Sex toys can be a miraculous tool in the bedroom - for everything from premature ejaculation to erectile dysfunction and a bunch of other things too! It turns out, just like how we use tools in other areas of our lives to make things easier and better, using tools in the bedroom can drastically increase our enjoyment and functionality.

Death Grip Syndrome becomes a problem because the two people involved in the sex consider it a problem. As we've talked about on Kinkly many times, orgasm isn't the be-all, end-all of sex or intercourse. Everything about your coupling could be about receiving pleasure, reconnecting with one another, exploring your bodies, and generally inhabiting a similar, vulnerable space where your bodies may be on display.

That's all to say: Death Grip Syndrome doesn't have to be a problem. If the penis-owner can only orgasm through handjobs, that isn't all that different from the myriad of clitoris owners who find that only a good wand massager is going to do the trick. We have this cultural expectation that penis-owners should be able to achieve orgasm through intercourse, but that doesn't have to be the case - and it isn't, in some cases, even outside of Death Grip Syndrome.

That being said, a lot of people find that Death Grip Syndrome is a problem - but only because it's hampering their ability to enjoy parts of their time together. It can be frustrating to want to orgasm via intercourse - but finding it impossible. In some cases, the time required to achieve orgasm via intercourse can leave the receiving partner extremely sore - even raw and bleeding - which can result in intercourse being off the table entirely for longer than the two people may want while you heal.

Death Grip Syndrome can present more of a problem in casual encounters. Like I said, our society expects penis owners to easily orgasm via intercourse, and it can be an awkward conversation you may not want to have with a casual partner.

In any case, if you're reading this article, you're probably are looking for a "fix" for this problem that's bugging you.

It takes time - and effort - but if you're hoping to help your body become more sensitive to other types and tightnesses of sensation, these can be some great ways to help yourself swap things up:

Expect This to Be a Process

Death Grip Syndrome builds up over time; you won't be able to reverse it instantly.

Most importantly, you need to know that this might occasionally be frustrating. If your body is used to achieving orgasm in a certain way, and you're trying to mix that up entirely and make it orgasm in a new way, you can, expectedly, find days where you're unable to orgasm.

I can't give you the exact way that's right for you to undertake this process. Will you resolve not to orgasm unless you can do it without the tight grip you're used to? That will likely start to work faster - but that could likely mean going weeks without orgasm.

It's really up to you - and what you want to do. But expect it to take months. This isn't a quick process.

Use a Penis Stroker

That's where penis strokers come in - especially ones that are encapsulated in a plastic case, like the Water Activated Pocket Stroker by Cloud 9 Novelties. Using an entirely different stand-in for your hand essentially acts as a barrier towards accidentally swapping back to the tightness you always use.

A penis stroker that's contained within a plastic case can be a particularly great idea. Uncased penis strokers (like the Cloud 9 Handheld Torso Stroker) or your bare hand allow you to use the grip you are used to, whereas a plastic case keeps you from squeezing the stroker as tightly as you get closer to orgasm. When you use a stroker encased in plastic, you are able to vary the tightness with your grip strength somewhat, but not to the extent you are used to. Some cases are so rigid that squeezing the plastic case won't make the stroker any tighter at all. It will "force" you to into accepting whatever tightness the penis stroker was built with.

Switch it Up Pre-Orgasm

Essentially, this helps train your body physically (and you, mentally!) that it's possible to orgasm with a gentler touch - and that the super-tight grip of Death Grip Syndrome isn't necessary. Over time, this can really make a difference.

Intentionally Deny Yourself Before Partnered Encounters

Since we're going for the opposite here (to help you be able to achieve ejaculation easier!), we're doing the opposite. Not only will depriving your penis of any sort of touch or attention make you more aroused the day of, but it will also make every touch feel even more pleasurable when that time finally comes around.

The Case for Owning More Than One (or 10) Vibrators
by M. CHRISTIAN

Some people find success with using a pillow. (I recommend a pillow you don't generally use for sleep - and one that can be washed!) Others find pillows to be too soft. In that case, your mattress (with a towel down) can be a good place to start.

Use a Looser Grip

I certainly know how easy it is to see orgasm on the horizon - and do anything possible to try to get there. It's going to take some presence of mind to ensure that a tighter grip is off the table when those moments happen.

Not ready for that amount of focus - or finding you're accidentally reverting to the grip you are used to? Don't be afraid to go back to using penis strokers. Especially when the penis stroker has a hard, plastic case, the toy will take the ability to "accidentally forget" straight out of your hands.

Yep! Any person of any anatomy can "train" themselves into requiring specific types of stimulation in order to orgasm. You likely don't hear about this syndrome affecting vagina-owners as often because orgasm during penetration is without external stimulation is a rarity for people with vaginas.

What if it Doesn't Work?

If your attempts to fix it aren't working within a few weeks, it's probably time to check in with yourself - and realize that you're going to have to be in this for the long haul. It took you a long time to train your body into this, and it can take your body a long time to get trained out of it. It sucks, but it is what it is.

In the meantime, I know it's probably frustrating to deal with how it might affect you during times with your partner. I'd recommend focusing on intimate activities that feel great for the both of you - and stop worrying as much about orgasm being the pinnacle event during intercourse. Making space for other sexual activities - without as much focus on orgasm - can help you both discover new things about yourselves and how your bodies fit together. (If you're into it, exploring tantric sex can be a great way to connect, sexually, without a focus on orgasm.)

Like most things about our sexuality, your sexual superpower provides some downsides - but it also has some great benefits. Since you know exactly what type of stimulation gets you to orgasm, you can extend intercourse by doing activities that don't meet that threshold. There are hundreds of thousands of books that offer advice to last longer during sex; you're already there! Take advantage of it!

Exploring other ways to reach orgasm - like stimulation after intercourse or pulling out to stroke yourself to orgasm can be helpful as well. There's no need for you to go without orgasm; you both just may need to figure out ways to help you achieve orgasm that doesn't involve intercourse. (In fact, this is something that many vagina-owners have been doing for a long time!)

If you haven't considered penis strokers before, consider this your sign to give it a try. Penis strokers offer a whole lot of stimulation in a compact package - and can give you both something to try if your partner's handjobs aren't getting you to orgasm. As someone who loves using penis strokers on their partner, I highly recommend you explore that avenue along with other activities. It gives handjobs a different feel and a different visual- which can switch things up.

I'm also really fond of being able to focus on his expressions. If we're having intercourse, I'm likely focused on being relaxed or feeling the sensations as he penetrates. I'm usually too distracted to notice anything that's going on with him. That isn't the case when I'm using a penis stroker on him. I find that I get to enjoy all of the nuances of his expression as he slides inside a warm, lubed stroker, and I get to watch all of the expressions he makes. It's definitely hot, from a partner's point of view, and something I'd highly recommend while exploring your options.

Don't Hesitate to Reach Out to a Professional

If an inability to orgasm how and when you want to is still something that's impacting your life down the line, you may consider reaching out to a sex therapist to see if they can offer further input. There's only so far that you can go on your own, and after trying for awhile, it might be time to see a professional.

Every body is unique (and this might be how your body processes pleasure!), but, especially if it's a new problem, it could also be a sign that something's wrong, and only a medical professional can help you identify what that issue may be. Injuries, hormone changes, medications, and other health issues can also cause loss of sensitivity in the penis, so if you have any reason to believe those might be part of the picture, don't hesitate to reach out.

MORE FROM CLOUD 9 NOVELTIES
All Articles

The Case for Owning More Than One (or 10) Vibrators
by M. CHRISTIAN 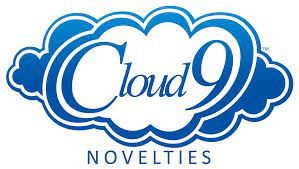