As sex researcher Debby Herbenick, noted in her article for the New York Times, "...pornography is fiction. That’s part of why many people enjoy it. However, there’s a risk if young women and men misunderstand sex as a result of a porn-only sex education."

Yes, not every feminist is honest or positive about sex. There are some folks in radical feminism who believe that all heterosexual sex is rape . In this post, I’m using "feminism" to refer to sex-positive feminism. Charlie Glickman defines sex positivity as "the view that the only relevant measure of a sexual act, practice, or experience is the consent, pleasure, and well-being of the people engaged in it or the people affected by it." I also like kinky feminist blogger Pervocracy’s discussion of sex positivity, which engages with its ethical and behavioral dimensions.

These discussions of consent are related. We need to examine the larger power relations that we’re born into and thus did not consent to, such as gender, ethnicity, social class, nationality, and so on. We need this examination just as much as we need to analyze the ways in which we consent to specific sexual acts.

In other words, it’s healthy to like specific behaviors that you’ve consented to in a given context. Similarly, for feminists the discussions of privilege are centered in the idea that privilege is always enmeshed in hierarchies; this is why there’s no equivalent "female privilege" to balance out "male privilege." Rather, it’s an effect of benevolent sexism. Which, again, is a structural problem that needs to be addressed. 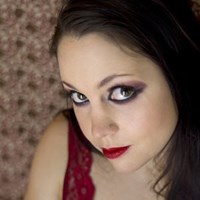 Jeana Jorgensen, PhD, is a sex educator and scholar. She teaches and writes about relationship communication, non-monogamy, and gender roles in expressive culture like fairy tales and fantasy fiction.
Full Bio