5 Top Tips for Getting Your Kink On

Think back to the days before you’d ever had sex. You were probably a little nervous about it. A little excited. A little afraid. And, if you were a normal teenager, you undoubtedly spent a whole lot of time wondering what it would be like.

Kinky sex - or even spicing things up, just a little - can be a lot like that. For those who haven’t given it a try, the thought of it often comes with a little apprehension - and a lot of excitement. Want to get your kink on but not sure where to start? Here are some tips on how to take your sex life from nice to naughty(er).

What Exactly Is Kinky Anyway?

Good question. A lot of the apprehension about "kinky" sex is what it actually entails. The answer is pretty straightforward - and appealing:

Kinky can be whatever you want it to be.

In a nutshell, kink involves activities that are a little taboo, or that are new or outside the boundaries of what we might have learned to consider "socially acceptable." In other words, it's anything that challenges you to push your limits!

That means you don’t have to [insert preconceived notions about whips and chains and aggressive-looking sex toys here] - unless you want to. OK?

Oh, and one more thing. It's important to understand that people who are into kinky sex aren't in it to hurt each other. They're in it for the excitement, the taboo, the pleasure and the opportunity to explore themselves and their partners. And this sense of novelty isn't just sexy; it can be a great way to re-ignite your desire for your partner.

Tip: Take It One Step at a Time

Maybe you’re excited about having the kinky encounter of your dreams, where all the sex toys and sex acts you’ve been itching to try come together in a crescendo of orgasmic ecstasy.

That would cool, but it’s pretty unlikely. And, to be honest, it isn't the best way to start.

If you have a fantasy of being tied, down, spanked, having a group of people watch, being humiliated ... that's awesome! Consider yourself sexually ambitious. But start with one component at a time, ensuring you have your partner's full consent along the way.

This helps ensure that all the new activities you try adhere to the No.1 rule of kinky play: They’re safe, they’re sane and they’re consensual.

Tip: Start With the Old Standards

When you're already turned on, that's the time to introduce that new element into the mix.

Because the aim of kinky sex is to push peoples’ boundaries, couples have to really communicate to ensure no one gets pushed farther than they want to go. That’s part of consent, and the only way you and your partner can negotiate it is by talking about it.

If you’re on the fence about engaging in an activity, talk about it first, maybe integrate a component of this new fantasy by talking about it to see how it makes you feel. Any kinky activities require more talk, planning and agreeing on boundaries. (The good news is, this kind of talk can be both sexy and fun.)

Tip: Decide on What You Want (and Don’t Want)

Many a major sexy time malfunction could have been prevented with some good, frank negotiating. No, you don’t have to write a formal contract a-la "Fifty Shades of Grey" , but you should lay out your soft limits (things you might consider) and hard limits (the oh-hell-no am I ever doing that things). It can be a little awkward and embarrassing for newbies, but it’s a lot better than the reaction you might get if you spring a kinky new interest on your partner. A whole lot better. It also helps ensure that you and your partner are aligned in terms of your desires. If one of you is interested in a silk blindfold and the other wants to head down to a dungeon, you may have a problem. (The same goes if you buying toys or subscriptions for a partner. Make sure they're into it first!)

Maybe you think handcuffs are kinky. Or sex toys. Even a new position can feel kinky. That’s OK. There is no sex Olympics, and there are no Russian judges standing by to give you failing marks on your not-so-crazy sex life. The key to using kink to create a better, more exciting sex life is defining "kinky" for yourself based on what interests you, what you’re comfortable with and what turns you on.

Everyone can be kinky, so don't judge, whether your partner wants to be tied up like a pony or do missionary in the dark.

Time to Get Kinky?

Research shows that the more types of sexual activities a woman engages in, the more likely she is to orgasm. (We can only imagine that men like a bigger sexual repertoire too ... alas, no data!) Dabbling in a little something kinky can intensify the connection between partners, broaden the scope of communication and increase couples’ sexual satisfaction. To accomplish all that, however, your brand of kink must be unique - it must be you. If you think about it that way, getting kinky really isn't that intimidating. So, if you've had enough of nice, go ahead and get naughty.

Relationships
Not Really My Thing: When Your Partner Reveals Kinks You Don't Share
by PAGE TURNER
Have Better Sex!

Relationships
Not Really My Thing: When Your Partner Reveals Kinks You Don't Share
by PAGE TURNER 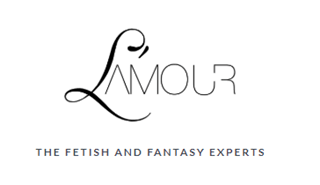