As a graduate student in philosophy, I had to do a lot of reading. Most of it was pretty dry - Heidegger, Kant, Aristotle, etc. Then I took a seminar on Michel Foucault and things started to get interesting. Suddenly, I was reading about sex and power and discourse. It was fantastic! Plus, I had the perfect excuse to write a paper about S/M. So I did. What I learned was more than even I anticipated.

So does a desire for a good spanking mean you're sick? I don't think so. Here's why.

Safe, Sane and Consensual: Would you like to be spanked?

Sounds pretty safe and sane, doesn't it? My point exactly.

Sexologist Carol Queen wrote a fantastic article in the Journal of Women and Therapy offering a helpful critique of the DSM:

Does it really say that spanking makes me crazy?

Well, yes and no. In the DSM-IV-TR (which is the fourth edition of the DSM), sexual sadism and sexual masochism were listed as paraphilias. The DSM defines paraphilias as "recurrent, intense, sexually arousing fantasies, sexual urges, or sexual behaviors … that occur over a period of at least six months…" Sound pretty vague? It is. Now admittedly, some of these concerns were addressed in the most recent publication, the DSM-V, released in 2014. The American Psychiatric Association website posted updates to the paraphilic disorders and actually said that "most people with atypical sexual interests do not have a mental disorder."

Spanks for Everyone! (But Only If You Want 'Em)

Oh, and if, after reading all of this, you've decided that you might just want to give this spanking thing a try, I recommend starting at the same place I did: Fetlife. There are groups on every conceivable kink and innumerable discussions ranging from how-tos for newbies to discussions about the philosophy and psychology of kink.

If you're more of a hands-on learner, find a partner who is willing to experiment with you and have a good long chat about things you want to try. Start slowly; there's always time to add more sensation or depth of experience. In fact, you can be as kinky as you want to be. Just remember, be safe and have fun! 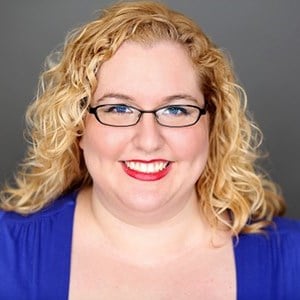 Ashley Manta
Ashley is a feminist sexuality educator, certified consulting hypnotist, and sex-positive writer. She believes that knowledge and consent are essential to making informed decisions so she provides comprehensive sex education and empowerment training.
Full Bio
In The Kinkly Shop
Visit The Kinkly Shop