by ZOE WILDER
Published: MAY 24, 2016
These scenes are as steamy as they come (no pun intended). Be sure to lock the door in case inspiration strikes.

Whether you’re looking for a laugh or foraging for foreplay material, this list of provocative flicks will pique your interest. Curl up with your favorite blanket, grab some popcorn and press play. Stimulation is on its way!

There’s Something about Mary

When Ben Stiller follows bad advice to rub one out before his hot date, the half icky/half hilarious hair gel scene happens and keeps happening as you, the viewer, can’t help but cringe at the site of Cameron Diaz’s erect hair.

Maggie Gyllenhaal’s portrayal of a submissive secretary administering a menage a moi in a bathroom stall and again in bed while fantasizing about her dominating boss is worth another look. Working in an office has never been this hot.

Consumed by dance, Natalie Portman plays a prima ballerina with a controlling mother who almost catches her during a very graphic intimate moment. Just as she’s about to climax, she looks over in horror at the sight of her mother asleep just a few feet away.

While Madonna is not best known for her acting abilities, she was very convincing during her sexy solo time in this sensuous flick. Perhaps all of those years of simulated sex on stage during her "Like a Virgin" tour prepared her well.

But I’m a Cheerleader

Natasha Lyonne’s developing crush on Clea DuVall leads to a lascivious rendezvous with her hand rubbing ecstatically over her underpants. This scene was so racy, the director was forced to cut it down significantly because the MPAA rating board called it gratuitous.

Diego Luna and Gael García Bernal are sex obsessed. It’s all they think and talk about; so much so that they can’t help but fantasize about teachers, their girlfriends’ mothers, and even Selma Hayek as they splooge into the country club’s swimming pool while perched upon the diving boards. 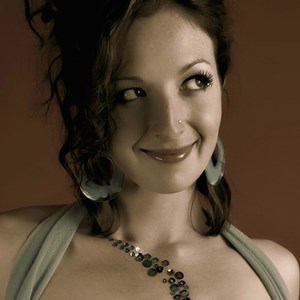 Zoe Wilder is a media relations professional and business consultant orbiting cannabis, tech, wellness, music, art, wine and spirits. For 17 years, Zoe has worked with hundreds of clients across a variety of industries to develop and execute inventive promotional content and campaigns that capture the attention of tastemakers and influencers from around the globe.