The Power of (Non-Sexual) Touch

by ROBIN ZABIEGALSKI
Published: MAY 4, 2018
Americans tend to believe that physicality should be reserved for only the closest relationships. That can leave some people starved for touch.

I am and always have been a fan of touch. When I meet someone I’m more likely to go for a hug than a handshake, as long as the situation deems that appropriate. When I’m communicating with people I tend to get close, and place my hand on their shoulder or arm. When I’m on a couch with close friends I’m typically sitting so close that our bodies are touching and it’s not uncommon for me to end up in a full-on cuddle. I just really love to touch people and to be touched.

My overtly physical nature has often been misinterpreted. Men and women have taken advantage of my comfort level with touch and violated my trust. People are often baffled when they see me cuddled up with a person who isn’t my husband and assume that I’m acting inappropriately. People have assumed that my physical interactions with their partners is seduction. I’ve been told that I need to develop boundaries. This confuses me; it actually takes an enormous amount of boundary navigation to be as overtly physical as I am.

I have become an expert in navigating people’s comfort levels with touch. I read body language and non-verbal signals to determine whether it’s appropriate to touch someone before I do. If I’m at all unsure, I ask. If someone gives me any sign that they’re uncomfortable with my proximity or my casual physicality, I disengage. I’m always carefully determining who’s safe and receptive and seeking physical contact from people who enjoy giving and receiving touch. It’s an incredibly nuanced process, with which the majority of the people in America are unfamiliar. And as a bit of a cuddle whore, I kind of think that's a shame.

Should touch be reserved for only the closest relationships?

American society is fairly uncomfortable with physical contact. Americans tend to believe that physicality should be reserved for only the closest relationships: family and partners. Physical contact between friends, especially friends of the opposite sex, should be very limited. Hugs, but not caresses. A pat on the back, but not a back rub. Even the smallest gestures of affection, like hand holding or cuddling, are reserved for romantic relationships. Touch is highly regulated, and when someone, especially a woman, is liberal with their touch, they are branded as inappropriate.

The flaw in the logic here is that humans actually have a basic need for touch, a need which has been termed “skin hunger” or “touch hunger.” Most of us are familiar with the concept of skin or touch hunger as it applies to babies. Studies have shown that babies who are touched more frequently early on in life are healthier and perform better cognitively than babies who weren’t touched very often. Babies literally need physical contact to develop and grow and the more they receive, the more they thrive.

The Need to Be Touched Doesn't Go Away

Finding a way to access safe, non-sexual touch can be a challenge, especially in a society where touch is so often correlated with sexual activity. One interesting solution people have found are companies that organize “cuddle parties,” where people can come meet new people and literally just snuggle with them. The parties aren’t a front for sexual activity. In fact, there are strict rules against the cuddle turning sexual. The entire point of the gatherings is to facilitate safe, non-sexual touch. For those who aren’t down to be little spoon to a stranger, regular massage or reiki sessions can satiate skin hunger.

Read: Why Cuddle When We Could Do It?

Obviously, I’m a person with a very high skin hunger. I used to wonder if there was something off about the way I craved touch, but after learning about skin hunger I’ve come to understand that my need for touch is just part of my makeup.

To ensure we don’t end up touch starved to the point of ruin, the rules around touch need to be changed. Touch shouldn’t be reserved for romantic relationships. People, especially women, shouldn’t be shamed or stigmatized for craving physical contact and acting on that craving. We should be focusing on how to engage in touch in a safe and consensual way, and decoupling touch from sexuality. 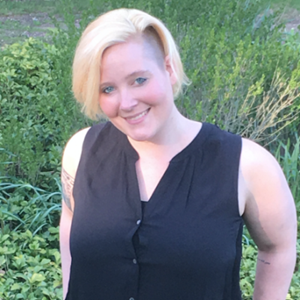