Is This High Libido or a Serious Sex Addiction?

by KAREN WASHINGTON
Published: FEBRUARY 23, 2015 | Updated: JULY 21, 2021
While sex addiction is not currently recognized as a diagnosable disorder, it is an issue that many are struggling with. The following story is one told to me by a woman grappling with what would be said about her versus how she feels about it.

According to the Center for Healthy Sex in California, this woman would be treatable for sex addiction. However, she doesn’t feel the same way. Read what she had to say below and tell us what you think.

Is she a woman with an insatiable sex drive or is she a sex addict? Is there even a difference?

I discovered sex late in life. My initial introduction wasn’t impressive. By then, I had also learned to have sex purely for the sake of sex. I didn’t need the flowers, the romance, or the pretty words. I just needed a good lookin' man who knew what he was doing between my legs.

I enjoy sex. I desire sex daily. Sometimes, if I have the right lineup or the right partner, I will attempt to have sex several times a day. Other times, I honestly need to have it that often. That need can override anything else going on in my life. My obligations and plans all go out the window on the chance of securing my next lay during times like those.

Sex is also an act of consumption for me. When I need that release, I seek sex. When I need a break, I seek sex. If I am not in a relationship, I seek someone to use to bang out whatever emotion that I need to deal with. I have gone through men like water. If they aren’t good, I discard them. As a favor to the next woman he sleeps with, I tell him where he went wrong so he doesn’t repeat the same mistake. However, he’ll never hear from me again after that. I tend to keep upwards of seven men on call at any time. You never know when one or two of them won't be available. Seven means someone can come over at a moment’s notice to help me. It also means that if he doesn’t satisfy or satiate me then there is another one to call to get through that space of craving.

I have slept with three men in one day...one 24 hour period. While that may seem a lot to many, I saw that as only a few. I could’ve done more… I was more worried about how I might feel about myself in hindsight if I had to remember I took on more than three guys in one day. Each guy had tapped out - maxed to his sexual capacity for the day and still I felt unsatisfied.

I’ve had some partners complain about my sex drive. Others are ecstatic. My girlfriends are typically flabbergasted or envious. When in a relationship, I can take my man up to five times a day. That’s his max between work and allotted energy. I could do more sometimes. I remember one monogamous lover had to stop at five no matter what I did to cajole him to go just one more round because I wasn’t done yet.

I want to include, especially after the release of Zane’s novel to movie "Addict," that I was never molested. I wasn’t sexually abused. I have no sexual trauma that I am reacting to or recovering from. I just love sex. Sometimes, I just need sex. I occasionally cope or avoid through sex. I still fully function in society by going to work, socializing, and treading that thin line that the psychological community would believe makes me an addict. I wanted to share that there are sex addicts that are purely in it simply for the sake of enjoying sex.

Tell us what you think: Is this woman’s sex drive too much? Should it be considered an addiction?

Perspectives
What Is Sexual Fluidity and Why Are Scientists Studying It?
by ANABELLE BERNARD FOURNIER
Advertisement 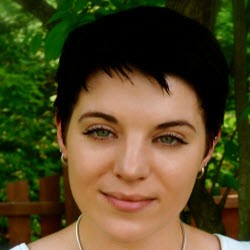 Karen Washington
Karen Washington is a graduate of the Adler School of Professional Psychology and is a Licensed Marriage and Family Therapist. She specializes in sex therapy, with a foundation in communication and self esteem. Karen works with couples and individuals through discrepancy, dysfunction and disorder to achieve their desired sex life. She firmly believes in presenting education and information through the lens of humor, especially when it comes to sex.
Full Bio
In The Kinkly Shop
Visit The Kinkly Shop