by S. NICOLE LANE
Published: MAY 31, 2019 | Updated: JULY 27, 2020
Presented by KINKLY SHOP
Controlling a sexy toy with an app is the future. It’s smooth and sexy. And the Jive does a great job of making you feel that way as well.

I am also someone who also suffers from moments of painful intercourse, so I have a preference for soft, smooth and flexible toys. Pleasure can be easily met with pain if I move a certain way or sit up too quickly, so soft ergonomic toys are a must. 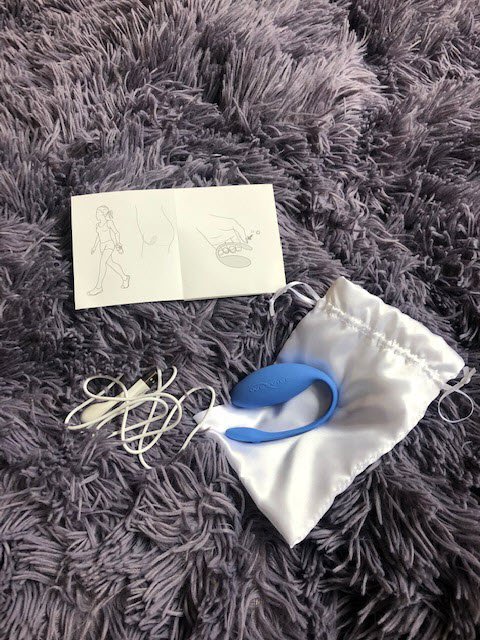 The We-Vibe Jive with storage bag, charge cord and instructions.


So, I was excited to try the We-Vibe Jive. This is a toy that has been on my wish list for a while. It did not disappoint. Petite in size and soft in texture, this toy is visually pleasing. When I took it out of the box, I wiggled it around for a moment. I enjoyed the heaviness of the tail of the toy, as well as the blue color of the silicone. There is a magnet on the tail where the user can attach the charger (which plugs into a USB port).

The We-Vibe Jive has been on my wish list for a while. It did not disappoint.

The Jive arrives with an accompanying white silk bag for storage. For this small extra, I am eternally grateful. As a sex writer and kink enthusiast, my toy drawer is bursting with silicone. It’s become so out of hand, you can probably come across a vibrating bullet while searching through my medicine cabinet. Hygienically, the white bag is a great addition, and it helps me keep things organized. 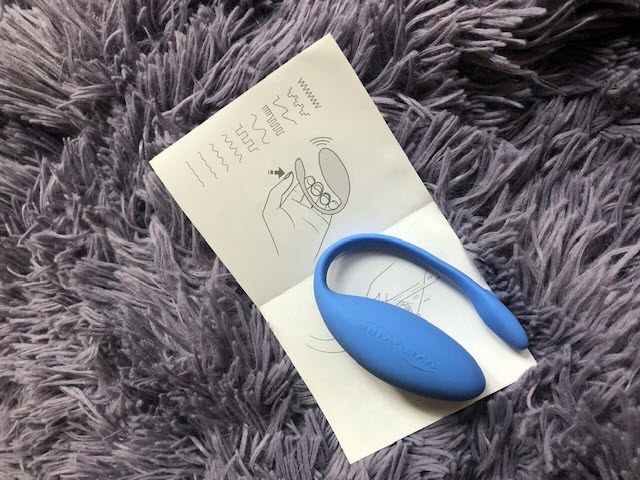 The We-Vibe Jive is soft, smooth and comfortable to wear.

After the We-Vibe is charged, I'm ready to take it for a spin. It was a Saturday, early afternoon. I laid on my bed sheets and decided to turn off "The Sopranos" to better set the mood. Being newly single lends many new fantasies for me to meditate on and many reasons to do so frequently. I decided to try the Jive alone for personal reasons. Plus, when reviewing something for journalism, my career always seems to dampen the mood. With me, myself, and I, I’m allowed to call the shots - and the orgasms - that may potentially be up for review.

We-Vibe also sent along a complimentary packet of lube. The sun was shining through my window, blinds open, the first traces of spring in Chicago were beginning to peek through. I squirted the lube on to the toy and inserted its round, bulbous head.

For toys that are intended to be worn for extended amounts of time, it’s imperative for them to fit snugly and comfortably. As I mentioned before, being someone with a sensitive body, I tend to move slowly when a toy is inside of me but the Jive is well-shaped. I was able to walk around, sit up and move positions while still remaining in my pleasure zone. 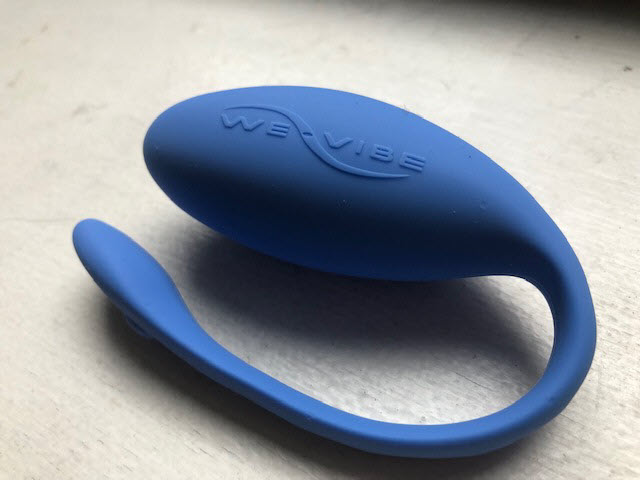 This little toy is both comfortable - and orgasmic - to wear.


The We-Vibe company does a great job of having visual representation as well as moving images, like video, to explain their products. My only slight upset is that their advertisements are excessively heteronormative. Standard Innovation, the company behind We-Vibe, has been around since 2003. The We-Vibe line of sex toys in particular even won an award for being the best couples' toys around. In that sense, I find that the Jive fits in well.

So how does the Jive work? It uses Bluetooth to sync to the free We-Connect app, which is sleek and easy to access. You can control the toy and its vibrations by pinching an adjusting a waveform on the screen. Swiping left or right on the waveform changes modes, making the visuals equally appealing. You can create your own personal vibe for future dates with your toy as well. Messaging and video chats are also accessible when using the app with a partner.

It’s the most desirable to wear the Jive while out on the town, at dinner, or walking down the street. Having your partner control the toy while sitting across the room, or across the city, is how the toy is excitedly advertised. But in reality, I won’t be wearing a sex toy while walking through the streets of Chicago. I’m more of a person who would rather use this toy in a long distance situation, or control the vibrations myself via the app. The app removes any need to press buttons and sort through vibrations on the toy (aka digging my hands between my crotch to find the buttons). Instead, I can sit back and relax while my phone works as the controller. The toy's 10 vibration settings are fantastic - there's so much room to experiment! I think this is where I find the toy to be the most successful. By far, my favorite pulse was the “Ultra pulse” which was a fast paced and intense vibration. After “Ultra” are various modes, which were also fun to explore with and enjoy.

The use of the toy is five stars: it does the deed, is comfortable to wear, and is easy to access. I have had toys that are difficult to navigate and where functionality is limited. The Jive is the opposite. The addition of the We-Connect app is appealing even for someone using it alone (and when I used it with a partner a week later). Controlling sex toys with an app is the future. It’s smooth and sexy. And the We-Vibe Jive does a great job of making you feel that way as well.

S. Nicole Lane
S. Nicole Lane is a sex journalist and visual artist living on the South Side of Chicago. She writes actively about health, wellness, and the arts. There is a high probability that she will corner you at a party to lecture you about HPV.
Full Bio
In The Kinkly Shop
Visit The Kinkly Shop