Takeaway: It might seem odd to say, but one of the biggest take-aways from trying out the Twist Textured Plug was its comfort.

I can certainly think of worse jobs. In fact, I’ve personally had more than my fair share of them, which is all the more why I’m so extra thankful for this extra-great one: getting to not just test out all kinds of cool new sex toys, but then get the extra-special kick of being able to share my experiences with you all about them.

And this time my pleasure is extra-special because I had the opportunity to test fly the new Twist Textured Plug from the great folks at b-Vibe and, let me tell you, it brought a very large smile to my face as well as a great deal of pleasure to… well, other parts of my body.

Before we get into that, however, it’s more than worth mentioning that the Twist Textured Plug isn’t just another toy designed by committee, but rather part of a unique line created by the dildo-queen and sex educator herself, Zoë Ligon. 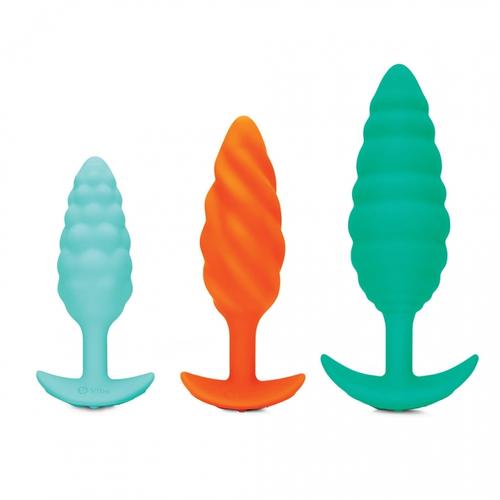 Charging wise, the toy has a neat magnetic connection built into that flange that works very well with the included cable. As with every other toy on the planet, you’ll have to use your own power adapter, but, honestly, who doesn’t have more than a few of those already laying around? 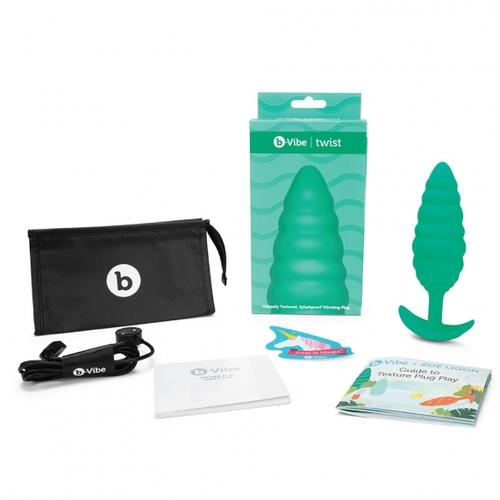 In regards to what it does, the Twist Textured Plug most definitely delivers through its six different vibrational patterns. Selecting them, as well as powering the toy on, is as seamless as its silicone skin through a single, easy to find and use, button on the flange.

Even though I consider myself, shall we say, familiar with this kind of play I’m still always a tad nervous about giving a new toy a whirl, but this initial nervousness quickly vanished after application of sufficient lubrication and spending just a few minutes with the Twist Texture Plug. It went in easily and—here’s that word again—seamlessly.

Shortly after getting comfortable with the Twist, the importance of Ligon’s texture became very—and pleasantly— evident. Now, your experiences will no doubt be your own, but for me, it was just the right amount and the right form. Which got even more pleasant when the toy was turned on and I spent a nice time cycling through those vibe patterns.

It might seem odd to say, but one of the biggest take-aways from trying out the Twist Textured Plug was its comfort. It was most definitely arousing, but not in the obviously artificial or even occasionally harsh matter of other toys I’ve tried over the years. Rather it's as if it was working with, and never against, my body.

Read: 5 Ways to Use Butt Plugs to Take Your Sex Life to the Next Level

Again, your own experiences will be different, but personally, I absolutely and most of all enthusiastically recommend picking up any one of this line from b-Vibe, based on my own pleasurable time spent with the Twist Textured Plug.