If you’re into, or just really curious about back door play, then the fine folks at b-Vibe have something you should definitely take a look at. 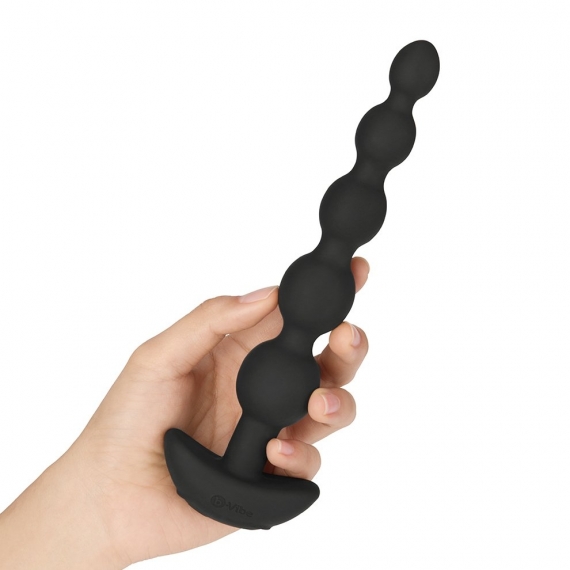 Butt First: What You Need to Know About Your Butt

Back to vagina versus anus: for the former, water or silicone-based lubes are best, as anything oil-based raises the risk of messing with the vagina's natural bacteria levels, leading to imbalance and even infection.

The anus, though, is designed to absorb moisture, making a water-based lube is a bad idea. Here, oil or silicone lube is best. Some people even use plain, old coconut oil and report great results with that. Note that silicone-based lubes can degrade silicone sex toys, so keep that in mind when making your selection.

Doggy Style Position: How to ACTUALLY Make it Feel Good
by MISTRESS KAY

7 Ways Your Sofa Can Make Sex Better (Including Oral Sex!)
by M. CHRISTIAN

The Right Toy for the Job

Retailing $160, the Cinco is, at first glance, a tad intimidating. After all, it’s slightly over eight inches long, with nearly seven inches of what the sex toy industry calls "insertable length." In other words, that's the part that's designed to go up there.

But back to the Cinco. The first thing you notice about it is its high quality. It's totally covered with easily-cleanable and durable silicone and the whole thing is so sleek and beautiful, it has that erotically thrilling (or is this just me?) kick you might get unboxing something from Apple.

The Cinco has that erotically thrilling kick you might get unboxing something from Apple ...

Sporting three high intensity motors, five (hence the name) beads and a comfortable flange - where the charging point and manual controls are - the Cinco … well, it kicks ass.

Included with the toy is a neat little wireless control and a USB charging cable (plus a manual). Sorry, it doesn’t come with an actual USB-compatible plug but, seriously, who doesn’t have at least three of those things laying around?

To get the b-Vibe Cinco up and running you first have to charge it for a couple of hours. The charging isn’t induction but instead uses a pair of metal contacts that stick to the cable with a moderately strong magnet. Getting them to click together just right is a tad tricky but the Cinco’s power indicator pulses when you’ve done it correctly. 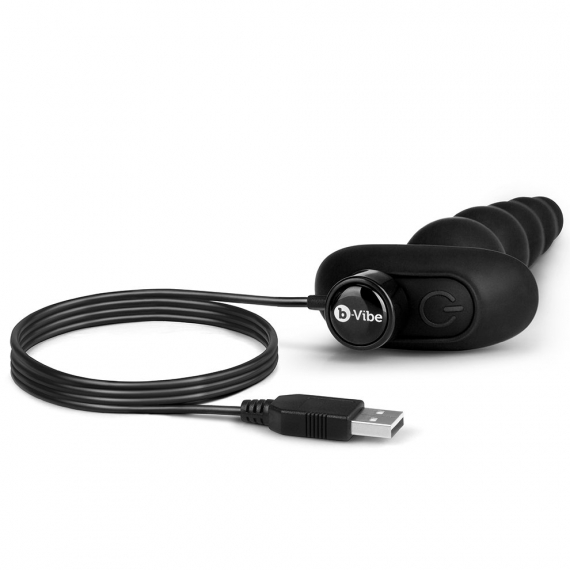 Once in, using the remote control made it easy to have a fun time with the toy. A piece of advice, however, is to first familiarize yourself with its controls and capabilities, as trying to figure it all out “on the fly” as you’re using it might cause a bit of frustration.

At the risk of repeating myself, a big part of the take-away from the Cinco was its comfort. Never once did it feel too much, and while it wasn’t something I tried, it’s conceivable that you could putter around the house while wearing it, which is a tremendous compliment to B-vibe’s designers and engineers.

An added plus is that the Cinco is waterproof, meaning that you can take it in the bath or shower too.

One tiny thing that, while far from a playtime deal breaker, did kick me out of the experience a couple of times was accidentally hitting the power-off button, either on the toy itself or with the remote. This isn’t a flaw in the toy, though, but rather my own initial lack of experience.

Another measure of the Cinco’s quality is the ease of cleanup. A bit of dish soap and water and the toy looks just like it did coming out of the box. Even the remote, which got a little oily from the lube, was just as easy to clean.

Extremely high quality materials, powerful but not too-powerful motors, good controls offering a great array of patterns and vibrational intensities, a superb and best of all comfortable design, plus being easy to clean, makes the Cinco easy to recommend and well worth the cost.

In short, this is a toy that could easily become a welcome and exciting addition to your playtime activities - it will definitely be part of mine!