by MISTRESS KAY
Published: APRIL 6, 2020 | Updated: JULY 22, 2020 12:26:41
Presented by KINKLY SHOP
If you're looking for a sex toy that closely resembles the pleasure of your own fingertips, that's exactly where the Zumio comes in.

Who said vibrations were the only way a sex toy could pleasure a clitoris? We certainly didn't!

Instead of adjusting vibrations, the Zumio allows you to adjust the speed of the rotations of the small, pinpoint tip. Much like an elegant pen, this purple clitoral toy was designed for a gentle (or firm!) press of the rotating tip up against the clitoris. Apply a firm pressure to allow the rotations to provide strong pleasure to the clitoris while a light pressure can feel more like a gentle, teasing touch.

What's the Difference between the Zumio X and the Zumio S?

Turns out, a 0.25" tip swirling around the clitoris can be quite a pinpoint stimulation. For some people, they've been waiting their whole lives for a sex toy to come out like this! For others, they definitely want to enjoy the pleasure, but they're unsure about something quite this pinpoint. 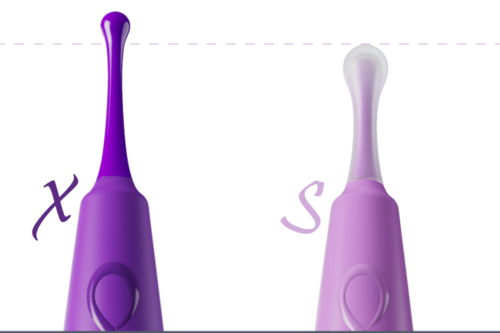 The two different Zumio models correspond to the intensity of the pinpoint stimulation. By shortening the stem and adding a soft, thick cover around the tip of the Zumio, the Zumio S is much less-pinpoint. It still provides the same pleasurable rotation that this purple sex toy is here for, but it isn't quite as "in your face" on the intensity. The Zumio S can go from a four to seven on the pleasurable intensity scale while the Zumio X is more like a six to 10.

But hey, if you want "in your face", the Zumio X is the way to go. No-holds-barred pleasure.

Which One Should I Choose?

Do you like to explore your body, slowly build up intensity, and then crash into a long-building orgasm? Do you tend to prefer a softer touch and more diffused pleasure that isn't focused entirely on the clitoris? We'd definitely recommend the Zumio S. 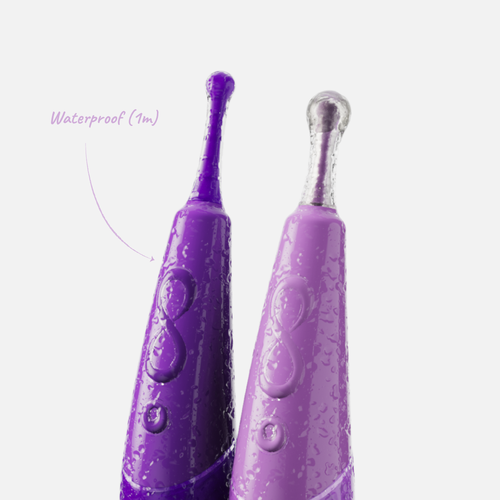 What Else Do I Need to Know? 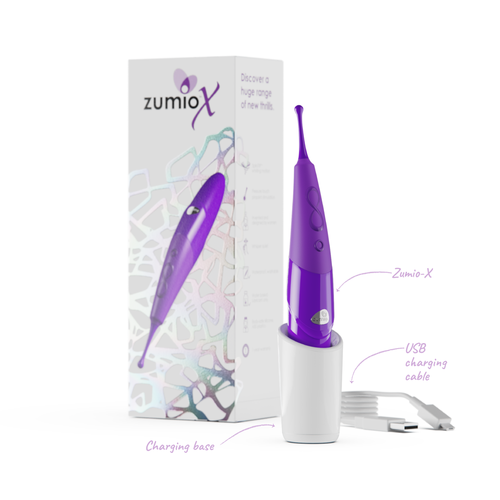 Experiment With Your Pleasure! 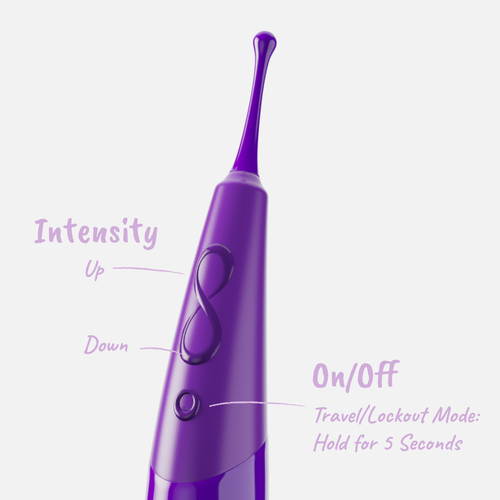 If you're looking for a sex toy that closely resembles the pleasure of your own fingertips, that's exactly where the Zumio comes in.