How do you feel about the idea of having sex with robots? Does it excite you, disgust you, fascinate you or just plain confuse you?

Maybe it's time to think about it, because sex robots have emerged from fantasy to reality - at least if you have a few thousand dollars to spend. Researchers say these increasingly life-like robots could be the future of prostitution the future of orgasm or, well, a sign of the end of the world. So are sex robots just a souped-up sex toy, or something more?

Sex toys aren't as ultra-modern as you might think. For centuries, sex toys and sex dolls have been manufactured around the world to satisfy men and women alike. The earliest sex robots created in the late 20th and early 21st century were often secret, one-off projects for their creators' private use. They were little more than mannequins with buzzing orifices and a limited range of programmed movements.

More recently, however, Japanese research into realistic androids with human-like movement - right down to small details like blinking and breathing - have been designed for the elderly and infirm. This development has also increased technological innovation in the sex robot industry; the latest sex androids from Japan exist in the uncanny valley between too human-like and not human enough, can be "programmed" with a personality, and have enough basic artificial intelligence to hold non-sexual conversations as well as respond to their owner’s advances. But as lifelike as they are marketed to be, many of them are far from human.

Japan has long been the hub of robotics innovation, so it isn’t surprising that some advanced sex robots are Japanese. HoneyDolls are Japan’s best-known sex robots, available to buy from $7,500, with real-feel skin and pressure sensors that can activate a voice chip to make them respond to users' touch.

U.S.-based company True Companion created the world's first full-sized sexbot, Roxxxy, and released it in 2010. Although you might mistake her for a real person at a quick glance, her lack of poise and less-than-expressive face quickly give her away. True Companion now offers a range of models, from the $7,000 Roxxxy Gold to the $995 RoxxxyPillow, a slightly unnerving design without arms or legs, that tucks into a cushion to save space - and, one would suppose, awkward explanations.

The most publicized male sex robot is probably Rocky True Companion, from the creators of the Roxxxy doll. Described as "well equipped … with 2 inputs", Rocky is designed to appeal to gay men as well as to heterosexual women.

Rocky’s customizable features, from his eye color to facial stubble and pubic hair, are purely cosmetic, but Rocky owners can also get new "personalities" for their robot online. The cost of this life-sized action figure? Around $6,500. (Quite a price tag. For a cheaper alternative, try improving your sex life with your non-robotic partner. Get some tips in 8 New Year's Resolutions for the Best Sex Ever.)

Of course, some people fetishize sex robots, and would like nothing better than a sex partner with interchangeable parts and panels that open to reveal their circuitry! But for many others, a sex robot might simply be an extension of the toys we already enjoy.

The cold, hard reality is that sex robots aren't some off-the-wall invention cooked up by sex-starved scientists. They're available because consumers want them at least enough to make selling them worthwhile. After all, they fill a basic human need, and make few demands in return (a little maintenance, maybe - even robots aren’t perfect!). This kind of hassle-free sex is a major reason for the sex industry, so it isn’t hard to imagine the potential of robotic prostitution, not only for potential clients, but for the sex trade and those who operate it. After all, robot sex workers need no rest breaks, never age or get sick and never go on strike. And one thing they will never do: carry sexually transmitted diseases.

So, you could argue that the widespread availability of robot sex partners will reduce the spread of disease, limit the moneymaking potential of human trafficking, and perhaps help to prevent some sex crimes. One research team has even suggested that the frequent, high-intensity orgasms a robot could provide may even make us live longer!

Is the Future of Sex Robotic?

Robotics and artificial intelligence experts predict a highly successful robot sex economy by 2050. David Levy, author of the technical and intellectual study "Love and Sex With Robots", sees no reason to doubt the potential for long-term relationships - and even marriages - between humans and robots. But Levy also suggests that society's ideas about what constitutes normal sex have changed - and will continue to change - as this technology continues to improve. From his point of view at the forefront of human-robot romance research, everything looks rosy for robot lovers. Maybe. But what about the rest of us?
Advertisement
Advertisement
Advertisement
Have Better Sex! 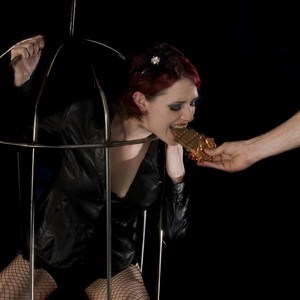