You've Got Options! 6 Super-Hot Things You Can Do With a Couples' Vibr

Takeaway: These unique sex toys were designed to be worn during intercourse but with a little creativity, you can get a lot more bang for your buck.

You've probably heard of couples' sex toys. Although many different types of sex toys can be enjoyed with a partner, the term "couples' sex toys" has come to refer to vibrators that can be used by heterosexual couples during sexual intercourse. In other words, most couples' vibrators are designed to enhance a good, old penis-in-vagina boning.

That's cool. And so are these toys. They can make intercourse sweeter for both partners. The problem is, they've been pigeonholed. For one thing, there are a whole lot more acts that fall under the mega-category of "sex" and, well, a lot of them are awesome. Some involve a penis in a vagina - many don't (particularly for non-hetero couples, where there may not be a penis and a vagina - or a penis or a vagina - at all). The good news is that while couples' sex toys have long been billed as sex toys for penetrative sex, they actually provide a whole range of other options that you probably aren't aware of. Here are six super-hot things you probably haven't thought to do with a couples' vibrator.

There are lots of toys that are categorized as couples' vibrators, including vibrating cock rings, hands-free vibrators and even bondage equipment. However, what most people are looking for when they say they want a couples' sex toy, is something like the LELO TIANI 2. 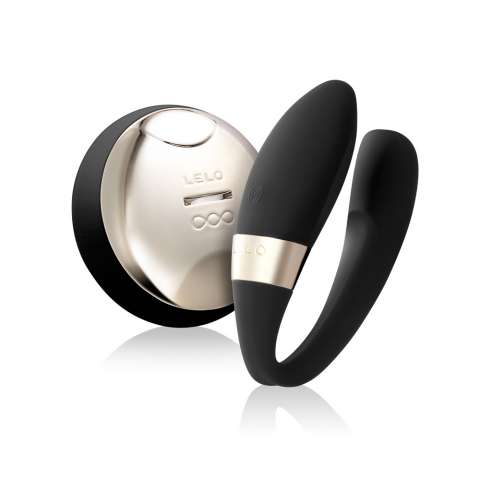 The TIANI 2 is a couples' toy designed to be worn during penetrative sex.

Toys like this one are designed to be worn during penetrative sex, providing both external stimulation to clitoris (yeehaw!). Some, like the TIANI 3, vibrate internally as well. This toy category has grown like crazy over the last few years and these toys have gotten tons of press. After all, most women aren't able to orgasm during intercourse; toys like these changed that for a lot of people.

The thing is, not everyone is into to penetrative sex, period. In fact, there are lots of different ways to have sex, and while these couples' toys are designed for people with vaginas, enjoying them doesn't have to involve a penis (although we're not knocking that option either)! In other words, couples' sex toys are a lot more versatile than they look. Here are a few additional options.

Use the Remote Please Your Partner from Afar

A lot of the latest couples' sex toys include remote control, allowing one partner to control the other's orgasms. This is fun for both partners - one gets to enjoy the pleasure and the other gets to watch and control it! With LELO's SenseMotion technology, toys like TIANI 2 can be controlled with the flick of a wrist. If you're into power dynamics, this can make for some fun times.

Use the Toy Solo for a Hands-Free Orgasm

Couples' sex toys are designed to be worn in the vagina during intercourse - and they're designed to stay put. That means you can enjoy one with nary a penis in sight. Just put it in, turn it on and use the remote control to adjust the settings to your liking. Mmmm ...

Wear It in Public

Because couples' vibrators can be worn and often include a remote control or app, wearing them in public (fully clothed, of course!) is an option worth exploring. Try choosing a dark corner of a busy restaurant and allow your partner to tease you throughout the evening. You probably won't want to hang around for dessert ...

Apply It to a Penis

The Bottom Line on Couples' Vibrators