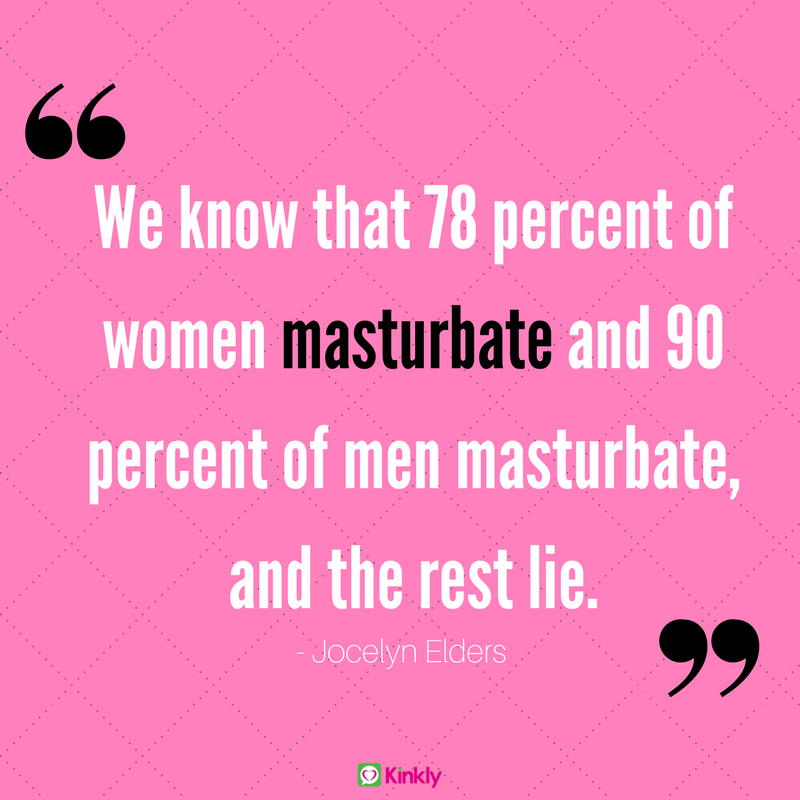 Even so, major controversy ensured. So much controversy that President Bill Clinton forced her to resign.

Over the years, one day was deemed insufficient, and the celebration was expanded to include the entire month of May.

Now that's a campaign we can get on board with!

If virtually everyone masturbates, why does the practice need PR? Good question. That's kind of the thing with sex, isn't it? It's a normal, natural part of being human, and yet many people react to the subject with mortification and shame. There may sex be everywhere you look, but for many people, sexuality is still (still!) tied in with a whole lot of shame. It might be religious, it might have to do with body image or it might just be a very broad and misdirected feeling that touching ourselves and getting pleasure from it is somehow wrong.

Unfortunately, that shame can lead to all kinds of unpleasant feelings - and serious problems. It often prevents people from exploring their bodies - or even causes them to attach sexual pleasure with feelings of contempt and self-reproach. Pleasure and opprobrium. Excitement and guilt. They all get tied up together in a pretty fucked up package.

Shame around sex prevents people from talking openly and honestly with their partners, taking care of their sexual health and treating their sex lives like they matter. Which, of course, they do.

Read: From Little Orgasms to Badass Ones: How I Learned to Be More Orgasmic

Why You Should Join in the Fun

And you know what? That's something worth celebrating.