Vibrators also have quite a history. They began as medical devices used to treat “hysteria” in young women, then graduated to household devices marketed as back massagers or beautifiers or even fat busters. Nowadays, they’re marketed a lot more honestly as devices designed for sexual exploration and pleasure. And, for the most part, people can buy them (mostly) shame-free in an increasing number of stores - and online. Score!

Play With a New Vibrator Before Using It to Play With Yourself
Yeah. You heard that right. When you get a new toy, you probably want to play with it ASAP and see if you can get your money’s worth. But a lot of vibrators have a range of speeds and vibration patterns. It’s nice to know what these are, how many there are, and how to move through them. This helps you get to know your toy. It also helps you avoid a scenario where, in the heat of the moment, you accidentally flip past the setting you were loving and then find yourself frantically pushing buttons trying to get back to it. Master your controls before you turn the toy on yourself!

Move Gradually Toward Your Target
Whether you’re aiming for the clitoris or the G-spot (or both, you do you!), most people find direct stimulation of the most sensitive areas to be too much at first. Start at a lower vibration setting and start a little away from your hot spots, gradually moving in closer as your comfort and arousal allow. This is a great way to build up heat and tension – and avoid numbness.

Get Your Whole Body Involved
We often assume that vibrators are just for below-the-belt stuff, but the best lovers tend to use their whole bodies as erogenous zones. Use your vibe to experiment with this idea. Run it over breasts, stomach, hips, collarbones – whatever feels good. Sex is about way more than our genitals. If you learn to start playing this way solo, it might just change your sex life.

Use Lube
Lube doesn’t get nearly enough love. In fact, a lot of people assume that it’s just for people who don’t have enough natural lubrication. The thing is, even if you’re one juicy babe, lubrication levels can fluctuate with your mood, your cycle and even the weather. And more lubrication tends to mean more comfortable, longer play. This is true even with a vibrator that you plan to use externally. Even that small amount of vibration against your skin is a form of friction that can create some degree of irritation. Adding a dab of lube will make things so much better. Trust us on this one!

What are the different types of vibrators?

Because they are small and simple, bullet vibrators tend to have fewer vibration settings and features than larger vibes. That isn’t such a bad thing, though – it also tends to mean that as a whole, they provide a less-expensive option. That said, there are also fewer waterproof and rechargeable options in this category (although that is getting better!). 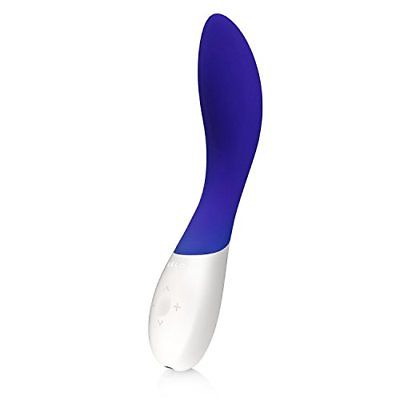 There are G-spot vibrators with curved, pointed ends, like the LELO Mona Wave. There are G-spot vibrators with a curved shaft and flat tip, like the Picobong Moka G.

There are also G-spot vibes with ridges, vibes that thrust, vibes that knock against the G-spot and so much more. What the best G-spot vibrators tend to have in common are deep, powerful, rumbly vibrations, so they work well for external play too.

This is a big – and fairly amorphous – category that includes just about anything designed to stimulate the clitoris. Bullet vibrators, clitoral massagers, butterfly vibes and most other small, external vibes belong here, but so do vibrators that are too big to use internally. This includes wand massagers like the Magic Wand, LELO Smart Wand, Tantus Rumble and Doxy Massager.

Another sub-category here are compact vibrators called lipstick vibrators. These vibes are made to look just like a tube of lipstick, making them easy to tuck away and conceal. The best of the bunch right now is probably the We-Vibe Tango X. Speaking of remote controls, remote-control vibrators are growing into a significant category all on their own, especially as technologies like Bluetooth improve and become less expensive to incorporate into new toys. Today’s best remote-control sex toys can be controlled from way across a room, or from another location (or country!) altogether, thanks to new apps that allow partners – and their toys – to connect over the Internet. Sexting will never be the same!

Butterfly vibrators are typically butterfly-shaped contraptions that are held against the clitoris with an elastic harness. They are designed to free up the user’s hands for other types of play, and may be used during intercourse. They are kind of cute and an interesting concept but … they are a bit old-school. In truth, there are much better clitoral vibes – and vibes designed to be used by couples during intercourse.

Vibrating panties are, well, panties that vibrate. Often, they’re really just panties with a bullet vibe in the crotch lining. Fancy, huh? While this type of toy has long been considered a bit of a cheesy novelty item for bachelorette parties, some more powerful, better designed, higher quality options have come along to change things up. These include vibrators like the Jimmyjane Form 1, which fits nicely inside a pair of underwear but otherwise operates like a high-quality vibe should. It can also be controlled remotely.

Vibrating cock rings are considered a couples’ sex toy. They are often made of a stretchy material like silicone or rubber. They fit over the base of the penis, which helps the wearer maintain a harder erection. They also vibrate or are fitted with a vibrating bullet. This is designed to stimulate a female partner’s clitoris during intercourse. Some people love vibrating cock rings for the simple stimulation they provide. Others find them too weak, or too limiting in terms of the types of positions they allow.

Vibrating tongue rings aren’t common, but there are a few around. Essentially, these vibrating rings are designed to slip over the tongue and stimulate a partner while giving oral sex. It’s an interesting idea, and there’s definitely the opportunity for pleasure here. The only issue is that many of these vibes are low quality and aren’t made of body-safe materials.

Apps That Make Your Phone Vibrate

Body Safe Materials
OK. This one’s getting easier to find at all price points, so it should be non-negotiable. Some sex toy materials, particularly lower-cost, jelly-like materials, contain chemicals called phthalates. These plasticizers keep toys soft, but they may also have negative health effects. Plus, they may cause a reaction (such as a rash or mild chemical burn) in some people. Look for toys that are made out of pure silicone. Hard (ABS) plastic is another lower cost, body-safe option.

“Rumbly” Vibrations
Vibrators may vibrate one of two ways. One is in a buzzy way that tends to produce surface-level sensation and may feel a bit itchy and unpleasant down below. These vibes will still get some people off, but you can do better. Rumbly vibes have a deeper, throbbing, more powerful type of vibration. This creates better stimulation, and thus bigger, better orgasms. Most sex-positive sex toy retailers will let you test out the merchandise (on your hand). If you're shopping online, read reviews, or choose toys from brands known for their rubmly vibrations, such as Blush, Fun Factory, LELO and We-Vibe.

Recharbeability
Many of the newer, higher quality vibrators on the market are rechargeable and they charge up much like a smartphone, via USB, socket or by sitting in a special charging port. While this isn’t an essential feature, it is a nice one to have. This way, you don’t have to worry about keeping batteries around.

The Warranty
OK, most retailers and manufacturers won’t accept returns because ewwwww. However, while some companies stand behind what they make and/or sell, others don’t give a damn. Purchase from companies with a reputation for dealing with customer complaints. If you buy a vibe that doesn’t work for you, that’s nobody’s fault, but it’s nice to have a recourse if you buy something that’s broken or defective. You can also check our retailers; some will replace defective or damaged merchandise, others won't.

Well, anywhere, really. They’re all over the internet. But are you really sure you want one? Many of the really cheap vibrators are low-quality knock-offs with low-quality motors that are made of questionable materials. Instead, try shopping around for deals, coupon codes and discounts from higher quality brands. These toys will still cost considerably more, but they’ll bring you way more pleasure too. Plus, good vibrators can last for years, which is a much better deal than buying something cheap that dies or falls apart after a few uses.

Need a few lower cost picks that are still high quality? Check out The Top Low-Cost Luxury Vibrators to Try.

This is actually a question people search for all the time. And the answer is ... it depends. When it comes to your body and your pleasure, you can do what you will, as long as it doesn't infringe on others. Do you want your partner to secretly tease you with a remote-control vibe in the back of a dark restaurant? Cool! Just keep the fun to yourselves and everything should be fine. While many people are turned on by doing something a little risky in public, performing any sort of sexual act in view of people who did not consent to see it is not cool (and could get you in trouble with the law). So, yes. Use a vibrator in a public if you can do it discreetly. Otherwise, please don't.

Is there anything else I should know about vibrators?

Not that we can think of. They’re a fun, safe, accessible way to enhance self pleasure and your sex life. Why not give one a try? That said, if you do have more questions, feel free to drop us a line!