And then, every once in a while, a toy comes out that does something different, something new, a toy that provides a brand-new sensation and experience. As sex toys hit the mainstream, we're seeing that innovation more and more as companies finally have the "Look, we have buyers!" they need to bring to investors.

You can see it in:

And that's just to name a few! Honestly, the sex toy industry has been exploding with genuinely new ideas lately. (We're here for it!)

What led this explosion of innovation, you ask? Only one of the most popular types of "new" clitoral stimulation: air suction.

Leading this charge into air suction stimulation was the company Womanizer. Back in 2015, Womanizer released their first toy, the Womanizer W100, to (literally) explosive results. People couldn't stop talking about it.

Instead of the industry-accepted-standard of vibrations, the Womanizer W100 was offering something else: suction. Instead of simply vibrating the clitoris, the W100 "sucked" on the clitoris, providing gentle tugs and suction to simulate some of the best oral sex. In fact, it didn't even have any vibrating functions!

But that didn't stop anyone from enjoying the W100—or seriously gushing about how well it worked.

Let's not get ahead of ourselves, though. Let's talk about how air suction works.

How Do Suction Vibrators Work?

Suction isn’t a new idea when it comes to sexual stimulation. Pumps designed to increase blood flow to the clitoris and labia have been around for a long time. But while these products helped expedite arousal, they couldn’t push anyone over the edge. Plus, many of them are bulky which can make them seem impractical and unsexy.

Air suction toys took the basic "pumping" premise and added onto it. The tip of an air suction toy includes a silicone nozzle designed to fit right over the clitoris and form a seal. With the seal in place, the toy can create pulses or blasts of air to stimulate the clitoris with minimal effort from the user—and we mean minimal: some people can even go hands-free!

This also makes air suction toys an "all-in-one" solution for a lot of people. As an unaroused clitoris is extremely sensitive to direct touch, an air suction toy's lower settings can stir arousal without causing discomfort. As the user gets more and more aroused, the higher settings can continue to up the pleasure potential while still avoiding much direct contact with the clitoris.

Reviewers have described the sensation variously as “suckling,” “nibbling,” “tapping” and even “alien” and “magic.” Some reviewers also felt it mimicked the sensation of oral sex. 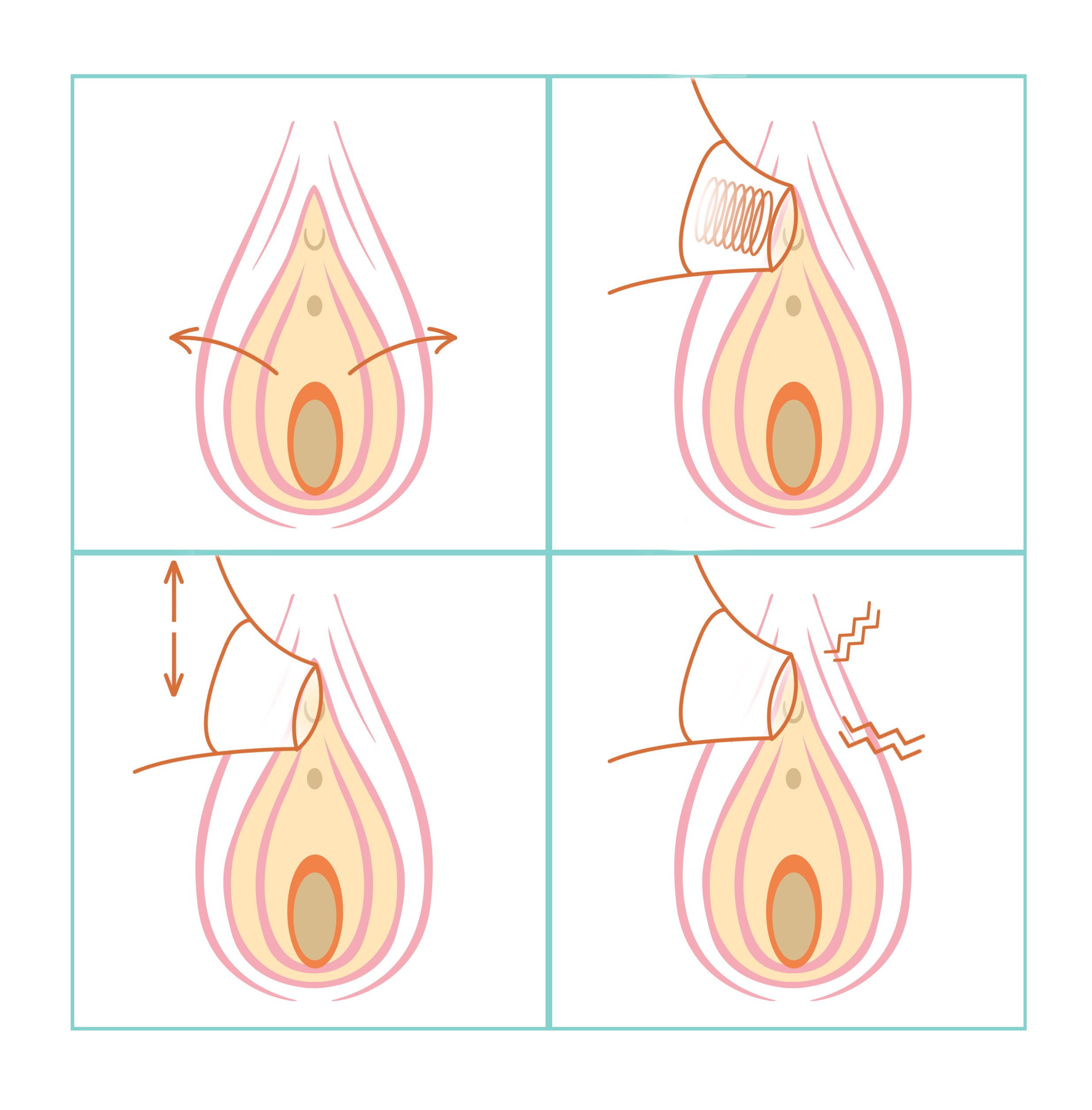 Like we said: the first air suction sex toy was released in 2015. That means the industry has had seven years to expand on the world of air suction technology—and each company does it a little bit differently, with its own design to facilitate the suction sensations. (After all, they have to! Patents exist!)

That said, if one type of suction isn't a perfect fit, don't write off the entire category. A different suction technology, and a different sex toy tip, can make a drastic difference in how the sensations feel—and it might be a much-better fit for your body!

We could (and probably will!) write an entire article about getting the best suction sex toy for yourself, but the basic tips boil down to:

Now that you have some tips under your belt, check out a few of these air suction sex toys to start you off in your new air suction orgasm journey: 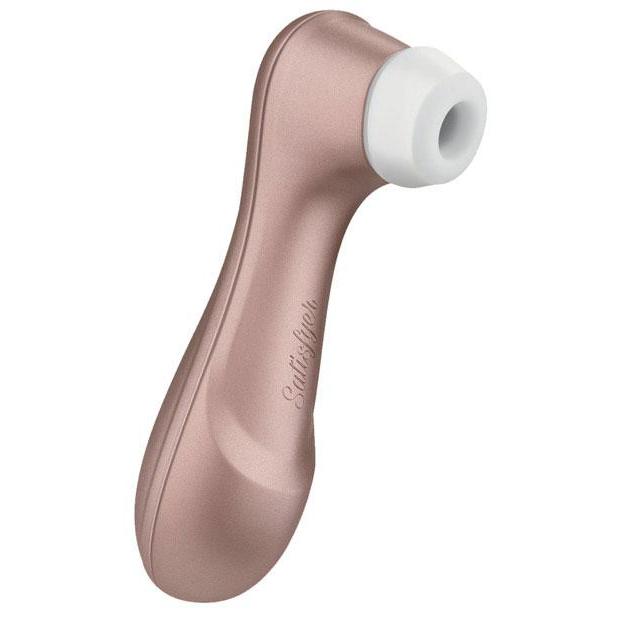 OK, OK, we'll admit it: Some people simply don't have the cash to drop on a brand new type of sensation. If you're in that camp, consider the Satisfyer Pro 2. While it doesn't have the same power or intensity as the Womanizer Premium Eco, it also offers interchangeable tips and lets you explore the world of air suction sensations with ease.

Plus, you can always "upgrade" to a different toy later if you want to! 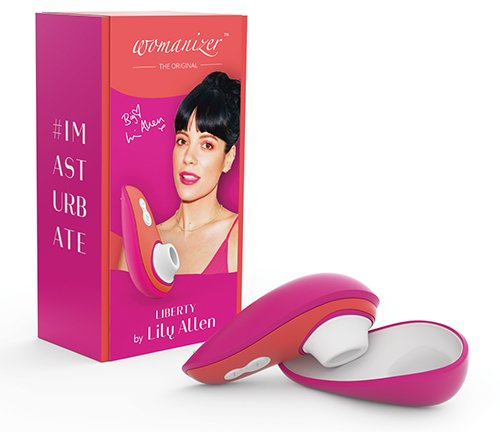 Travel often? The Womanizer Liberty might be the right fit for you.

Crafted to make it easy to travel with your air suction sex toy, the Liberty brings the power of the Womanizer brand into a small, portable toy that includes a protective (and discreet!) cap for when you're not enjoying its powerful orgasms.

Don't settle simply for clitoral pleasure. The Lora DiCarlo Baci's claim to fame is its full-vulva thrumming that accompanies its air suction sensations. Simply settle the Baci's tip into the perfect spot, and the elevated, thrumming platform will stimulate the rest of the vulva too!

READ: How to Finger a Vulva.

Glowing praise for this toy is abound! Reviewer M. K. says, "I love it way, way more than a lot of my Womanizer toys, and if I'm going for a really intense orgasm, I'll pull out the Baci. It's pretty much my go-to clitoral toy right now. The thrumming platform around the suction whole really makes for full-vulva pleasure in addition to some serious clitoral pleasure, and I rarely have to move it off of the lowest two power settings to orgasm." 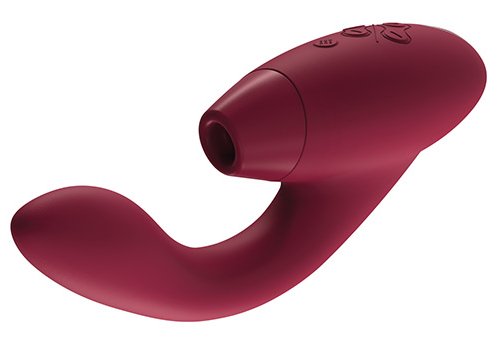 The Womanizer Duo promises something few other suction-based vibes do: internal and external vibrations. Its internal arm vibrates against the g-spot while the external stimulator provides Womanizer's patented air treatment. (We even have an entire Womanizer Duo review!)

Reviewer P. has some glowing praise for the Womanizer Duo, too, saying: 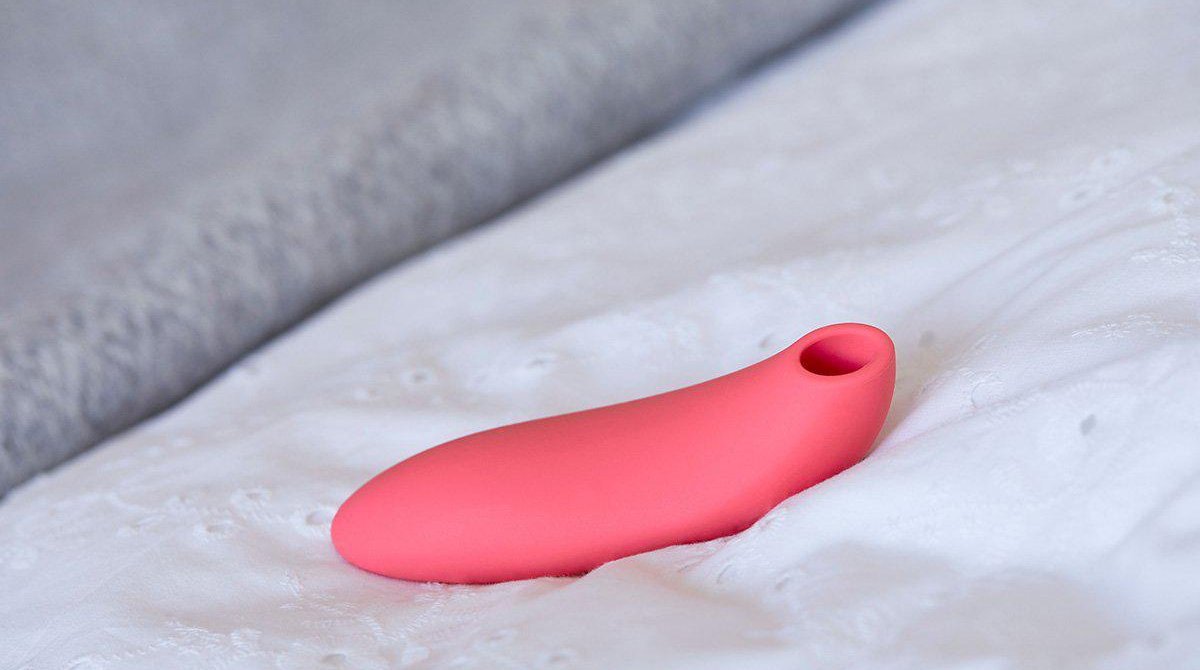 Smaller in size than most air suction vibes, the We-Vibe Melt is crafted to slide between tight spaces—like between your two bodies. Enjoy air suction during penetration! 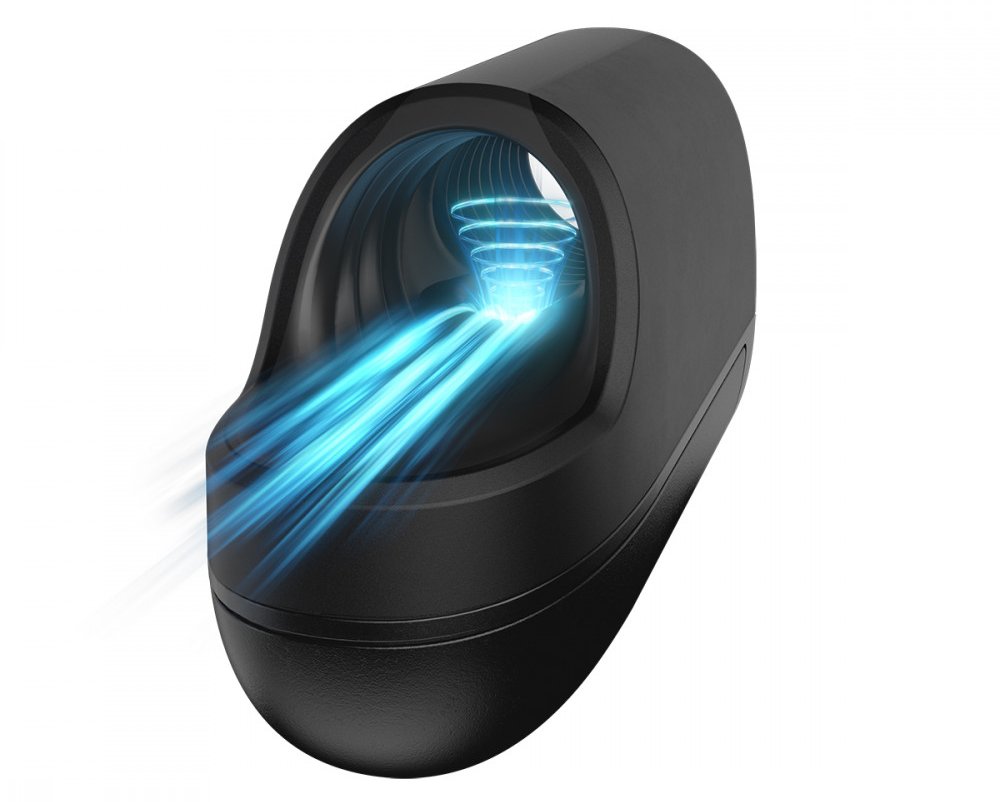 Let's deviate away from the clitoral focus here for a second. The Arcwave Ion, by the makers of Womanizer, was brought to the sex toy industry very recently and whew, are we impressed!

As reviewer T.S. put it, "Being an older gentleman, I rarely find the need for self-stimulation, however, I thought I would try the Arcwave to see if it actually worked. Yep, it works. Once you find the “right” area, it’s pretty amazing. To say that I can last a long time with straight masturbation would be an understatement….the Arcwave gets you over that set of beliefs and takes self-stimulation to another level of experience. I was so surprised that I had to try it several nights in a row just to see if it was a “one-time” thing….nope…actually got better the more I figured it out." 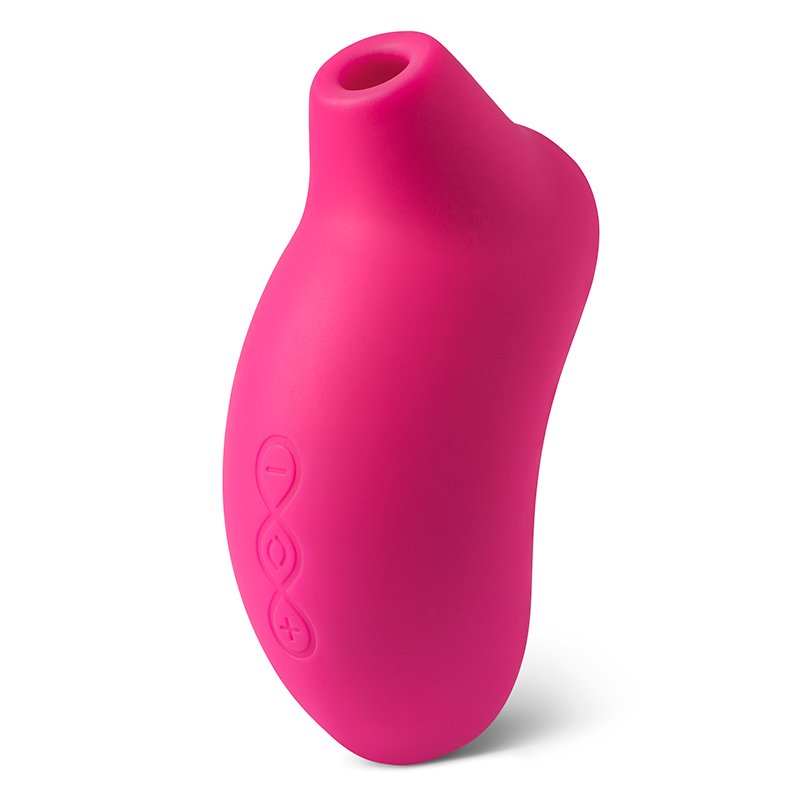 The LELO Sona Cruise is a bit of a favorite over at Kinkly. It's beautiful, it's powerful and the cruise function kicks into high gear right when you need it—ensuring plenty of pleasure.

As reviewer A.L. said, "What I can attest to is that this toy produces one badass orgasm after another in short order."

The bottom line? If your sex toy collection is feeling a little blasé, suction could be just the thing to spice it up.