Fortunately, online chat apps were just emerging on the internet. We used one called ICQ. It was free, it worked OK ... mostly ... but every time you got a message, it made this sound:

Needless to say, these conversations did not progress to cyber sex.

So, when I got a chance to test out We-Vibe's We-Connect app, I spent a lot of time thinking about how far things have come. Without technology, my college boyfriend and I never would have been together at all. But, guys, if we'd had this, we would have been having ALL the cyber sex. For reals.

There are a lot of "high-tech" sex toys coming out these days, but a lot them, in my opinion, have things backwards. The point of technology, after all, is to make our lives easier. To make the impossible possible. To create new experiences or new ways of experiencing the same old. Sometimes, however, technology is just there for the cachet. The thing is, cachet and pleasure aren't the same thing and, personally, I prefer orgasms.

We-Vibe, however, gets this balance right. The toys are great on their own, but the app provides features that enhance the experience. The app makes play easier, more fun, more interesting and gives the user more control. I went into this review half expecting to spend it fiddling around with an annoying app while trying to have an orgasm; instead the app became a seamless part of my playtime that I actually enjoyed.

I went into this review half expecting to spend it fiddling around with an annoying app while trying to have an orgasm; instead the app became a seamless part of my playtime that I actually enjoyed.

Before I dive into the app, I do want to give a little space to the toys I received to test it, the We-Vibe Sync and the We-Vibe Verge. I have a soft spot for We-Vibe. My very first vibrator was a We-Vibe (the Touch - still an awesome toy, by the way). This company makes toys that are simple, well-designed and a pleasure (and I mean a pleasure) to use. The newest additions to my collection were no exception. The silicone is silky smooth, the vibrations are strong and rumbly, the toys are fully waterproof and they charge via USB. Plus, you can tell they were designed with care and attention to detail. Case in point: The Sync includes a hinge to make it fit more body types and stay put a little better. It's a small detail, but it makes a big difference - and it's something a lot of other couples' vibes lack. I also really liked the Sync's slick storage and charging case. It's a great way to charge your toy without leaving it lying around for people to see. Or, in my case, without letting it languish in the dusty spot beside my bed.

Advertisement
MORE FROM WE-VIBE
All Articles

Quiz: What Sex Toy Should You Get Your Vulva Next?

How Mindfulness Can Help Boost Your Sex Life

I've had some bad experiences with pairing devices and apps and let's just say that as a general rule, I'm not a fan of the process. It is so frustrating to watch two devices that are mere inches from each other both exclaim that they can't communicate.

Fortunately, this didn't happen with the We-Connect app. In fact, I didn't even read the instructions. The whole thing was alarmingly easy. I logged into the app, it showed me a few basic instructions on how it could be used to control my toy's vibration intensity and mode, and how I could "connect with my lover through the app." Then it told me to click to connect my toy. So, I turned on my We-Vibe Sync, clicked the button on my phone and about 10 seconds later, I was vibrating my toy via my phone. Easy peasy. 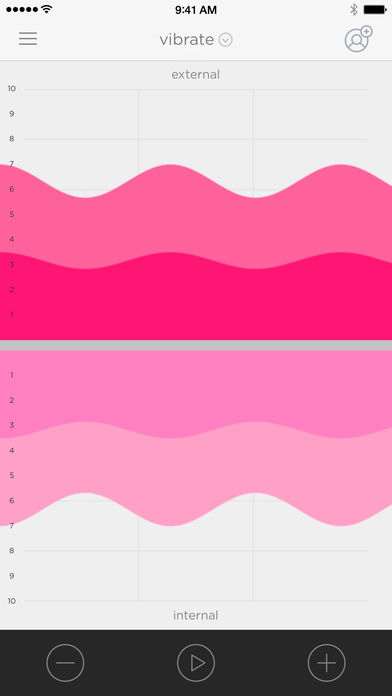 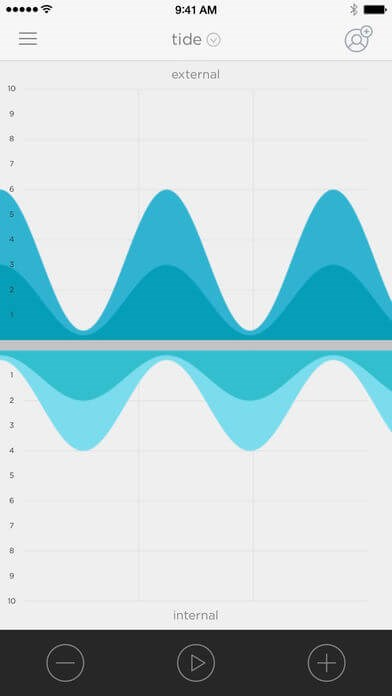 Swiping through these waves allow you to select a pattern. You can even select different patterns for the internal and external arm! 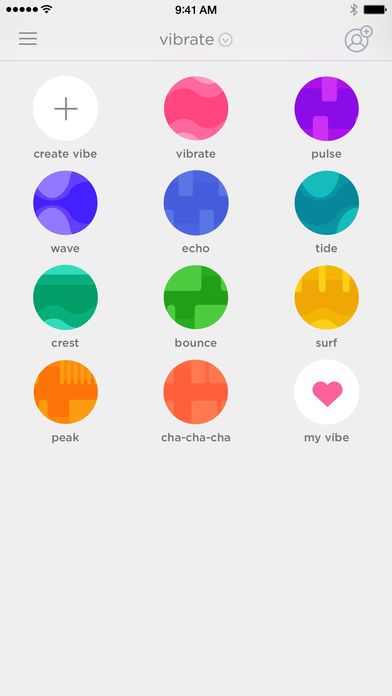 Pattern options. At the end, the yet-to-be named "whoohoo."


When it came time to test out this app, I wasn't at all convinced that I'd actually enjoy controlling a sex toy from my phone. I was wrong about that, though. After all, while the controls on both the Verge and the Sync are fairly well placed, fiddling around at my crotch when I'm trying to get in my groove is still disctracting and annoying. Plus, you can only cycle through them with a single button-press system. With the We-Connect app, I can actually see what the vibration is doing. I can control the vibration setting and intensity on both the inner and outer arm, I can switch between modes, and I can increase or decrease vibration intensity. And, because the app depicts all of this visually, it's all pretty intuitive.

I also played with creating my own vibration pattern. I like a pattern that kind of rises slowly to a crescendo and repeats, so I played with that. After some experimentation, I named my pattern the "woohoo" and was, in fact, immensely proud of it. My feelings about it were kind of like how I feel when I make a cake. One side may be a little droopy, and there are always crumbs in the icing, but god-damn if isn't the best cake in the world. (I like making things, guys. Masturbatory vibration patterns included, as it turns out.)

Now that I had this app mostly figured out, it was time for my partner and I to join forces and play together.

After some experimentation, I named my pattern the "woohoo" and was, in fact, immensely proud of it.

Playing as a Pair with the We-Vibe Verge and Sync

In addition to being able to pair the We-Connect app with my toy, I can also allow my partner to access and control my toy from his phone (and vice versa). Seriously - how hot is that? It's also as easy as opting to "connect my lover." The app then offers to send a message to connect via Gmail, Text Message or WhatsApp. I love the playfulness of this. It's like a sext with benefits.

Now, down to business. First thing's first: While I guess you could have penetrative sex with these two sex toys, we found that it was actually way more fun to giggle and buzz each other. We did it from across the room, but remember that you could do this from across the world as well, as long as you both have a connection to the internet.

The other really interesting aspect of playing with these toys is communication. When you aren't actually touching your partner - even when you're in the same room - you lose a lot of the feedback that helps you figure out whether you're doing a good job. This, of course, would be magnified if you were actually playing long distance, although the app has a solid video chat feature that should help. After my partner had fiddled around with controlling my toy for a while, I had to just tell him which setting I liked (because as much fun as he was having, the tap dance of intensities and patterns he was playing across my clit was not doing it for me). So, this high-tech toy taught me a good, old-fashioned lesson: to actually ask for what I want.

Foreplay? There's an App for That

Although we only used the app and connected toys for foreplay, they do provide everything that foreplay should be; we giggled, we teased each other, we got turned on and then we had sex. Plus, when it comes to using an app to control my own sex toy, I am sold. Finally, as a veteran of a long-distance relationship, I sure wish I had had something like this back in the day. The fun we would have had ...