by MISTRESS KAY
Published: JUNE 12, 2020 | Updated: JULY 22, 2020 05:34:20
Presented by KINKLY SHOP
The Kinklab Thunderclap Paddle is a seamless addition to my electrosex scene and impact play.

"Share the Spark!" That's the tagline for the Thunderclap, and for good reason: this silicone paddle is conductive which means electricity can, quite literally, flow through it!

Designed for use with its Neon Wand and Power Tripper buddies (which are favorites in my bedroom!), the Thunderclap paddle seemed like it was going to feel right at home.

My Thunderclap arrived without much fanfare. (How could my UPS driver NOT be excited?) With its discreet, plain box, though, I don't blame him; he just didn't know what it was.

It doesn't matter. I knew what was inside. Inside the boring packaging, the Thunderclap was snuggled up within a cardboard sleeve (which was quickly ripped apart. C'mon, the fun stuff is inside!).

That night, I got my first taste of this powerful, electrosex trio.

Setting Up the Neon Wand and Thunderclap Paddle

Zap! Okay, so I hadn't quite planned everything out properly, and it I experienced a rocky start. Learn a lesson from me, ya'll: set up everything you want to use (and I mean EVERYTHING) before you slip on the Neon Wand and the Power Tripper.

You might think, "Oh, it's just one thing. I'll just go grab it," but on your way to grab that one thing, you're going to end up zapping yourself multiple times because you're wearing the Neon Wand and Power Tripper.

Don't do what I did and swear in surprise as I was trying to open a drawer. It is definitely not very Dom-ly.

Just have everything out ahead of time that you could possibly want to play with. That means, make sure your Thunderclap Paddle is already ready to go nearby. The less external things you end up touching as the top, the better.

Unless, of course, that "external thing" happens to be your partner. Then go ahead and touch away. The zapping sensation is much sexier when it leads to lovely moans and sighs from another person instead of a dresser drawer craving revenge.

I HAVE THE POWER!

If you've never played with the Neon Wand and the Power Tripper, you're in for a serious surprise. Or, should I say, a serious "power trip".

There's something absolutely amazing about being a constant source of electricity. Every touch that I slip along my partner's skin elicits a gasp - even on the slightest of contact. If I add in fingernails and the touch is even more intense.

If you turn the power way up and just poke someone, it can feel similar to when you give someone a static shock - as in, not particularly pleasant. (But hey, maybe that's what you're going for, you sadist, you.) But, if you leave the Neon Wand on the lower levels and drag fingers along your partner's skin, it's a constant stream of pleasurable sensation.

In case you've never used a Neon Wand before, there's one important distinction to know: the Neon Wand's e-stim function only works when you're not quite touching your partner. The Neon Wand makes electricity that "jumps" gaps for surface-level electrostimulation. 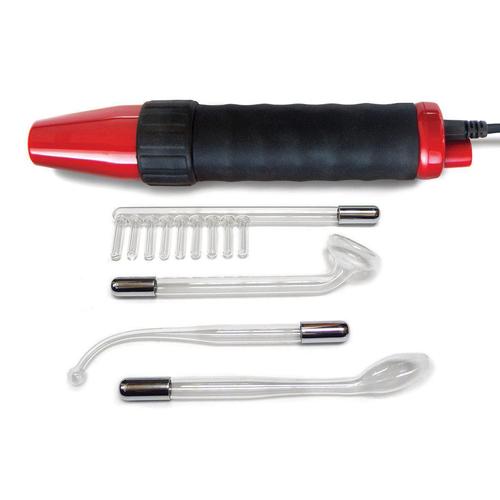 It makes most people shiver in pleasure the first time they try it. It's awesome!

Unless they're afraid of electricity and electric noise (which is totally valid), I've never had someone dislike the Neon Wand or its sensations - and I think I've shown it to hundreds of people at this point.

It's a low-risk way to show someone a new facet of kinky sensations, so it was always one of our most-loved demonstrations at kink events or beginner-BDSM events. My poor Neon Wand has been around the block – a lot.

Read: 9 Things to Check Before Playing With Electrosex

The Power....Now With Added Awesome!

So, the Neon Wand and Power Tripper are amazing, but what about the Thunderclap paddle? It just makes a great thing already better. All I have to do is grab the Thunderclap in my hand, and the entire paddle is now electrified - for everything you could think of wanting an electrified paddle for.

Since the Thunderclap is a pretty sturdy and rigid paddle, I like to start my spanking session off with a lighter implement. Recently, it's just been a bare-handed spanking. Giving the body time to acclimate to impact play - and get those endorphins flowing - before picking up an intense paddle like the Thunderclap is the best way to ensure everybody has a good time.

With the Power Tripper and Neon Wand against my body, even my bare-handed spanking is pretty amazing! If I want to slowly ramp up sensation, though, I tend to turn off the Neon Wand for a standard spanking instead. (It makes the electrosex later on even more surprising!) 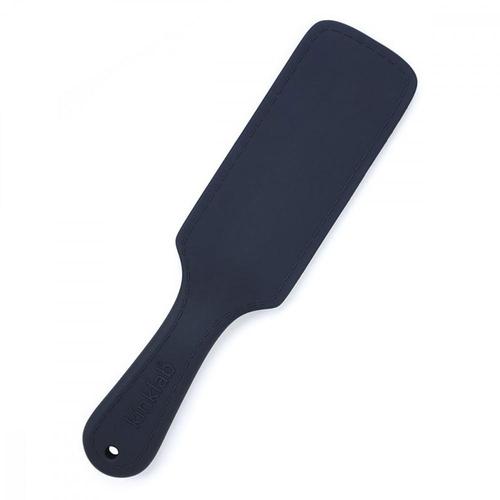 Once the Thunderclap is in the mix with its electricity, though, whew! Watch it! It's an intense spanking experience! Not only does the Thunderclap deliver all of the impact play sensations of a solid, rigid paddle (that is, it's definitely stingy!), but it also comes partnered with an electric shock too.

As mentioned before, the shock only happens when the paddle is slightly away from the skin (to allow a small area for the electricity to "jump"), so you effectively get three different sensations in one:

It's definitely a triple-batch of sensation!

And that triple-batch can really vary based on how hard you spank and how high you have the Neon Wand turned up. When I leave the Neon Wand on the lighter levels and use a light touch for the spanking, my partner compares it to a "sexual" spanking - especially as I slowly crawl the paddle away from the butt and closer to those fun spots between the legs.

You get so many sensations with each swat that it feels like it's longer-lasting and more "full-body".

Want to up the ante? Just turn up the Neon Wand sex toy and spank harder. That combination is not for the faint of heart. The zap of the electricity sneaks in right before and after the hard slap of the paddle. If you're into intense spankings that leave you sore the next day, the Thunderclap, with the help of its electro-play Neon Wand buddy, can be pretty darn intense when turned up.

My favorite thing about the Thunderclap is how easily I can start or stop using it, though. Just drop the Thunderclap paddle, and my hands are completely open - but still erotically electrically charged.

I can move between gently running my fingers along my partner's body and throwing in spanks with the Thunderclap with a second's notice. I don't need to mess with any buttons or controls to make the Thunderclap safe to set aside for a second. It doesn't require any extra input or time on my part.

It's just a seamless addition to my electrosex scene and impact play.

Finally, as I was coming down from the buzz of electricity running through my veins, it was time to remove the Neon Wand and Power Tripper. A few simple clicks and a quick stretch to unplug the cord, and the scene was ready for more.

I wasn't quite done with the spanking, though, so that's exactly what the "more" turned into. Lucky for my lazy self, the Kinklab Thunderclap paddle happened to be right nearby and ready to go.

And let me tell you - even without any of the electricity, the Kinklab Thunderclap can hold its own as a paddle!

It's a very rigid paddle. It will bend the slightest amount under pressure, but it's otherwise very solid. This makes for a very intense spanking. It has very little give, and the silicone material that covers the paddle makes for an intense, no-holds-barred sensation if you aren't careful.

Even without the electricity, the Thunderclap packs a decent punch, and I regularly have to watch how hard I spank with it if I'm not playing with someone who wants that intense, stinging sensation. If that's you, make sure you use a light hand to spank with the Thunderclap paddle. Luckily, using a lighter hand with the paddle allows for a softer sensation for those who aren't looking to explore their masochistic side.

Let's Wrap This Up

If you already love e-stim or have a Neon Wand and Power Tripper sitting around, the Thunderclap is a fantastic addition.

Even if you've never delved into electrosex stimulation, the Neon Wand is a great place to start - and one of the ways I recommend most!

Whether you're an impact play aficionado looking for more intensity to your play or just wanting to explore the limits of e-stim, the Thunderclap paddle holds up perfectly. It's such a versatile paddle that holds up to rough play - or can be used lightly for softer play.

It doesn't require any upkeep or extra fussing in order to include it in my play - which has made it become a seamless addition to my electrosex scenes.

Hard to argue with that!