by KINKLY STAFF
Published: FEBRUARY 27, 2018 | Updated: MAY 12, 2020 01:00:05
Rather than having to fill this sleeve with water, or shoot water through it or force its rubbery innards inside out, it just ... snaps right open like a clam shell, making cleaning easy as pie.

It's kind of hard to pick a Sex Toy of the Month each and every month. There are so many toys that deserve recognition that it can be hard to know where to start. But this month, we decided to start with a very popular category and work our way down to a very popular and unique item within it. That's how we landed on a very unique masturbator called the Tenga Flip Zero.

People with penises like masturbators; they're one of the top-selling sex toy categories. But while a lot of them feel great, many also have a fatal and not-so-sexy flaw: cleaning those suckers out when you're done.

That's where the Tenga Flip Zero comes in. Rather than having to fill this sleeve with water, or shoot water through it or force its rubbery innards inside out, it just ... snaps right open like a clam shell, making cleaning easy as pie. Here are a few reasons why this toy rocks - and why we're featuring it.

If you're a texture whore, well, the sleeve on this toy will give you everything you could possible ever need. There is just so much going on. I mean, look at this. Some serious thought went into this design, including a "ripple dome," "triple chain gate" and "layered orb end." Using this toy is like taking your penis on an amusement park ride. (Space Mountain, perhaps?) 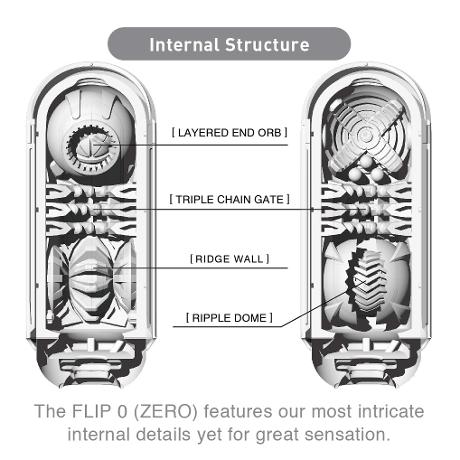 Its design almost reminds me of a video game, where you progress through levels of varying difficulty and excitement until finally getting to that last boss and your big reward. Just looking at it is thrilling ... - Emmeline Peaches

The Suction - and Vibration

Another sensation people tend to like in a masturbator is suction. This one has plenty and includes a manual pressure pad on the exterior to allow users to adjust it to their liking. If all that going on isn't enough for you, the Flip Zero also comes in a vibrating version, with five powerful vibration settings for full-throttle thrills.

This toy looks more like a sleek Bluetooth speaker than a sex toy - and that's a good thing. Not only is it genderless, making it appealing for all tastes, it's also pretty inconspicuous. Set it out to charge via USB and only sex toy savvy visitors are likely to be the wiser. 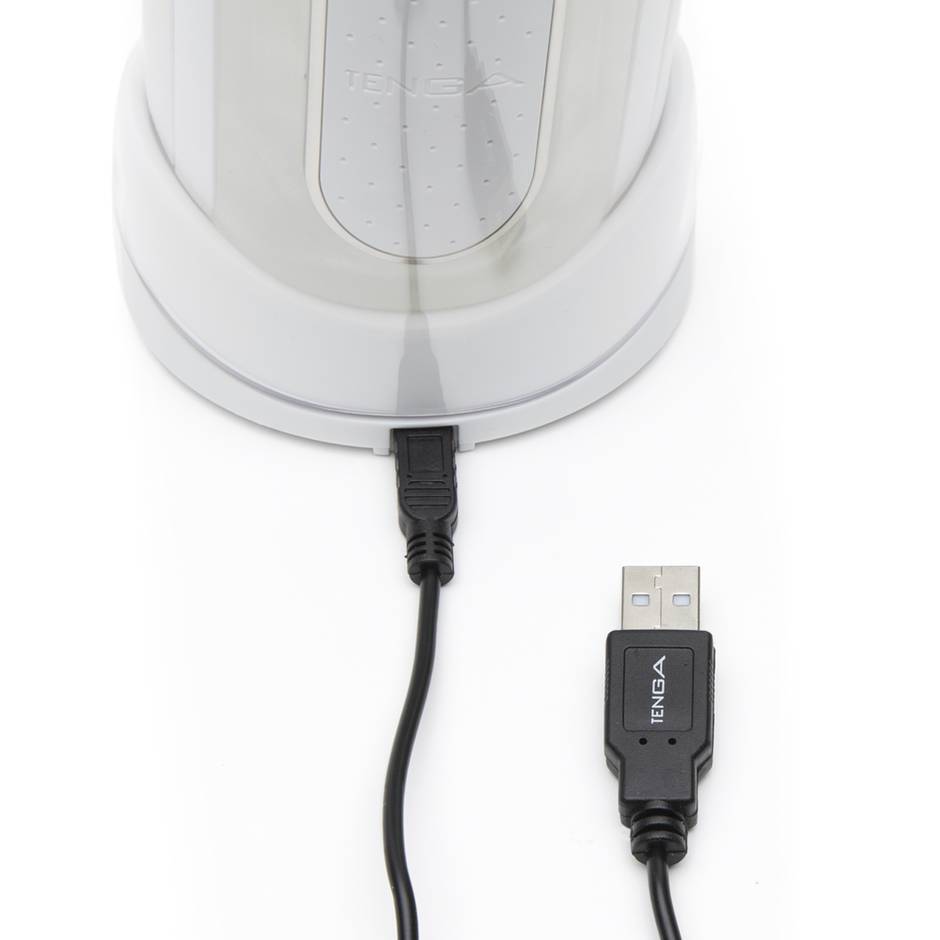 Tenga makes other Flip Hole models and they, too, have mostly received rave reviews. But what sets Flip Zero apart is the way it seals, preventing any lube from sneaking out during use. In other words, Tenga took a consumer complaint about a well-liked toy and turned it into a newer and better model. This is how innovation in the sex toy industry should work.

Thank the Lord that nothing is expected of you when knocking one off, because if I had lasted that long with my girlfriend there would have been a number of swift apologies and promises to do better next time. - Metro UK

Tenga has made Flip masturbators for a few years now, but it's a great design. These toys open right up, making cleaning so much easier. Flip Zero can also stand open to dry itself after it's been washed. 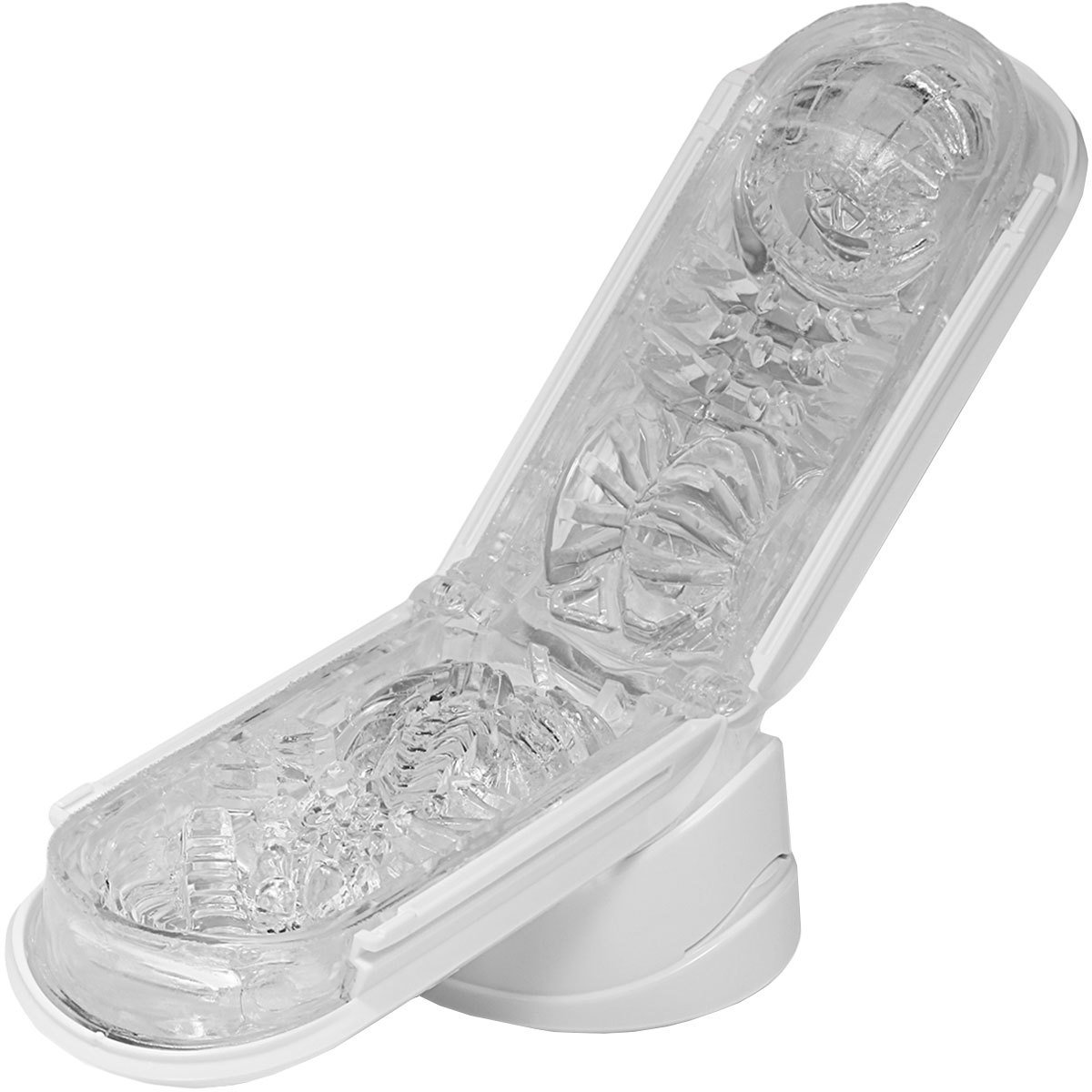 Yes, this is a pricier toy, but it has been designed to near perfection and - if well cared for - should hold up to years of use. If you're looking for a stroker, this is one to be proud of.

Sex Toys and Products
Sex Toy of the Month: The b-Vibe Snug Plug, a Better-Than-Good Butt Plug
by KINKLY STAFF