Guess what happened this month, y'all? The Kinkly team got to head over to the Adult Novelty Manufacturers Expo (ANME) in Los Angeles. Now, a sex toy trade show is plenty of fun, but the best part about ANME is that we get to team up with StorErotica to present the Kinkly Consumers' Choice Award to the manufacturer of our readers' favorite sex toy. We love getting the lowdown on which sex toys you're loving. And, when you voted on our list of nominated toys back in May, the results were pretty clear.

A Little Bit About Ruby Glow 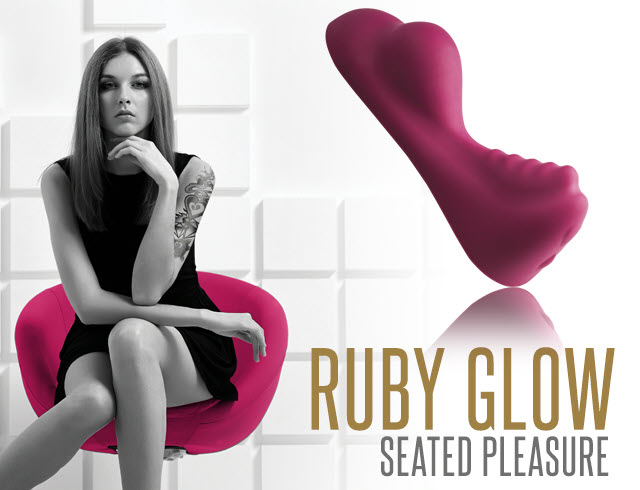 There are so, so many vibrators out there that it's always a thrill to see a brand-new idea among them - especially when it's thoughtfully designed. Ruby's Glow's dual motors surround the vulva in powerful, pleasurable vibrations in a way few other vibrators do. It's made of smooth, body-safe silicone, has 10 different vibration functions and runs on 2 AAA batteries, making it easy to ensure it's always at the ready.

How This Ride-On Vibe Came to Be 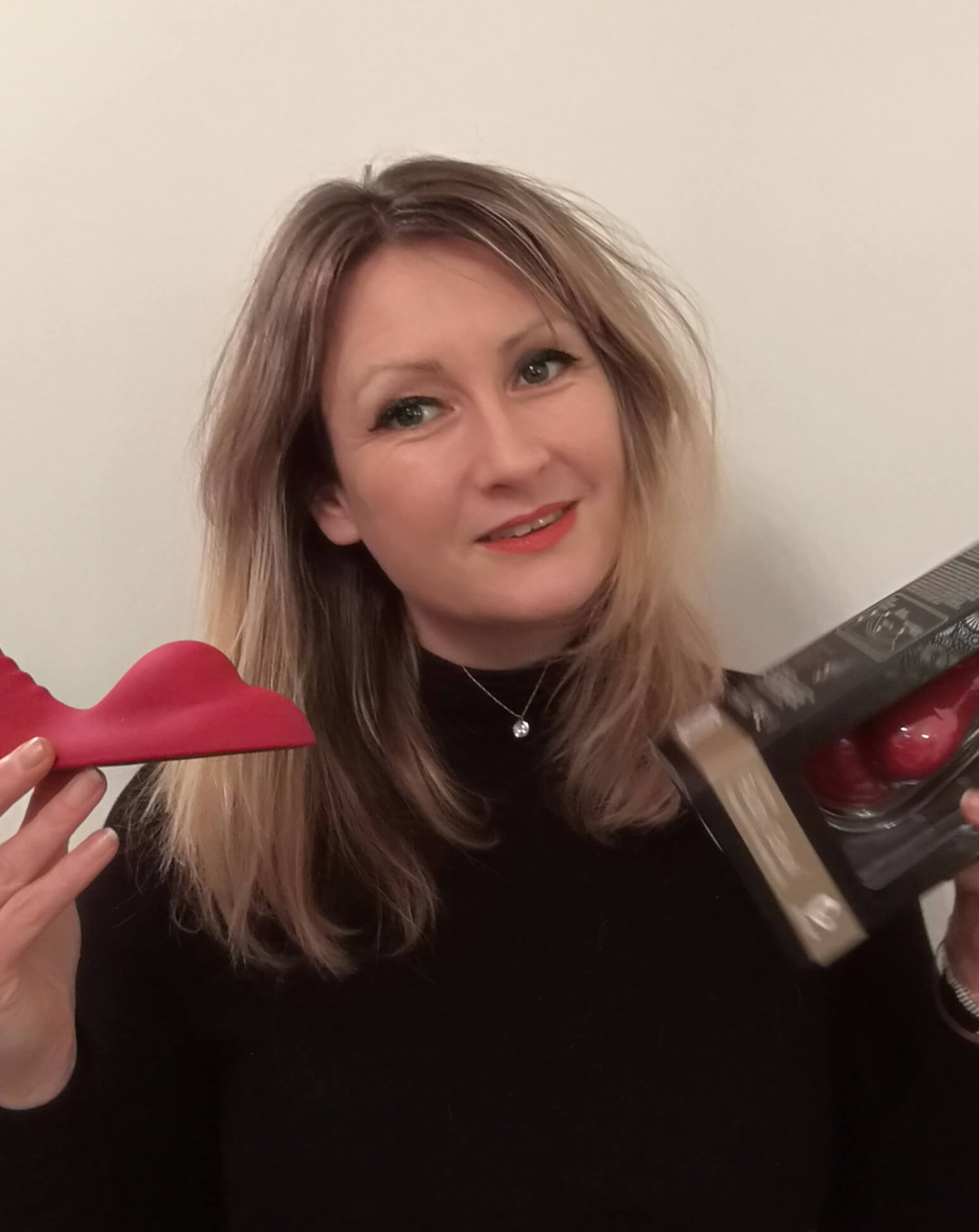 Tabitha Rayne, creator of Rocks-Off Ruby Glow
Another thing you should know about Ruby Glow: this toy comes from humble beginnings. Although its manufacturer, Rocks-Off, is well-known in the industry, its designer and creator, Tabitha Rayne, didn't have a background inventing sex toys; she was just an erotica writer with a great idea!

"Way back in 2014 I started making silicone prototypes for what would eventually become the Ruby Glow. I plucked up the courage to ask my fellow erotica writer and very first tester, KD Grace, to try it out and let me know if she thought it was a good idea. She said yes," Rayne told us.

By 2016, Ruby Glow had gone from "a lump of clay and plaster" to a fully formed sex toy made by Rocks-Off.

"As the designer it was a tremendous thrill and also helped my confidence that Rocks-Off had been right to take the chance on my invention. It takes a lot of time and money to bring a new sex toy to market and I really wanted it to prove itself and for Rocks Off to feel they’d made the right decision," Rayne said.

Why a Consumers' Choice Award Matters

There are actually a few industry award for sex toys, but the Kinkly Consumers' Choice Award is the only one (that we know of) that lets sex toy consumers decide on their favorite. We love that we get to be the ones to help do that, especially when it means helping promote creativity and innovation in the industry. Awards help show a little love to the cool people who's cool ideas help you get off. Plus, if our readers are loving it, we want everyone to know about it.

"So far, Ruby Glow is my only design to make it into production. I feel like this unique design has a place in the market but the industry is hungry for new products all the time. A toy like mine can easily fall between the cracks while it takes time to establish itself and filter into consumers’ minds," Rayne said. "To be nominated for this award helps to raise the profile again and hopefully brings the product to new audiences who perhaps didn’t know it existed. From a very personal point of view, a nomination boosts my own confidence."

Thanks to everyone who voted for this year's lineup of toys. Each one was pretty awesome and we're proud that we got to show them all off.

Why You Should Try Ruby Glow

Why not? Sex is all about experimentation and this toy is something new and different. Plus, hundreds of our readers voted it as a favorite. How's that for an endorsement?