In my teens and twenties, sexual pleasure always seemed to be about the clitoris. There was the mysterious G-spot that nobody seemed to be sure existed or not and, as for the cervix, nobody ever mentioned that, except when it came to pap smears.

When I was 25 I had to have a LEEP, a medical procedure that removes abnormal cells from the cervix that may become cancerous later in life. After the procedure, I lost orgasmic pleasure, and realized that my cervix had been involved in my orgasm without me being consciously aware of it.

The Cervix and Sexual Pleasure

At the moment of orgasm during penetrative intercourse, the cervix makes a sucking motion that, in evolutionary terms, is designed to suck sperm into the uterus. Despite this, many gynaecologists aren’t aware that this is often accompanied by feelings of pleasure in the cervix. Many gynaecologists still claim the cervix has no nerves.

Well that’s a good question, and I’m not really sure. Maybe it’s because it’s a little out of reach. Maybe it’s because our culture gives confusing messages about what is and isn’t orgasmic. Freud didn’t help with his concept of vaginal orgasms being "mature," and clitoral ones "immature."

Gynaecologist Dr. Jennifer Gunter has called the vaginal orgasm a "stupid myth" on Twitter. The clitoris has become a feminist issue, but the emphasis on it can cause other, different kinds of sexual pleasure we can experience with some exploration to be overlooked.

I asked sexuality coach Keeley Olivia for her perspective. Olvia is the founder of Self Pleasure School, a resource that helps people to reconnect to their innate, primal natural sexuality.

"Whereas a clitoral orgasm is felt on the surface of the body, cervical orgasms originate from the core of body. They start from deep inside the body and extends outwards. So it explodes from the center of the body out,’’ Olivia said.

Anecdotally, people report feeling nourished for days or even weeks by the afterglow of a cervical orgasm. They are pretty spectacular and well worth the effort.

Olivia Bryant is a sexologist and founder of Self:Cervix, an online course to help women awaken the cervix and experience pleasure. She says that our ability to reach the cervix easily can depend on our body shape. For example, if you have a long torso and short arms it may be more difficult.

You can try to shorten your torso by lying back in a squatting position, or putting your butt on a pillow. Lying on your side with legs bent up, like a fetal position, can also make it easier to reach.

The cervix changes position during different times of the month, so during your period or before ovulation you may find it easier to get to.

Waking Up The Cervix

The cervix is the least sensate of the sexual organs, (despite having the most nerves), so it can take a little waking up.

Bryant says that the cervix tends to become numb after years of poking and prodding with pap smears and medical procedures, as well as traumatic experiences. The cervix can also become numb after sexual encounters when it is banged against in an uncomfortable way, and if we don’t feel like we can speak up for the kind of sex we want.

For this reason both Olivia and Bryant teach a practice called "de-armouring," where gentle pressure is used to release tension from the cervix.

"The cervix can be pretty tender, if you just start stimulating it right away, especially if you’ve had some kind of medical procedure. You might feel numbness, tenderness, for a period of time, perhaps even months where you’ll need to spend time awakening the cervix, so that you can start to feel pleasure there. Do not be disheartened if you don’t feel pleasure right away.’’

Bringing Awareness to the Cervix

During Bryant’s Self:Cervix course, participants try abstaining for 21 days as part of the cervical awakening process. Bryant says that because we are so "clitorally focused," having a period of abstinence can help us rewire and strengthen the neural pathways between the cervix and the brain.

Olivia recommends splitting your awareness between the clitoris and cervix by trying clitoral simulation and noticing the sensations of pleasure, and then stimulating the cervix with slow, steady, repetitive motion and taking your awareness to the cervix.

"Sometimes the pleasure can feel subtle, but once you pay attention it can start to grow. Take your time," Olivia said. "Clitoral orgasms can happen quickly but cervical orgasms can take much longer, perhaps even 45 minutes. The time it takes can decrease over time with practice. ’’

OK ... so why have we never heard about this?

One thing I’m curious about is how our society can be so unaware that the cervical orgasm exists. I can’t help feeling that female sexual pleasure has been hidden or suppressed.

I think it’s the psychotherapist Wilhelm Reich who said if people had really alive, natural sexuality they couldn’t be controlled by the state.

Having experienced the the empowering pleasure of cervical orgasm for myself, I can’t help but agree. 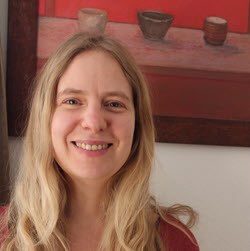