Every day, it seems like there's something new to learn about your sexuality—honestly, that's part of why Kinkly exists; we want to make sure you can learn everything you've ever wanted to know about sex!

Sometimes, those new things aren't applicable to you - or are things you already knew. Other times, that new sexual knowledge can really make a large impact in the bedroom.

Blended orgasms are a case of the latter.

What is a Blended Orgasm?

You may have already been having regular blended orgasms—and just never had a name for it! We use the term "blended orgasms" to signify when you reach orgasm from stimulating two (or more!) pleasure zones at once!

Blended orgasms aren't designed to be feats to brag about or some new sexual hurdle to clear; they're actually super-intense orgasms. We know it probably doesn't come as a surprise, but when you stimulate two orgasmic spots at once, it can make the resulting orgasm even more powerful than if you had just stimulated the one spot. That's what makes people explore blended orgasms in the first place!

The clitoris remains as one of the spots on the human body that's purely designed for pleasure. While most people are familiar with the external part of the clitoris (that nub that resides outside of the body), the clitoris is actually a large structure inside of the body as well!

Its internal parts wrap around the entrance to the vagina. Did you know the G-spot is actually technically part of the clitoris as well? It's just one of the ways to stimulate the clitoris from inside of the body!

Most people have preferred methods for stimulating the external nub of the clitoris —and they're just as unique as your individual anatomy. Some people prefer a featherlight touch, and others prefer a firm touch with grinding motions.

Since basic thrusting hits the entrance nerves (and deeper thrusting gets the cervix nerves, if you find that pleasurable) anyway, most people choose to dedicate their time and effort to hitting the G-spot—which is a bit more out-of-the-way.

The G-spot is a bundle of nerves near the entrance of the vagina towards the side of the body with the belly button. It's easiest to hit the G-spot (when the person is aroused) by slipping a finger into the vagina and curling up towards the belly-button.

A lot of G-spots respond particularly well to a "come hither" motion with a curved finger pressing into this sensitive bundle of nerves.

While some vagina-owners can hit their own G-spot, the angle can be particularly difficult to reach while solo—which is part of the reason for the popularity of G-spot toys. Bending your arm and wrist enough to hit the G-spot—and pleasure the spot once you make it there—can be difficult without the help of a sex toy. This is where sex toys can come in handy in a big way. 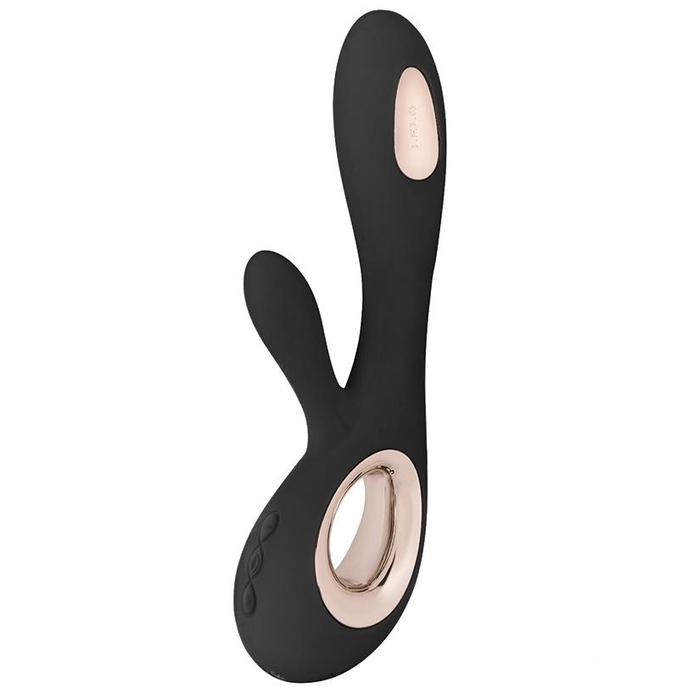 Rabbit Vibrators are Designed to Hit Both These Spots

While early prototypes of rabbit vibrators were really guessing at the idea of what pleasured the clitoris and g-spot, this category of sex toys has come so far since its inception.

Now we have toys like the LELO SORAYA Wave. This is one example where the manufacturer spent extra time making the toy's pleasure design fits the body's needs. Remember where we talked about how the g-spot responds best to a "come hither" motion? Instead of rotations or other type of stimulation, the LELO Soraya Wave focuses on making that exact motion. 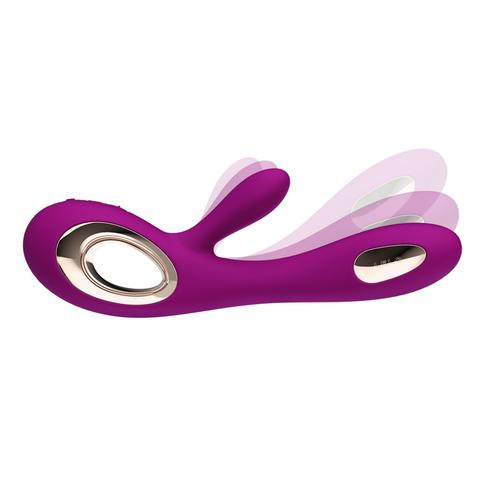 When inserted, the LELO SORAYA Wave's shaft actually moves in a wave, back and forth, exactly in this "come hither" movement. As we know this is one of the most common ways that the G-spot responds to stimulation, can we get a "hell yeah!"?

Not only does it provide this G-spot stimulation, but it's entirely automated, so you get to lay back and enjoy the powerful pleasure while it does all of the hard work for you!

The clitoral stimulation isn't left behind either. With a protruding clitoral stimulator that's fully flexible and equipped with vibrations, the SORAYA Wave offers eight vibration settings—all the way from a soft, teasing sensation to a pulsating, powerful setting. (Plus, when you're done with your pleasure, the LELO SORAYA Wave is fully waterproof for some very easy clean-up!)

Rabbit Vibrators Aren't for Everyone

We know, we know. We just got through touting all of the amazing things about rabbit vibrators—and they can be absolute tools of breathtaking, show-stopping pleasure when it comes to blended orgasms. But they may not be for everyone.

The thing about rabbit vibrators is that they aim to hit both your G-spot and your clitoris at the same time. This is a noble pursuit (and one that makes all of this pleasure possible!), but it also requires an assumption of where those two spots hit on your unique body. While the G-spot and the clitoris tend to be in "around" the same spot on most bodies, that's just it. They aren't in the exact same spot.

That's why we always recommend being open-minded about your rabbit vibrators and taking the time to explore with the dual stimulation vibrators before you entirely write them off.

Of course, that doesn't include people who just don't enjoy mixing their clitoral pleasure and G-spot pleasure into one single toy. If you're open to two-handed stimulation, you can certainly get a LELO SONA 2 Cruise in one hand and a LELO GIGI 2 in the other! This way, especially if you're someone who requires a specific touch or easily-controlled independent stimulation, you can have the best of both worlds! (At least, until you need a sip of water!) 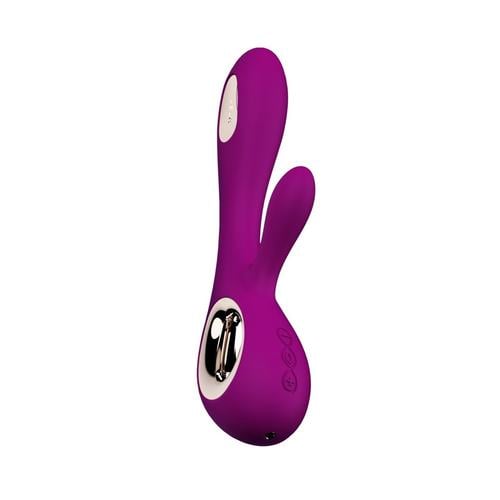 Go Out and Explore!

You're armed with the information and know the types of sex toys to bring that pleasure. The only thing left is to actually get to exploring!

Blended orgasms can be extremely powerful, but in order to experience them, you have to start down the path of exploration in the unique ways that your body wants to experience this dual level of pleasure.

Find your pleasure tools (like LELO vibrators!), carve out some time for your exploration, and get to touchin'!