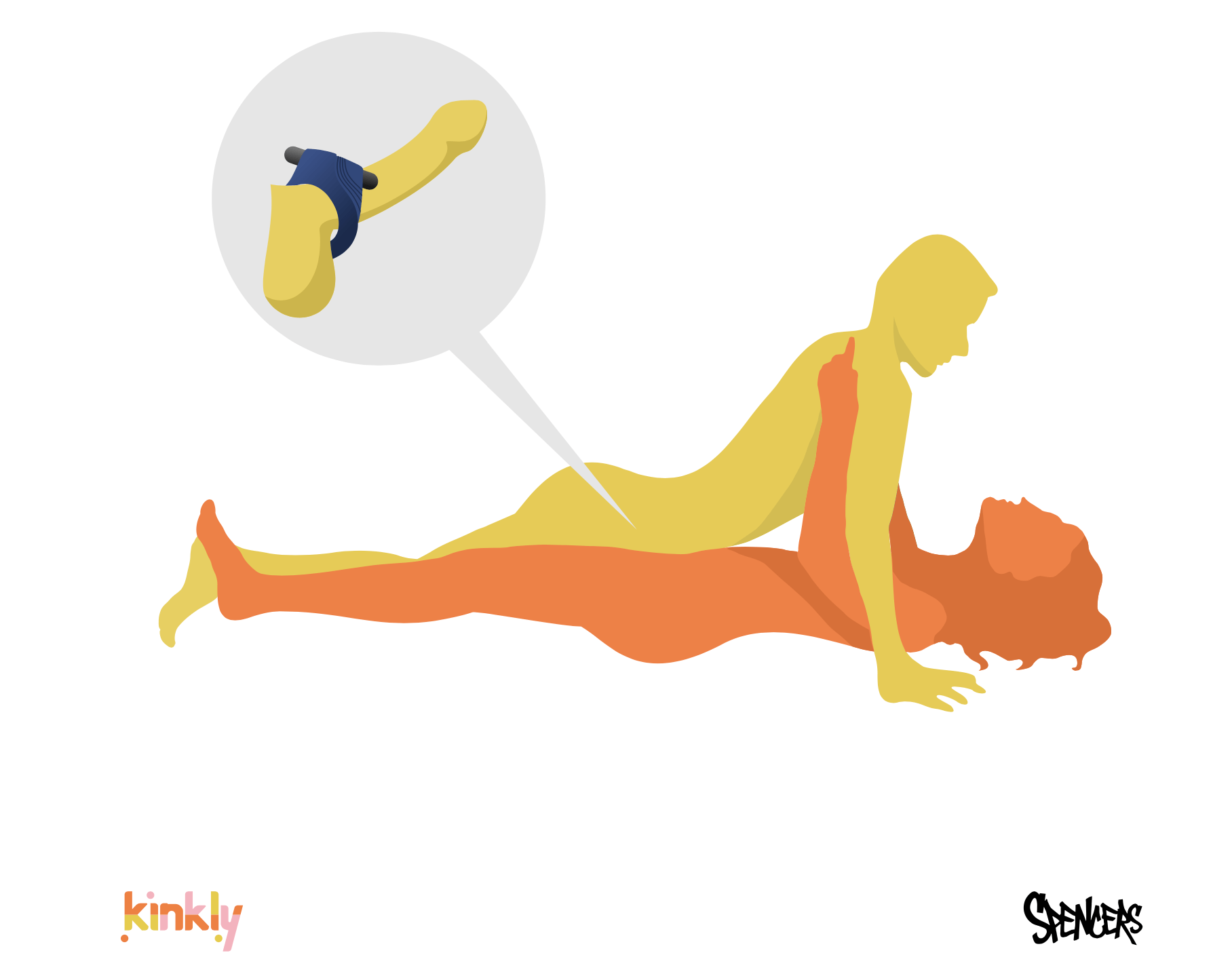 Missionary can be used in any relationship and is not restricted by sexuality or genitals. This position is characterized by increased intimacy because of the significant amount of skin-to-skin contact and the opportunity for both partners’ faces to be facing each other. The top, penetrating partner thrusts in and out of the bottom partner’s vagina or anus. The bottom receptive partner can be passive or can thrust back to meet the top. While the top person generally uses their hands and arms to hold them from fully lying on the bottom person, the receptive partner can use their hands to touch and caress the body of the top.

The missionary position is a very versatile way to have sex. It can be slow and sensual or fast, hard, and rough. Other benefits of missionary position include an increased possibility of clitoral, G-spot, and prostate stimulation during intercourse; the opportunity to kiss, watch, and whisper to each other; and the potential for including BDSM elements. Because both partners are horizontal, this position is comfortable and easier than others when one or both partners are tired or seeking a less physically demanding pose. Missionary is regarded as one of the main three sex positions, along with cowgirl and doggy-style. It is a universal sex position that is popular with cultures around the world. There are some people who will say that missionary is the best position for procreation because the penis delivers sperm closer to the cervix. However, there is no medical evidence to prove missionary sex results in more pregnancy.

More About The Missionary Sex Position

Despite how frequently it's used, and how popular it is around the world, the missionary position has gained a negative reputation. It is often maligned as the “vanilla” sex position, and generally regarded as bland and uninspired, despite its significant erotica potential. It could be said that this characterization is entirely based on opinion, but there is some potentially insidious history to the rise of the missionary as the go-to sexual position.

It is believed missionary position gained prominence due to its alleged favor by Christian missionaries during colonialist expansion. It’s believed that church leaders wanted to encourage people away from the perceived animalistic doggy-style position. They believed humans to be above other animals, despite the fact that bonobos chimpanzees, one of our closest genetic cousins, also engage in missionary position sex. The term “missionary position” was not adopted until the late 1960s. As religious doctrine dictated missionary to be the acceptable sex position, it was also meant to reinforce a male-dominant position in sex.

Because the “vanilla” impression of missionary position has become so pervasive, many folks forget that there are many ways to add variation to a classic and increase sexual pleasure options for this position. Incorporating sex toys is an easy way to do this. Because of the position of the genitalia, missionary is an ideal position for penetrating partners with penises and receiving partners with clitorises to achieve simultaneous stimulation with a vibrating cock ring, like the Hott Love Extreme Everlasting 10-Function Vibrating Cock Ring from Spencer's

One of the main benefits of missionary sex is that this position allows easy access to one of our most erogenous zones: our mouths. Both partners can use their lips, teeth, and tongue to bring additional pleasurable sensations to their partner’s mouths, necks, ears, nipples, chest, and more. Few other sex positions allow as much mouth play as the versatile missionary position.

Advertisement
More About The Missionary Sex Position Below

The Mermaid Position
Try This Position

More About The Missionary Sex Position