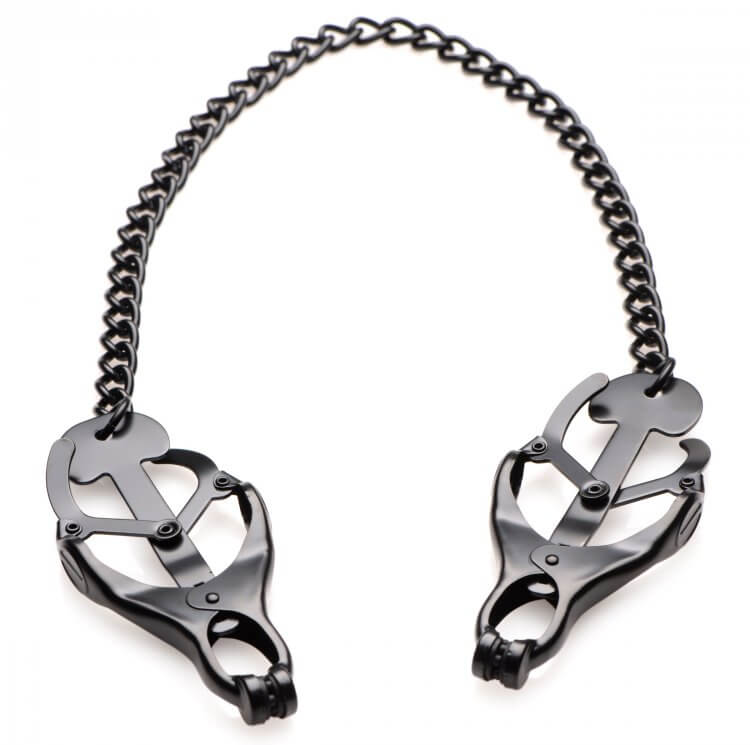 A Japanese clover clamp is a flat clamp that is typically about 2" x 4" in size. The spring tension holds the clamp on the nipple. The tension can be increased by attaching weights to the clamps or by pulling on the chain that connects the two clamps together.

This type of clamp is generally only utilized by advanced users because it provides an extreme amount of pain to the nipples. Kinksters new to nipple clamps may prefer a tweezer clamp or another gentler, style of clamp.

The clamp can also be used as a travel restraint device in some scenarios. If the chain is tied to an immovable object or surface, the wearer is unable to move without the infliction of a serious amount of pain to the nipples.