Similar to a prostate orgasm or G-spot orgasm, a ballgasm is simply a "type" of orgasm that originates from a specific body part. The sensations of orgasm (including the contractions, release and full-body sensations) may remain the same as penile orgasms - or they may vary in breadth and intensity.

As the vulva shares a similar nerve structure to the testicles, some people may choose to use the term ballgasm alongside vulva stimulation for gender affirmation.
Advertisement

For some couples, the quickest way to experience a ballgasm may be by using the Balldo for ball sex. However, other types of stimulation can be a gateway into the sensations of a ballgasm as well. Gentle petting, light tugging, warm sucking, light vibrations from a sex toy and firm caressing of the balls can lead to a ballgasm. For many testicle owners, a bit of lube can help the experience feel even better as well! 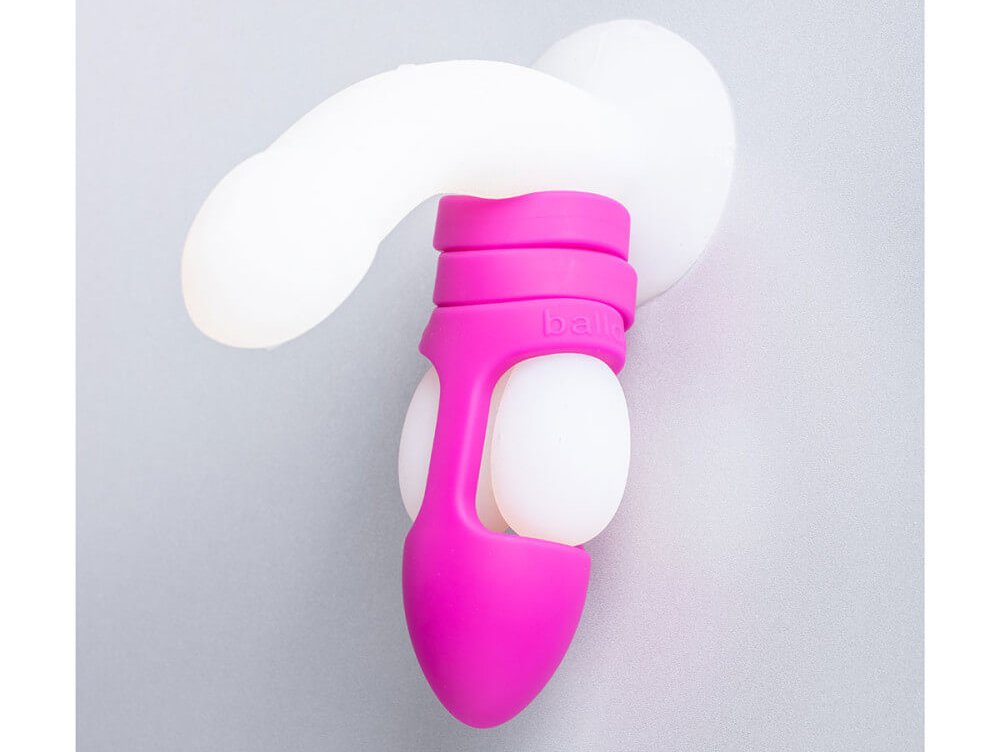 For some, adding in penis stroking can be a simple way to help the testicle-owner reach enough stimulation to experience a ballgasm. If the end goal is to have a ballgasm through testicular stimulation alone, slowly reduce the length of penile involvement with each pleasure session. It can be difficult for the body to get used to orgasm through new pathways, but giving the body time to slowly acclimate can smooth things along.

While not required, most people experiencing a ballgasm will find that they simultaneously ejaculate. However, this may not be the case for everyone, and ejaculation-free orgasms are possible for some.