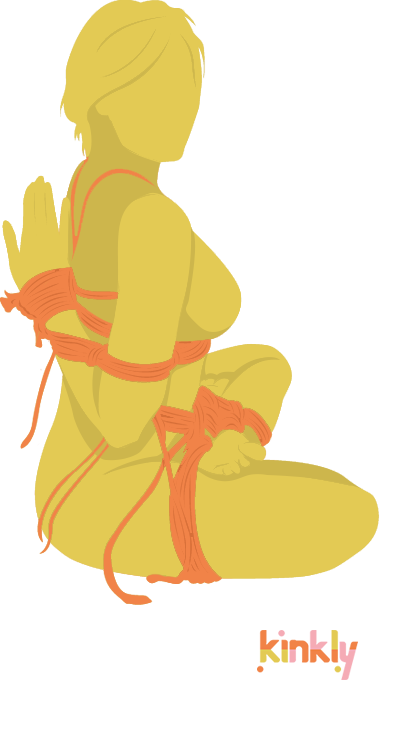 To achieve reverse prayer, the hands are pulled behind the back with palms meeting and hands facing upward. The hands, wrists, and arms are then tied or bound in some combination to make sure the position is sustained. Both rope and leather straps are typical for this bondage position.

This fairly advanced bondage technique can be used on its own or as part of a hogtie. As the body is already thrust backwards in this position, it makes a hogtie easier and visually pleasant. An easy hogtie can be achieved by tying an extra length of rope to the upper body and to the ankles. This forces the submissive into a prone position.

This position is usually practiced on experienced bondage models and submissives because of its discomfort. The position is not a natural one for the arms, and thus can quickly become painful or difficult. The reverse prayer position requires a fair amount of flexibility.

Interestingly, the reverse prayer is also a yoga position called "pashchima namakarasana", where the yogi holds their palms together behind his or her back. It helps stretch the pectoral muscles and shoulders and broadens the back.