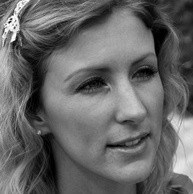 Most People You Know Have an STD

Are you over the age of 15? Are you sexually active? Then you probably have or have had an STD. Now that we have that over with, let's bust some stigma and talk facts.

Is Mono an STD? The Answer May Surprise You

Understand why mono often borders the land of STDs and is placed into that confusing gray area.

Scared of STD Tests? Here's Why You Shouldn't Be

Think STD testing will be awkward and embarrassing? In fact, you're more likely to feel empowered and in control of your sexual health. Find out what it entails and why you need it.

Is Skype a Safer Way to Have Sex?

Sex often comes with some level of personal risk, even when there's no physical contact at all. Find out how to stay safe.

The Shocking Truth About STDs