The Mesopotamian Goddess Who Dominated All With Her Whip

Mesopotamia, located in and around modern-day Iraq, was humanity’s first advanced civilization. Dating back over 12,000 years, it was where cities, writing and the wheel were invented. Some of the very first stories ever put into writing involve sexual acts of dominance and submission, mainly concerning a powerful goddess named Inanna.

I was introduced to this myth during a live kinbaku performance - a woman dressed as Innana was tied up by a rigger dressed as Ereshkigal, queen of the underworld and Inanna’s older sister. This just goes to show stories that enthralled ancient peoples still titillate us today.

Flagellation and Flogging Abounded in Ancient Greece and Rome

In her book, Anne Nomis mentions ritual flagellation in ancient Greece. During the ninth century, a religious cult in Sparta dedicated to the goddess Artemis Orthia used whipping as an initiation rite. Priestesses would oversee the flagellation of young men. The cult was very religious, so we can’t say for certain they enjoyed it, but it sounds fun!

In Pompeii, wall frescos inside the sexy-sounding “Villa of Mysteries” show a winged woman or “Whipstress.” Supposedly, this angelic figure initiated women into the secret cult of “Mysteries” through techniques like bondage and flagellation.

All this suggests whipping was more than just an act of punishment, but a sacred or even sexual act in these ancient times.

Here’s one you’ve likely heard of - the infamous Kama Sutra, one of the oldest books about sex and how to have it. Written in Sanskrit sometime between 400 BCE and 300 CE, the Kama Sutra continues to captivate today. Yet, there’s a lot you may not know about it.

The Kama Sutra is an overarching guide to existence and happiness, much of which is related to sexuality and eroticism. The text is made up of philosophical ideas about life and love detailed using poetry and prose. It includes advice about flirting, relationships (gay and straight), power dynamics in marriage and, of course, lots of sex positions.

These allusions to impact play and consent make the Kama Sutra the oldest known guide to ethically incorporating torture into sex. It’s also the first known text to distinguish between people who enjoy pain and those who don’t.

Japan was largely isolated from much of the rest of the world until the mid-1800s. As a consequence, one of the things it missed out on was metalworking. This led to the creation of an incredibly creative martial art called hojojitsu sometime in the 1500s. Hojojitsu was the art of rope restraint. When capturing or punishing criminals, samurai or other law enforcement would bind prisoners using elaborate rope configurations and secret knots in order to prevent escape.

These bonds were about more than just restraint, however. A lot of consideration also went into the aesthetics of hojojitsu. A major tenet of the practice declared that in addition to restricting movement, the ties must be pleasing to the eye. This led to many innovative arrangements that remained guarded secretly by individual clans.

While rope bondage wasn’t sexualized in Japan until the early 20th century, current practices continue to take inspiration from ancient hojojitsu ties. So, while the art of hojojitsu sadly faded away (Japan was eventually introduced to handcuffs), the art lives on in a new form.

Sex Toys and Products
Infographic: The Evolution of Sex Toys
by KINKLY STAFF 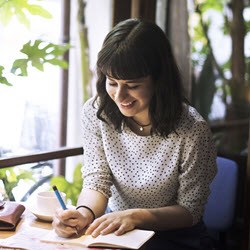 Brooke is a regular gal who just happens to be a polyamorous, queer masochist. She has no expertise in the field of sex other than the fact that she loves it. In her free time, she hikes, reads, and writes. Collaborate with her at brookelarsenwriter.com or find her dumb but well-meaning online ramblings on social media at @blarceny.