An Interview with Step Tranovich of Cute Little Fuckers

Reviewed by Dr. Laura McGuire
on January 27, 2021
This brand-new sex toy brand just completed a successful Kickstarter campaign thanks to their gender-neutral values - and absolutely adorable products. We interview their founder.

Whether you’re into sex toys or not, if you’re a consumer of mainstream media, you might have noticed something over the last few years: Sex Toys. Are. Everywhere.

They’re in mainstream publications. They’re on Netflix and in major motion pictures. Heck, they’re in Walmart and Walgreens!

In other words, sex toys are juuuust starting to peek over the edge of taboo and into the big, promising world of consumer electronics and wellness products; a world where they’re no longer relegated to the embarrassing and obscene; a world where everyone is free to buy and use them, and even feel pretty normal about.

Well, almost everyone. Because while pleasure products have been doing a good job at going mainstream, they haven’t - at least so far - done the best job at being inclusive in terms of the people they are designed to serve. While sex toys are for pleasure, many are designed for male pleasure or female pleasure, entirely leaving out the people who identify as both, neither or trans.

Plus, in vying to be considered sleek consumer electronics products, you might argue that some sex toys have gotten a little serious. They’re beautiful and high performing and look like modern art objects but that level of seriousness doesn’t connect with everyone either, particularly beginners.

So, when we were introduced to Cute Little Fuckers, we were charmed. Here were toys that were carefully designed, high quality, body-safe, gender-inclusive and totally freakin’ adorable. And we weren’t the only ones who went gaga for these little creatures! The brand was the first sex toy product to be featured on Kickstarter in four years - and they smashed their goal within 12 hours, going on to collect 400 pledges and $35,481 in funding during the campaign.

We had to hear the story behind this unique new product, so we sat down with Step Tranovich, the founder and creator of these orgasmic little monsters.

Kinkly: Tell me about Cute Little Fuckers and how you came up with this idea!

Step Tranovich: The big vision behind Cute Little Fuckers is trying to make sex, sexuality and sexual expression, more inclusive and more accessible. It kind of really started as a conversation. Me and a bunch of friends were hanging out in my living room. I'm genderfluid. Most of the people in this conversation were non-binary or trans, and we're all just kind of lamenting the lack of gender of inclusivity in the toy space and how we were really underwhelmed about the sex toy industry on the inclusivity front, and that everything felt very cold, very stoic, and there wasn’t a lot of personality and expression.

That conversation really, like, stuck in my head. Actually, at one point someone jokingly said, “I wish there were Pokemon sex toys,” and everyone laughed.

Then, maybe like a year or two later, I was working at my day job at the time and started having some really intense health issues, which were really disconcerting. I started losing a lot of feeling in my hand and the ability to use the computer. And so, because of that, I actually had to leave my career at the time because I couldn't really use a computer very much. And so I was kind of in the spot where I'm like, “oh my gosh, like, what do I do with my life?”

In this kind of crazy existential moment, for some reason, the thing that popped up was that conversation about sex toys and gender inclusivity. And so, that's kind of where the idea of Cute Little Fuckers pops up in that moment. And I thought, like, you know what? Maybe this health situation is a blessing in disguise and this is an opportunity to really actually l build a future that is even more aligned with me and what I care about. So, I started exploring Cute Little Fuckers and it's just been awesome. 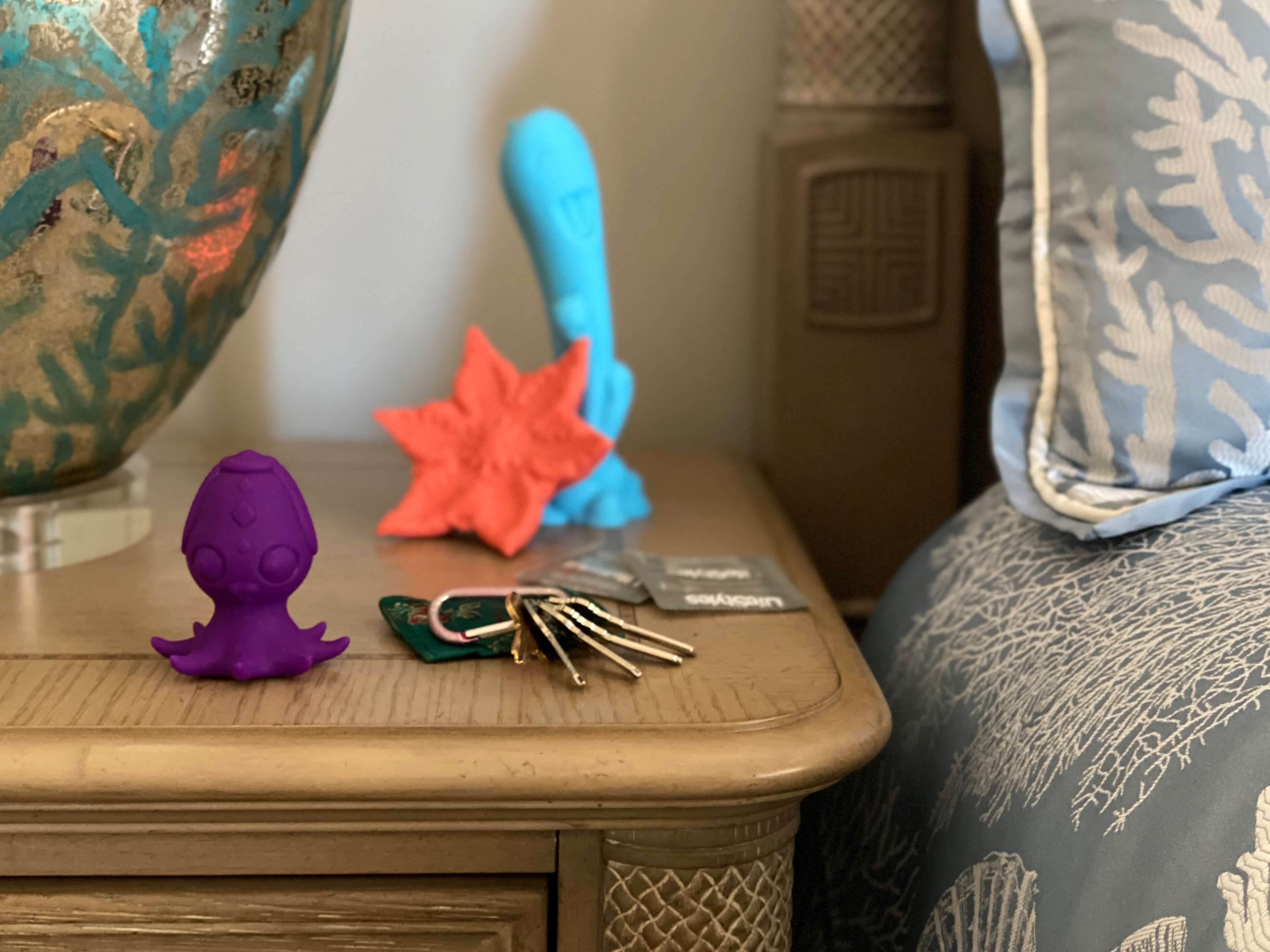 Kinkly: Amazing! Give us your elevator pitch for these products.

ST: They are gender-inclusive; they are really, really made for all sorts of bodies, all sorts of genders. And we do that by making all of the toys have multiple uses. They are made to be very versatile. On the box, on the back of each toy, there's a comic to show just a couple of different ways each toy can be used because it's this versatility that allows so many people to enjoy them, and it’s for us to not pigeonhole people into a certain use. I think the gender inclusivity is a big selling point. I think another one is just the quality of the products; they're all made from really high-quality silicone, are USB rechargeable and are extremely powerful for their form factor.

Kinkly: A lot of the new sex toy brands we see coming out now are really awesome in terms of design, but also really serious. Why did you decide to go totally in the opposite direction with something so off-the-wall and fun?

ST: For one, that's just what sounds fun and nice to me. There’s also the accessibility element of it. I feel like for some people, having toys that are so intense and serious really kind of adds to the barrier of exploring sexuality in general, because it adds to the feeling of it being a heavy and serious topic. And so by having toys that are really fun and lighthearted, I believe it really helps people connect to the experience of sex and that sex can just be this fun, light thing. I think being able to have a sweet, simple relationship to sex is a real indicator of sex positivity and having a healthy connection to sexuality. Seeing it that way can also be especially helpful to people who are in the exploration phase.

I feel like for some people, having toys that are so intense and serious really kind of adds to the barrier of exploring sexuality in general, because it adds to the feeling of it being a heavy and serious topic. And so by having toys that are really fun and lighthearted, I believe it really helps people connect to the experience of sex and that sex can just be this fun, light thing.

Kinkly: Making products, packaging and marketing less gendered seems like one of the next frontiers in sex toys. Why do you feel this is important?

ST: As someone who identifies as genderfluid, the traditional male/female approach really does not resonate with me. It really makes me feel not included in that scene and like these toys aren't for me. Making toys that lack that kind of gender stereotyping stigma - I think it’s really important for helping people who traditionally have not felt included, feel included.

As someone who identifies as genderfluid, the traditional male/female approach really does not resonate with me. It really makes me feel not included in that scene and like these toys aren't for me.

And I think it can be done in a way - and I think we do it in a way - that's still welcoming to people who identify on this more traditional male/female binary. Ultimately, a lot of these toys can be used for multiple different body parts. There doesn’t need to be that divide. 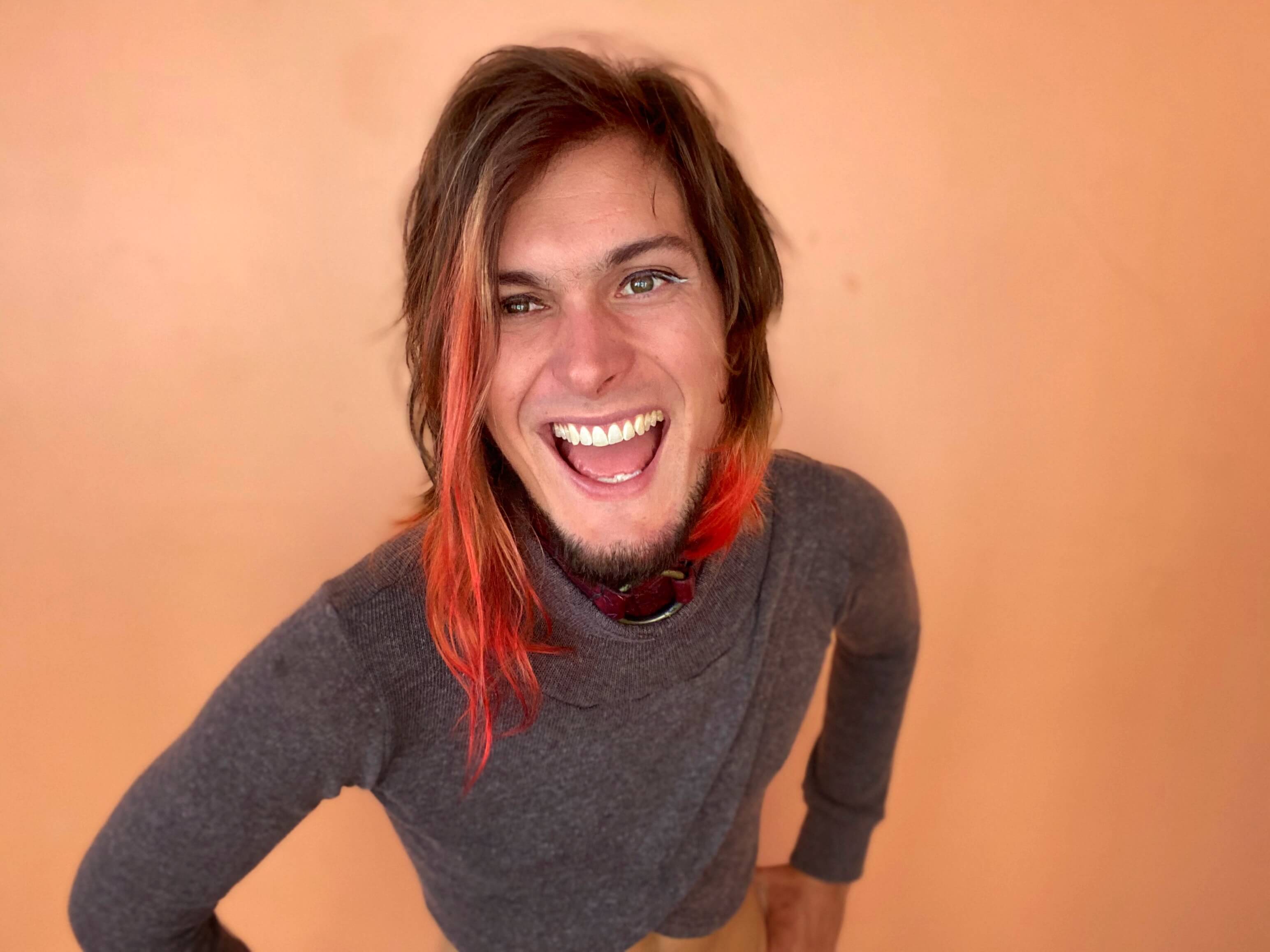 Kinkly: Cute Little Fuckers had a very successful Kickstarter campaign. Congrats on that!

ST: Thanks. That was an epic experience.

Kinkly: Dame was one of the first sex toy companies to launch on Kickstarter and that was back in 2016. How do you think your brand managed to be the next one to get through that filter?

ST: It was a long process to get onto Kickstarter; they actually have an unofficial ban on sex toys. So, it was actually seven months of negotiating with them in order to get on the platform. Ultimately, we were able to win them over with the case that this is less a conversation about sex toys, and more a conversation on how to show up for under-represented communities. And then it's not easy because the LGBTQ community inherently hinges on a lot of topics having to do with sexuality and gender.

Plus, those communities are also generally financially underrepresented - they tend to not have as much access to financial wealth as other companies. So, a platform that connects all creators with financial capital by connecting that community with customers - it's really important for overturning these narratives.

The conversation [with Kickstarter] was ultimately about how can we help these communities when it's not easy because of the nature of the content? [We argued that by] allowing us as an inclusive company on their platform, that's like a real step in helping these communities thrive.

I had done a lot of work before the Kickstarter to see if this is something people wanted and all my evidence pointed to yes, but I really didn’t know. I was not expecting us to get fully funded in the first 12 hours and ultimately hit three times our goal. That was just like a dream come true. I mean, it was an absolutely incredible experience.

Kinkly: Wow! So now that you’ve got this funding, where do you go from here?

ST: Now we're a real company! We used the Kickstarter money to do our first order of toys. We got those toys and we sent them to all the backers. And now we're working with stores. We have our toys in a number of different retailers [including in the Kinkly Shop]. And that's just amazing. We have already made multiple orders after that first order, because people love our toys. I have had the wonderful experience to briefly even be sold out of some of the toys for a little bit, which was both stressful, and something I was grateful for.

I'm so, so grateful every single day of my entire life. This is something people are loving. That I'm making a positive change in people's lives and able to create a financial opportunity for myself, especially as a disabled person, and one who would have a lot of trouble making a living with Covid, is just amazing.

As far as what's next, we are currently in development with our next set of toys as well, which we're aiming on releasing this year. We are not giving too much detail on them yet, but they are coming. So I'm excited to bring even more cute little friends to different people's homes.