“Every clit-owner has a different clit and their own unique preferences for they like their clit to be touched, and what creates sensations of pleasure in their body,” says sensuality coach and sex educator, Che Che Luna, of Allbodies, an online platform for reproductive and sexual health. “And all these varieties of clits and clit-preferences are completely normal.” So, while some clits require tons of direct stimulation to experience orgasmic pleasure, other clits are definitively Cancers—meaning, sensitive AF.

1. Keep Your Pants on

“If your clit is sensitive, sometimes the direct skin-on-skin contact of fingers on vulva can be painful,” says Knight. Try touching yourself over your clothes and notice if that changes your experience.

Start by playing with yourself over thicker materials, like denim or corduroy, and seeing how it feels, suggests Luna. “You can grab the waistband of your pants, tugging up at different directions, and with different speeds and pressures.”

Try tracing the seams along the inner-thigh and crotch of your pants with one finger. How does it feel? Now, try making a fist and rock your knuckles back and forth to provide pressure on your nub. Enjoyable? Place your thumb over your clit, over your pants, and press rhythmically as if to a tune? Take inventory of how each sensation feels.

2. Use Your Panties as Protection

If you need more stimulation than wearing pants allows, shimmy down to your skivvies. “Your underwear can act as a shield from the direct contact,” explains Knight.

While she says that generally, cotton underwear is the best because the material allows airflow to circulate naturally, different materials will encourage a slightly different sensation. While cotton will feel cooler, silk will feel more slippery. And lace and spandex will likely be irritating. So, experiment to find what works best for you.

You might even buying new underwear and lingerie specifically for your solo-sessions. Luna adds that readying yourself for some self-loving can add to sensuality and heat of the experience.

Once you’re in your bloomer of choice, instead of focusing the stimulation on the visible, external part of your clitoris, Luna says, “trace your fingertips around the lining of the underwear, over the area of your vaginal opening and perineum and up and down your labia majora and minora.” 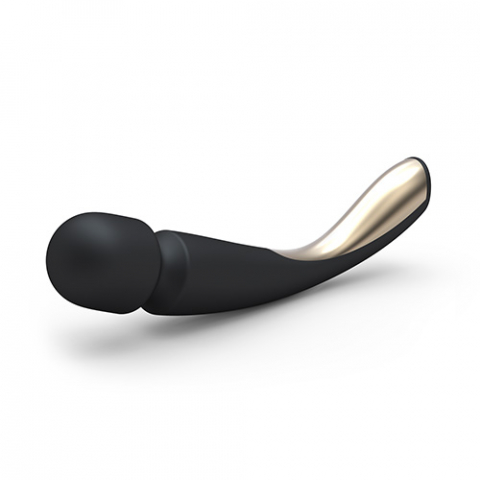 3. Tackle the Task at Hand, Differently

Translation: don’t stay married to a technique that doesn’t make you feel good. Typically, focused-stroked directly on the clit are what’s too much for sensitive folks. Instead, try using indirect contact and pressure.

“Continual, circular stimulation around the clitoris can be amazing for all-around pleasure,” says Knight. “Start with a lighter level of pressure, and then increase it to find what feels best for you.”

Luna calls this the ‘orbiting method’ and says it can build a lot of tingling, sensation, and pleasure, without overwhelming (or irritating!) the nerve-rich nub. 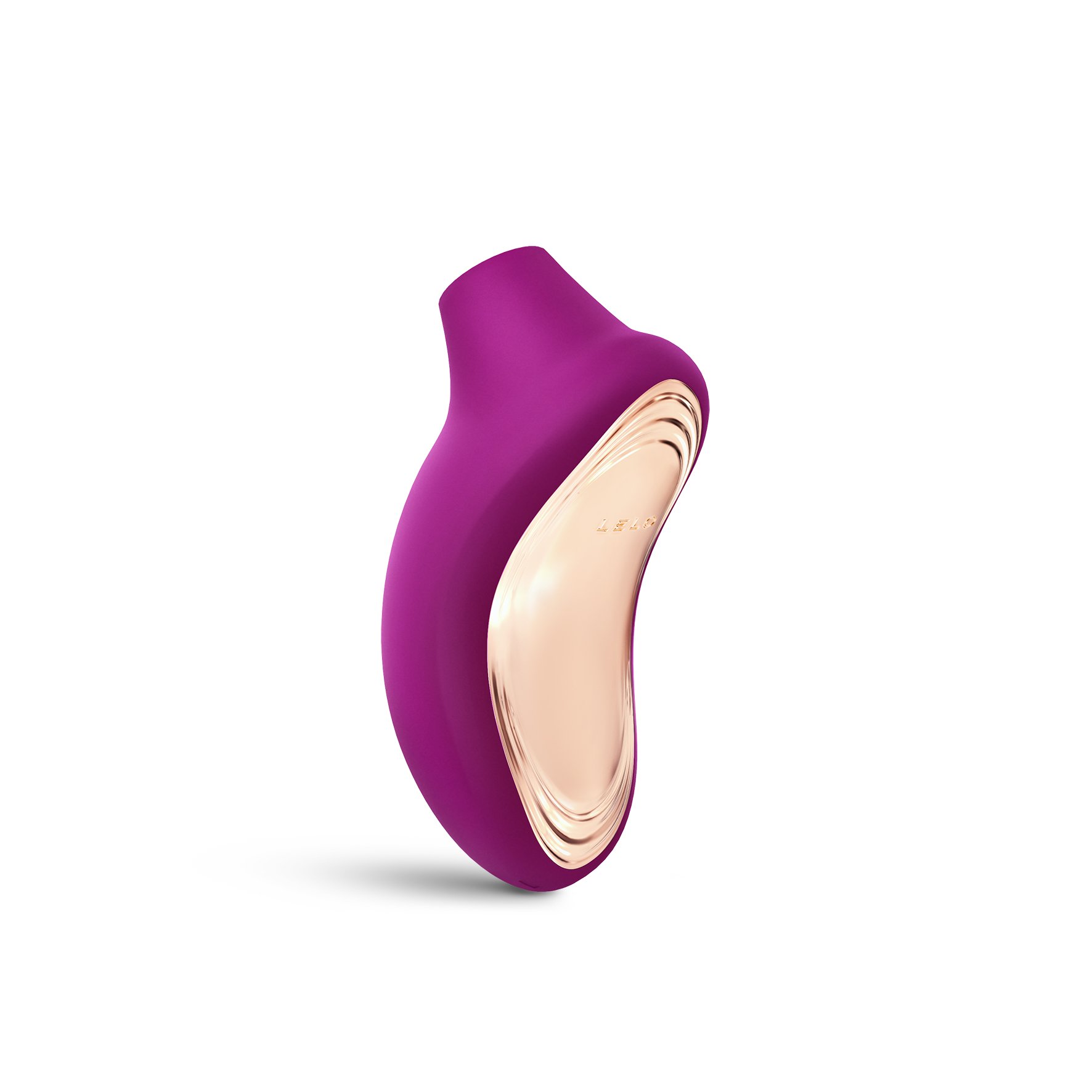 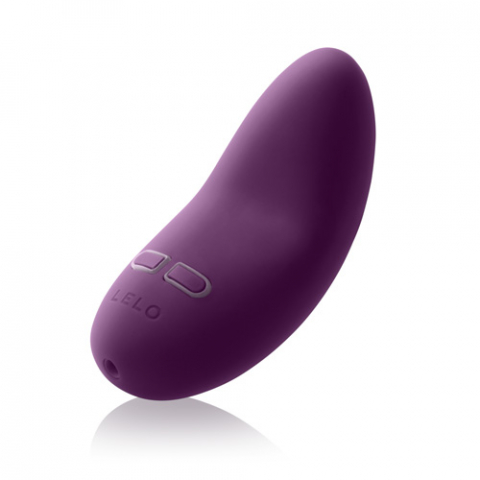 Why might these feel good? Because “instead of using light, rhythmic or focused strokes on the clitoris, you’re using pressure to stimulate your whole vulva,” says Luna. Again, steady all-over pressure tends to be more pleasurable than pin-pointed pleasure for sensitive folks.

To be clear: this can also be done while wearing underwear! “If this feels good, you might remember to keep your underwear on the next time you’re on top of your partner and grinding or humping them,” adds Luna.

5. Use Your Own Bits as Barrier

The clitoris comes with its own little guard: the clitoral hood. “When the hood is pulled back, the clit is exposed and ripe for direct stimulation.” But if you are more sensitive that may not be pleasurable. So instead, come down on the clit, using the clitoral hood a barrier. “This will muffle direct stimulation and make it more pleasurable for those with sensitive clits,” explains Knight.

Or, use your labia. Labia come in varying shapes and sizes, so this tip won’t work for all bodies. But if your labia majora or minora are shaped in a way that allows you to use them as a shield for the clit, give it a try. Luna explains:

“Since the labia swell and fill with blood when aroused, folding them over the glans clitoris and then exploring sensations like fingers, tongues, and toys can be extremely pleasurable.”

Having a sensitive clit doesn’t mean sex toys are off limits! “There are plenty of toys like metal or crystal wands g-spot wands, feathers and dusters, pinwheels, and more that can be used between your legs or elsewhere for pleasure,” says Luna.

Even vibrators are in the realm of possibility. “I would recommend a vibe like the LELO SIRI 2 and the LELO MONA 2, which all have a range of vibration settings and a large surface areas that doesn’t pinpoint just the external part of the clitoris,” she says. 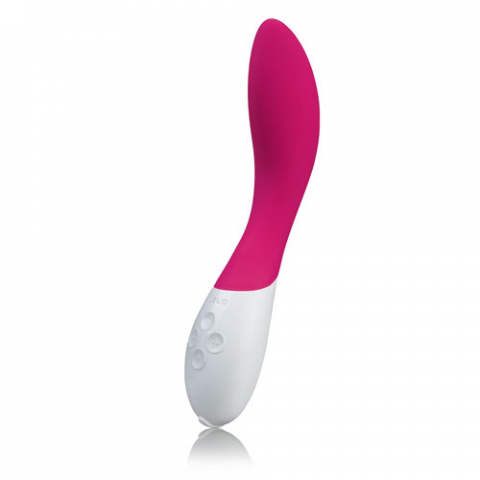 “While everyone who has sex should be using lubricant because it increases pleasure-potential,” says Luna, “It’s an especially great option for folks with sensitive clits because it can reduce irritating friction.”

Another option: desensitizing lube. This kind of lubricant will numb the area, and allow you to handle direct stimulation a little better. However, most experts advise against this. “I’m always cautious about recommending numbing products because our bodies react in certain ways for certain reasons and masking may interfere with your ability to recognize when you’re causing your body harm,” explains Knight.

If you’re a sensitive-clit-owners, there are a bunch of techniques (and toys!) to try that could have you saying “OOO ya” instead of “ouch!”.

If none of these tips work for your body and you’re in constant pleasure, Knight recommends chatting with your doctor. “There’s a condition called clitorodynia, which can result in folks having overly sensitive clitoris that can experience more pain than pleasure.” Good to know! 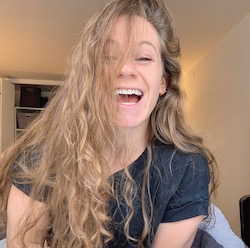