by KINKLY STAFF
Published: JANUARY 31, 2020 | Updated: JULY 15, 2020
Presented by CALEXOTICS
If orgasms are so beneficial, why not have them whenever - and wherever - we can?

It’s 2020. Birth control is accessible, there’s a sex position for every angle, and vibrators come in all sizes. Some are as long as your arm, and some are as small as your thumb. Bullet vibrators are easy to conceal and often inexpensive. Some even look like lipstick, keeping your pocket-pleaser top secret.

We learned the value of these technological delights early in our adult years. They’re a great solution to many ailments. Whether we're frustrated, sick, stressed, bored or suffering from insomnia, an orgasm is often what cures us - or at least takes the edge off.

So, we snatched up a few bullet vibrators and started carrying them around with us. Orgasms at our fingertips - talk about a quality-of-life breakthrough. In fact, the Kinkly team has used our chick sticks in all kinds of places, with very satisfying results. Here are a few of the daring places our staffers gotten off - and why you might want to do the same.

“Vibing in traffic” as we like to call it, is a great way to break up the rush-hour blues. You’re stuck in gridlock, and the only thing on the radio is Justin Bieber on repeat. Don't fret, you’ve got your mini missile for these occasions. we've kept my sanity through many rush hours this way. And it’s OK if you’re a screamer; people will just assume you’re singing along with the Biebs.

Fair warning, though: If you pull your vibey little friend out in the middle of traffic, some people can see what you’re doing. We learned that the hard way. One of us doesn’t have tinted windows and was parked next to a semi truck on one occasion. Luckily, this staffer wasn't averse to a little voyeurism so it didn’t bother them that much. But, Mister in the semi got a full-on show of their vibrasm. 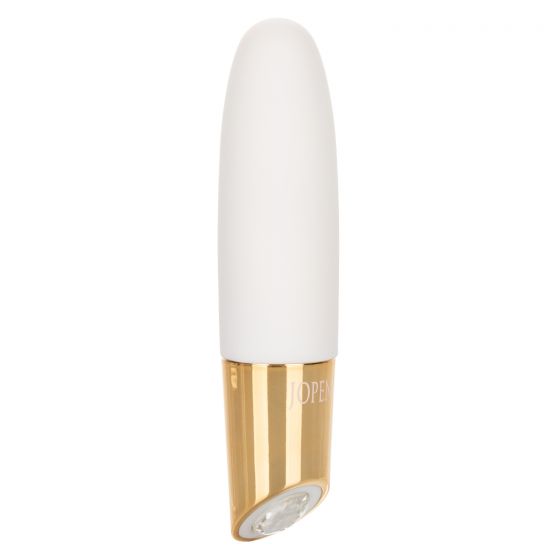 This luxurious little bullet is the perfect size to slip into your purse for whenever you need some powerful, delicious vibes!

Among the Bibliophiles in the Library

It’s not what you think. We weren’t reading romance novels, we swear. Our staffer was studying for a philosophy exam. If David Hume doesn’t get you going, that’s your problem. We're kidding. The study session left our staffer fantasizing, and they had to take care of the creeping arousal before it threw their entire midterm out of whack.

The sensible thing to do in this case would be to go to the restroom. But, well, we don’t always do things the sensible way. We're not crazy; we don't recommend yanking it out in the stacks. Our staffed snuck inside the door of a study room and took care of it. Next time, though, they'll actually close the door. When they sneaked back out, a few people were giving them funny looks. Like any good-natured college student, they blamed it on their friends. “Ugh, she won’t stop calling!”

Advertisement
MORE FROM CALEXOTICS
All Articles

Better Than Chocolate: 4 Sex Toys to Sweeten Your Valentine's Day
by AMELIA COHEN 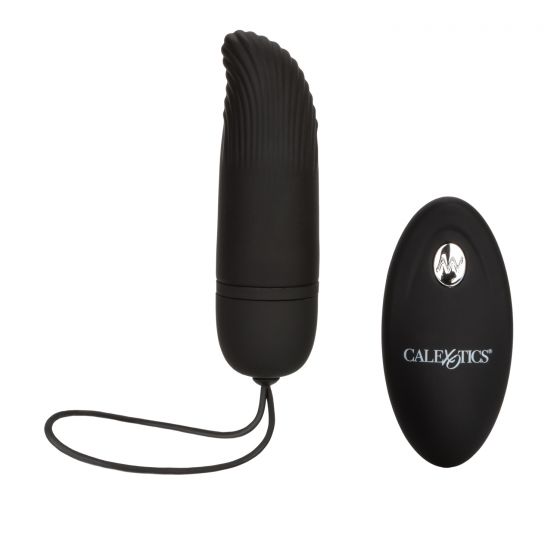 Bullet vibes with a remote, like the Ridged G from CalExotics, make it even easier for you to slip in some incognito pleasure.

The Apex of a Mountain Summit

Lovers of the outdoors might be familiar with the state of arousal you feel while you’re adventuring. You know, all that adrenaline, dopamine and other feel-good hormones coursing through your body. Scientists have shown that it's possible to “misattribute” this arousal as sexual.

It definitely works for one of our staffers. When they're climbing a mountain, they're excited to reach the summit. By the time they get there, they can hardly keep it contained. Since they're often alone, there’s nobody for them to misattribute their arousal to. It's just them. That’s why they always carry their trusty bullet in their pack. It weighs almost nothing and serves a useful purpose. Pull that baby out, vibe away, and you're ready to set up camp or head back down with a clear head. 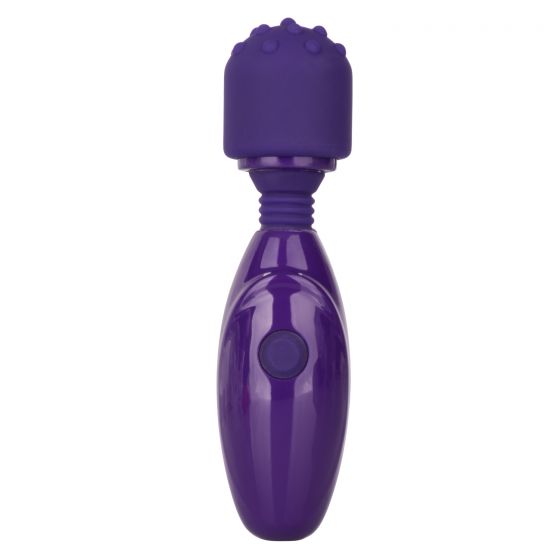 Getting My Swole on at the Gym

Anyone who's had a piercing knows how sensitive a body part is after the piercing. Clitoral hood piercings are no different. Walking the wrong way can cause the pinching of a thousand scorpions - or an unexpected orgasm.

One of our staffers was in a vertical position, legs hanging, when it happened to them. (Some call this exercise the "captain's chair.") They raised their knees to their abs a few times and felt something building deep inside. Ab orgasms (“coregasms”) are real, and this one was coming on fast.

What to do? Their solution was waiting for them in the locker room, where they grabbed their tiny tickler, headed for the showers, and finished the job the Captain started. 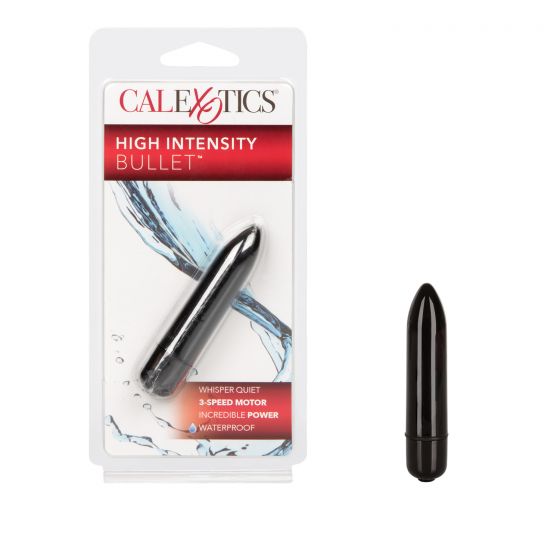 Amid the Cheers at a Baseball Game

It’s incredible how easy it can be to vibe the bean in a crowd of thousands and be discreet. Most people don't notice what’s going on around them. That said, we're not suggesting you publicly expose yourself, OK?

Now, one of our staffers is a fan of an out-of-state team and sometimes they score free tickets. So, when the team plays in our staffer's area, they sit with the home team. Rooting against a sea of exuberant fans is thrilling, but walking into that situation can rouse the nerves. That's why they always have their little friend to relieve anxiety.

Since there were so many people around, they opted for a nipplegasm. The nipple stimulation was enough to calm them so they could be the best fan possible. And they did it all without a peep or second glance from anyone around them. 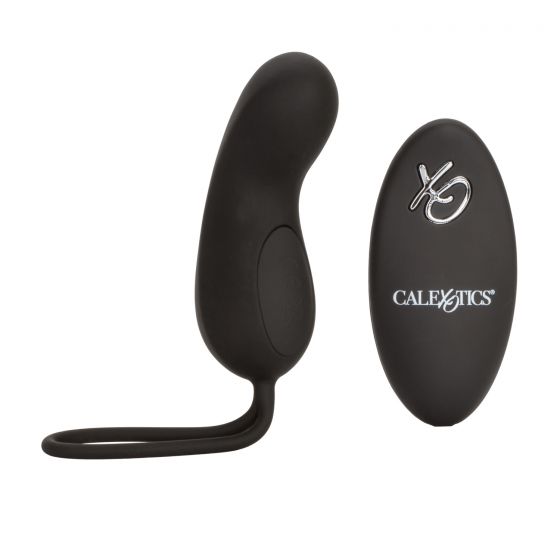 When going for more public play, bullets with remotes are the best course of action. The Rechargeable Curve from CalExotics gives you delicious vibrations whenever (and wherever) you may need them.

At any given time, some of us own about 10 pocket rockets. Two for the car (in case one dies). One for our gym bag and one for our purse. At least three for the bedroom. One stuffed in the sofa cushions. One for the bathroom, and one in a secret place we keep to ourselves.

Maybe we have a problem. Maybe we're lazy. Or maybe, just maybe, we’ve tapped into the solution to all of life's problems. At any rate, it can't hurt, and it usually helps. Seems like an easy choice to us.