Got a Penis? Here's How to Have Sex Without It

Well, here's something to think about: Sex isn't all about your penis. That is your first misconception. I need to tell you that you have been duped. Actually, we have all been duped. Society’s obsession with your phallus is leading you down the path to a load (pardon the pun) of unnecessary sexual problems,or rather, straight down to the drug store for super expensive and often unnecessary pharmaceuticals. Of course,your penis does actually come in handy sometimes. Having a penis that produces sperm kinda helps the reproductive process, right? I think we can all agree on how that is amazing. Ejaculation is a pretty cool process, too. An erection is super special and apparently (so I’ve been told) feels pretty damn neat.

Your Biggest Sex Organ Is Your Brain

Seriously, how cool is that? Your biggest SEX organ is actually your brain.

Which is why often, when men are feeling under pressure to “perform” sexually, their penis does not work the way they want it to work. Imagine then, what it would be like if we taught people that sexual activity doesn’t just have to be about penetration. If we did this, the impact on sexual function could only be positive. Just think for a minute what it would be like to be sexual with someone and not worry about the fact that you thought your penis wasn’t big enough, your erection wasn’t hard enough, or how long you might last before ejaculation. What a relief, right?

Oh, and just a bit of information on the topic of ejaculation and timing: do you know that Alfred Kinsey, the famous sex researcher from the '50s, found that nearly 20% of men ejaculated within two minutes of penetration and 47.6% of men ejaculate within five minutes? This is interesting because so many men feel under enormous pressure to last for hours on end. It also means that many men who have been labelled with a “sexual problem” are actually functioning within a normal range (and yep, we can blame pornography for adding to these unrealistic sexpectations). So, in a nutshell, we are all living by a bunch of so called “sex rules” that aren’t even realistic and aren't written in stone. Anywhere. Go figure!

Most women do not orgasm through penetration alone. In fact, statistics tell us that only around 30% of women will be able to do that. So, that fact there means you’ve got about 70% of women that do not need your penis to get off. Yep. That’s right you can help her get off without the need for a hard penis.

If you are a man who likes to sleep with men, well guess what? They don’t all want or need your penis to have an orgasm, either. Many men who have sex with men don’t want any penetration at all. Yep, that’s just another myth.

Take Your Sex Tricks to a Higher Level

Phew. Are you relieved yet or still not convinced? Okay. How about if I told you that by allowing yourself to open up to the notion that your sexual activity can be a whole lot more than penis in vagina/anus penetration you are actually opening up the opportunity to take your sexual repertoire to a whole new level? You see, in doing that it forces you to “think outside the box” (pardon the pun, again) and in turn gives you a space where you can really reinvent your sexual script.

I know some of you who are reading this are wondering “But what if may partner actually says they need a hard penis penetrating them to be able to orgasm?” Well, my answer to that is: who said it has to be one attached to your body? Seriously, who said that? There are plenty of sex toys, hard objects, and other gadgets that can give just as good, if not better, hardness for those really wanting that for penetration. I can also share with you that many of my clients who have experienced concerns with their penis not being as hard as they would like or not lasting as long as they would like have actually noticed that once they start approaching sexual activity in this manner their penis does stand up for some action.

So, my sexologist tip for today is this:

If you just let yourself take the emphasis off the need for a raging hard penis, everyone, especially you, can just relax a little and really get down to enjoying your sexual contact, hard on or not.

How to Pleasure
9 Things You Don't Know About the Mighty Foreskin
by ANNA LYNN
Advertisement
Have Better Sex! 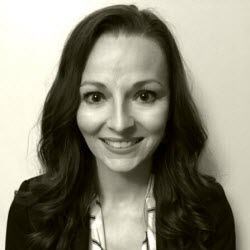 Naomi Hutchings is a clinical sexologist and has been working solely in the area of sexual health and relationships education and training for more than nine years. Naomi holds a Masters of Health Science in Sexual Health from the University of Sydney. Naomi was drawn to this work out of a strong desire to improve the sexual health education curriculum and sexual wellbeing for all people and communities. Naomi brings this same passion and commitment with her whether working at an educational level in a school or university, through public speaking or media interviews or consulting with individuals, couples and families.