The scientifically proven truth? If you think penis size is the end-all-be-all, you’re working from a flawed premise. The clitoris is the thing that you need to focus on if you want your partner to come rather than merely say she did. And even if you know that, do you know the science behind why? Let's take a look.

How She Gets Herself Off

In interviews and lab-based observations dating back from Alfred Kinsey's research in the 1950s to Masters & Johnson's research during the '60s continuing through today's scientific studies, only one in five women ever uses vaginal penetration to give themselves an orgasm. Most women quit using penetration after sating their curiosity about it. Yet, all women stimulate the clitoris every time.

If the clit could be safely ignored or stimulated as a mere afterthought or during foreplay, or left there on its own to catch whatever attention it can during thrusting, don’t you think more women would ignore their clits when they’re all alone and able to do whatever pleases them best?

Why She Doesn't Rely on Penetration

Several studies have shown that only one in five women orgasm from thrusting by itself regardless, again, of penis size. Approximately eight out of 10 women require direct clitoral stimulation to orgasm. Sometimes, this is done during penetration by rubbing her clitoris against her partner's pubic bone or while touching herself. However, most women need direct stimulation: your licking or stroking of the clit, making sure it is well lubed, is precisely what she wants and needs.

Why? Although you only see a tiny bump, the visible portion of the clit has many nerve endings. It has just as many nerve endings in that tiny spot as in an entire penis. The penis and the clit were embryonically formed from the same stuff. No other part of the vulva or its surroundings is nearly as sensitive or responsive as the clitoris just as no other part of the male anatomy is as sensitive or responsive as the penis. So, expecting a woman to get off only from intercourse is a bit like expecting a man to come without anything directly touching his penis. It can happen for some, but not for most.

Why don’t more women come more easily to thrusting? In a bizarre cosmic joke, it's the position of the clit that really determines how much pleasure a woman can achieve from penetration. As with any other real estate, it's all about the location, location, location! Any woman whose clitoris is more than an inch from the vaginal opening is unlikely to orgasm from penetration. That is most women.

This is nobody’s fault, and it does not need to be fixed. This is biological. It is something you can deal with by freeing your mind and double-clicking her mouse, wherever it is. It’s there, it’s fabulous, and it’s the key to the Queendom. That is what matters.

What You Can Do

Each clit has its own personality; so much so that I can’t tell you what the clit wants, other than wet attention, because each clitoris likes to be adored in its own unique way. Many women prefer oral sex as the most direct route to orgasm. Some will show you what they want, but won’t tell anything; you will have to watch closely and pay attention to their body language, breathing, and noises…languages of their own.
Advertisement

So, there’s no getting around it. You are going to have to lavish attention on the clitoris and communicate with the person you’re having sex with. This goes for both partners. Expecting orgasms but withholding information from your partner is not fair. (Aren’t real orgasms so much better than the fake ones?)

Men who write to me aren’t selfish. They want to please their partner, and that’s a very good thing. If you want to give your partner a sexual high that is real rather than faked or missed, that will involve abandoning porn-industry notions of the immediately orgasmic woman who needs a deep dicking and nothing else. Instead, establish genuine intimacy with the real, individual woman.

So, make orgasm easy - or at least, a whole lot easier: transfer your to her clitoris, playing together to figure out precisely what she wants and needs.

Bonus? The clitoris is on the outside of the vagina. Every part of you can reach it, and every size is right.

Sexual Health
The 5 Key Differences Between the Male and Female Orgasm
by KAYLA LORDS
Advertisement
Have Better Sex! 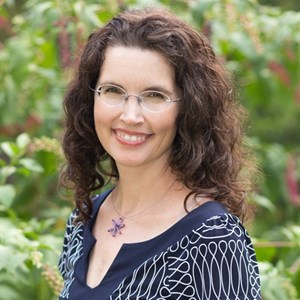 Duana Welch, Ph.D.
Duana C. Welch, Ph.D., is the author of 'Love Factually: 10 Proven Steps from I Wish to I Do," which was released on January 7, 2015. You can get a free chapter and see more at http://www.lovefactually.co
Full Bio
In The Kinkly Shop
Visit The Kinkly Shop