Want to Try Role-Playing in the Bedroom?

There are so many sexy costumes out there, and they’re not just for Halloween. Dressing up and role playing in the bedroom is a very popular couples past time. Many common fantasies include nurse/patient, maid/homeowner, mechanic and sexy car owner. The list is plentiful. While many couples use this type of foreplay every day, it may seem scary for some.

If you never excelled in drama class, this type of foreplay may seem daunting to you. How do you get into the role of your character when you can clearly see it’s your husband or boyfriend sitting in front of you? You don’t want to look stupid, right?

Getting into character in front of your partner should be easy - you’re comfortable around him, right? But you’re comfortable being you, not an English maid. It’s not as hard as you think, and the whole experience can really be quite arousing if you just let go. Here are some tips on how to own your first role play experience:

In the beginning, role play can feel weird and unnatural, but the more you practice, the more you'll see that it can be the best way to keep things new and exciting. Yes, you're going to break character; yes, you're going to find you like some scenarios more than others. Like anything else, dont let one poor experience keep you from trying again. Talk to your partner after the experience and share what you did and didnot like and the second time around will be even better.

Remember, confidence is key. If you're nervous in the beginning, fake it 'til you make it - he'll probably be so distracted by what you're wearing, or not wearing, to notice your role play jitters. 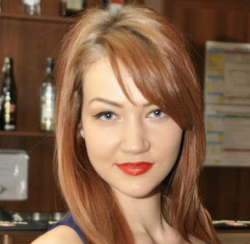