Whenever I say “OhMiBod” to anyone they usually respond “The music vibrator?” and yes, OhMiBod is the company that brought us vibrators that work with music but they have done many other cool things too. Among them, the Lovelife line of moderately-priced silicone toys. Decked out in pink and hearts, beautifully packaged (seriously, I have used boxes from the Lovelife toys to organize my office!), and named for what the creators see as the cornerstones of their relationship (Adventure, Smile, Share, etc.) the Lovelife toys range from cute to impressive. Hanging out on the more “impressive” side of the scale is the Cuddle. (You can read about OhMiBod's founder here.) So, what’s the deal with this toy?

The Cuddle is a rechargeable G-spot vibe featuring 6 speeds. The size and shape are reminiscent of many popular (and significantly pricier) G-spot vibrators, although it features a head that walks the line between nonrepresentational and representational with its bulbous shape and subtle coronal ridge. 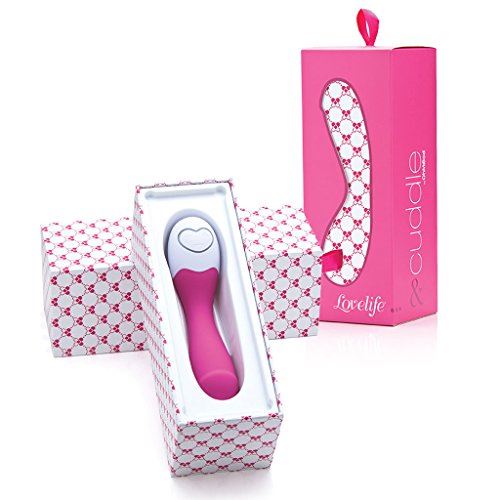 How does the OhMiBod Cuddle work?

The Cuddle comes with a USB charger that inserts into the bottom of the handle. There is no wall adapter included, but I have charged mine using the adapter that came with my phone. The Cuddle is operated using a heart-shaped button that features three symbols: "+," "-" and "~" . Its 6 vibration speeds are controlled by pressing and releasing the +/- buttons while the 6 functions are controlled with the ~ button, which can be used at any vibration speed. The Cuddle is splash-proof not waterproof. That means you can bring it in the shower but not submerse it in water.

How does the Cuddle feel?

The Cuddle is beautifully made. The pink part is a luxurious matte silicone and the white part is ABS plastic. The silicone body does not bend but there is a bit of squish to the ridge of the head.

No, seriously, how does it feel?

The length of the cuddle is a little on the short end for G-spot toys, so I was aware while using it that an extra little bit might have been pleasant. That said, the bulbous head brings a fullness that I’ve often found longer toys to be missing. It's the Cuddle's versatility that makes it such a great toy, though. The motor actually outperforms some of the pricey vibes I’ve tested (although I would like the vibrations to have more rumble and less buzz) and, while it's designed to hit the G-spot, it works well externally for clitoral stimulation too. 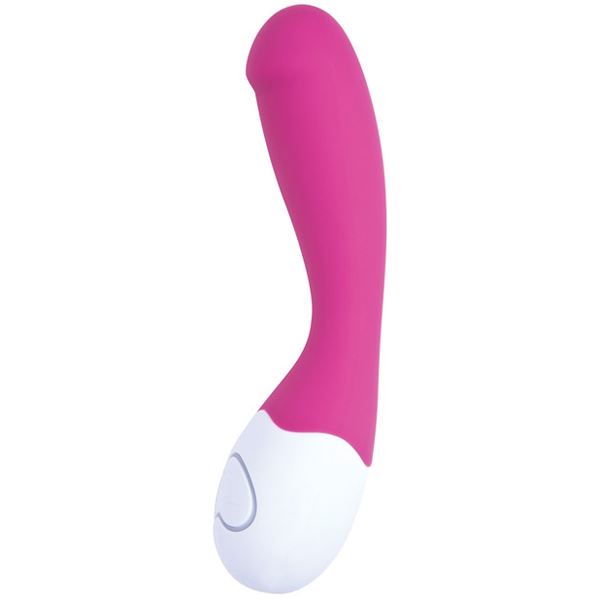 If you’re looking for something that works well as a clitoral vibe and G-spot toy, the Cuddle could be for you. It’s not going to satisfy folks who want a ton of power or huge girth but it’s definitely a solid rechargeable clitoral vibe and small G-spot toy that won’t break the bank.

Things I Love About the OhMiBod Lovelife Cuddle:

Things to Consider About This Vibe:

The OhMiBod Lovelife Cuddle retails for $69.

Thank you to OhMiBod for sending me the Lovelife Cuddle to test!

JoEllen is currently writing her first book: “The Monster Under the Bed: Sex, Depression & The Conversation We Aren’t Having”