Wanna Act Kinky in Public? Here's How to Do It Incognito

by MISTRESS KAY
Published: JUNE 22, 2021 | Updated: SEPTEMBER 7, 2021 06:06:09
Presented by SATISFYER
There's a line between being kinky in public and public indecency. We've got the low down for keeping your kink on the down low.

While public kinky play isn't for everyone, it's certainly a turn-on for enough people that it's constantly talked about. (Though there's nothing wrong with wanting to keep kink solely in the privacy of your bedroom either!)

But for a lot of people, the built-in sexual tension with no "relief" partnered with adding kink to their everyday lives can be a powerful draw to kink in public. Not only does it give you and your partner a sexual "secret" no one else will know about while you're out, it also gives you both a fun, discreet way to add some flirtation and new memories to activities you've probably done many times before (like heading out to dinner).

I can't tell you much about the hundreds of times we went to my favorite restaurant - but I can certainly recount a lot more details about the time we went while we were wearing sex toys to dinner!

You can take the idea of "kinky public play" as in-depth as you want. For some people, the simple addition of public play sex toys is already A+ - they're very satisfied. For others, they might want to negotiate entire public play behaviors and dynamics for their kink relationship - to reinforce their D/s power exchange relationship when they're surrounded by others.

Whatever you choose to do, I have some inspiration to help up the ante - and some tips to ensure your kinky play stays between the two of you:

If you and your partner are simply turned on by being aroused in public (with no one else the wiser!), there's an entire internet of porn available on your cell phone! Ensure your phone is on mute (we know how some adult sites might auto-play videos!), and take turns finding and sending your favorite adult shots to one another via text or your favorite cell phone messenger. Not only do you get the fun of being "discreet" while finding the shots, but the action happens entirely on your cell phone - which means you're just going to look like two people absorbed on their cell phones. Little does anyone know....

If you want to up the ante for involving your cell phone in public play, the cell phone camera is a perfect way to do it. You can get as risky (or as tame!) as you want. If your place has a bit of coverage, an upskirt/unzipped pants picture at the table can be a hot one to send to your partner. If you want to assign a task for your partner to do for you in the public bathroom (and to provide pictures/video with their cell phone), you can always do that too.

(Just make sure to be sensitive to other's needs with the bathroom. If you're in a hopping nightclub where there's already a line for the bathroom, it's probably not the time. If the restaurant has 4 open stalls and is half-way empty, you probably have more wiggle room).

There are lots of bondage options that can be worn underneath clothing. For example, if you're wearing a long sweatshirt, you can easily hide wrist cuffs on your wrists. If you're wearing long jeans, ankle cuffs will disappear. While you probably aren't going to get a collar to disappear under a turtleneck sweater, there are lots of other bondage toys that can be easily hidden underneath clothing. For example, you could hide acupuncture spikes inside of a bra - or in the pouch of underwear for a penis. Don't forget about the ever-popular corset which can feel like bondage - but is entirely public-appropriate to wear out to your favorite spots!

The easiest way to instantly "kink up" any public excursion is just to remove any underthings. Without a bra, panties, or briefs, the fabric of clothing is going to feel much different than your usual experience - and things will feel a bit different too. Just make sure not to sit down on any public surfaces without some sort of coverage between your bare self and the seat; that's just etiquette

You don't necessarily need to use bondage toys in order to do bondage. In fact, verbally telling someone not to do something can be surprisingly functional. If your partner is tapping their foot, ask them to stop - or else you'll do something kinky to them. Order them to keep their hands above the table where you can see them - or else you'll ask them to discreetly remove an item of clothing for each misstep. For some functionally-fun bondage, I recommend having one person learn about "proper" table manners and posture and require them on your evening - and add a count of all of the mistakes for punishment later.

Read: 6 Orders for Your Sub That Have Nothing to Do with Sex

Advertisement
MORE FROM SATISFYER
All Articles

Not as sexual as other items on this list, speech restrictions can still be a lot of fun - especially if you're heading out in a group of people. Ahead of time, you and your partner will determine what words or topics are off-limits - and you're expected not to use those terms during the night out. You can come up with a punishment system ahead of time (like "one spanking for every time you use it") to add some "stakes" to the game. This could be basic as not allowing the word "I" or prohibiting any conversation about a specific topic - like not being able to discuss anything about horror movies when the group just went out to see a horror movie. If you're heading out to watch a sports game with friends, it can be particularly fun to watch someone try to get creative in conversation when they're not allowed to say the sport's team's names.

A Drinking Game - But for Spanking

Just like a drinking game, you and your partner can negotiate some sort of "outcome" for some reoccurring thing that's happening wherever you're at. For example, if a nearby patron keeps loudly redirecting their table's conversation to cars at every opportunity, you both can agree that every instance of this fellow's behavior will lead to one spanking when you're back at home. If you're at the park, you can agree that every jogger that passes a specific landmark will add to the spanking - and you can require one partner to stop what they're talking about and verbally count the number each time it happens too.

How to Stay Under the Radar

Now that we've talked about all of the fun, sexy things you can do in public - let's cover how to make sure those fun, sexy things just stay between you and your partner(s). The point is to enjoy the sensual risk of exposure - not to actually expose other people to your kinks.

Turns out, it's easier to slip your behavior under the radar in places where your behavior doesn't stand out. That means selecting the right place for your kink activity. If you're going to use a panty vibrator, that probably means selecting a place where the ambient noise level will be loud enough to hide the noise. If you're going to do some heavy petting while dancing, that's going to be more appropriate at a nightclub at 11pm - than at your local outdoor park at 11 in the morning. Choosing the right place for your kinky fun - and ensuring whatever you're doing is somewhat "normal" for that place - is number 1 is ensuring your kinky play blends in.

Step 2 in staying discreet is ensuring that your behavior isn't anything out of the ordinary. This means wearing the proper clothing for whatever you're doing. If you're wearing a butt plug or a dildo, you'll want some sort of underwear or pants that are tight enough to keep the toy inside of your body - to prohibit you from walking funny or having it slip-out mid play. If you're using a panty vibe, you'll want panties that keep it pressed into the spot where you want it and to have a place to attach the magnet. This prevents lots of wiggling and readjusting to get it into the proper spot. If you're wearing a rope harness or other kink items as underthings, you'll want clothing that doesn't necessarily show it off.

Let's say you already found the right location - but within that location, there are probably lots of different spots to sit. Sitting right next to the highest-traffic area is probably not going to help you keep things discreet. Find yourselves moving off towards the side or into the corner of your location to give you more privacy. Keep in mind any nearby people who might be able to hear or see - and if you're using a cell phone, don't forget to take into account who might be behind you!

Get the 411 On Your Location

So far, most of these plans have discussed how to keep things discreet on a moment-to-moment basis. What if you want to try something really public - like having sex? In that case, you'll probably want to scope your location multiple times beforehand. Head there at the specific time you're hoping to enjoy your kink play - and get a feel for the activity levels and private spaces. Note when things seem to quiet down and what areas seem to be left alone.

Read: Public Nudity: Why's It Considered So Shameful in the US?

Having things go smoothly in public requires planning ahead. You need to assume you have the minimum amount of time possible to do the activity that you're wanting to do. With that in mind, what do you need to pack and have ready ahead of time? Especially if we're talking about doing intercourse, that might mean some foreplay ahead of time (in private) and packing a small bag with the condoms and travel-size-lube - and expecting things to go really, really quickly.

If all things go to hell, knowing the location of the nearest bathroom or private space is your "easy out". Butt plug falls out? Slowly make your way to the bathroom stall to reinsert it - or give it a sex toy cleaner spritz and store it into a sealable plastic baggie you brought along. Rope bondage harness starting to hurt? Make your way to the bathroom and get it untied or loosened. Remote control and vibrator not cooperating? Take both to the bathroom and see if you can get them to pair properly again before slyly handing the remote to your partner again when you get back.

Bathrooms are the ultimate private area that's available almost anywhere - and they can be your savior if something is going wrong and you need to do some inspections.

You're Ready to Experiment!

Have your inspiration and tips? Stock up on your sexy, secret toys and make a plan! I think you might be ready to take your play public - and experience all of the seriously-hot foreplay you can manage. Just make sure to keep everyone else's consent into account - and make sure your kinky play is actually flying under the radar!

And above all, have some fun!

MORE FROM SATISFYER
All Articles 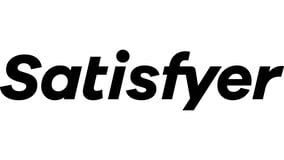