Get Your Geek On - and Get Off!

There was this one night in college when I was tripping on mushrooms, and my friend called me. I remember I was so incredibly baffled and impressed with the telephone. "But you’re all the way across town, and I’m here, and we’re having a conversation! How is this happening?! It’s incredible!" And it IS incredible. You don’t need to be tripping on mushrooms to understand that.

Technology is amazing. And it’s getting more amazing every day with oodles of people getting involved in the DIY/Maker movement. All over the world, this increasingly diverse community is inventing and inspiring new products, including some really awesome ones in the form of sex toys. Here are a few of my favorites.

The Hammer from Kristen Stubbs on Vimeo.

Hacking a Vagina ... Sort Of

If you know what a theramin is, it works similarly to that except with sonar. If you’re like me and the only thing you know about sonar is dolphins, just think of it as science-magic. Like the telephone.

See what I mean about amazing technology?! Big high-fives to these brilliant creators. They’ve made the do-it-yourself of doing yourself much more exciting! Now if you’ll excuse me, I’m off to get my geek on!

Advertisement
MORE FROM ORGASMATRONICS
All Articles

Why I Love Working in the Sex Toy Industry
by KINKLY STAFF
Have Better Sex!

MORE FROM ORGASMATRONICS
All Articles 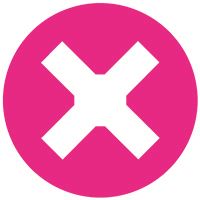