by GIA RAVAZZOTTI
Published: NOVEMBER 12, 2015 | Updated: APRIL 16, 2020
Sex toys aren't just for women. Men can use them to help with sexual problems and increase sexual pleasure!

Sex toys often toys get a bad rap, though many sex therapists understand their value in assisting with sexual dysfunction. In recent films, we may occasionally see or hear about a sex toy, with the most socially acceptable depiction being the young woman who keeps a discrete vibrator secretly in her bedside drawer. Besides that, we don't see a lot of sex toys in mainstream media, except maybe the occasional blow up doll, often used to portray the character of a testosterone-fueled young man desperate for sex. However, men can use sex toys as an aid to their sexual fulfillment, sexual well being, and sexual health.

Here are three key sex toy types for men. Keep in mind that these aren't the only sex toys out there. There are many, many more! So, remember to get out there and find what you like best. Oh, and don't let the thought of a sex toy that you think is designed for a woman stop you from giving it a try if it interests you!

The vacuum pump, or vacuum erection device, is a device which is placed over the penis and pumped to create suction. It encourages increased blood flow into the penis, and results in an erection. Originally, the vacuum pump was used as a penis enlargement device and masturbatory aid in the '80s, particularly among the gay community. Later, the vacuum pump was introduced as a form of physical therapy for men suffering from erectile dysfunction. Included with using the vacuum pump is a penile ring, which is placed around the base of the penis when a sufficient erection has occurred. This way the pump can be removed while still trapping blood in the penis and maintaining the erection. Results from using the vacuum pump and penile ring are generally positive, with increased erections and therefore higher sexual satisfaction. (Learn more in Pumping Up: The Down Low on Penis and Vaginal Pumps.)

Prostate massagers are insertable devices are curved to directly target the prostate. These toys are definitely not only for men who have anal sex. Many men report increased sexual pleasure and more intense orgasms when their prostate is being stimulated. Prostate massage can increase prostate health while improving erection and ejaculatory problems. In addition, prostate massage can keep the prostate healthy by reducing the risk of prostate complications. Men who suffer with erectile dysfunction or the inability to obtain erection might find that prostate massagers assist greatly in achieving and maintaining an erection. (Learn more in Guys, Here's How to Hit the P-Spot Using a Sex Toy.)

Advocating sex toy use could be vital to transform their image from devices used in back rooms and sold in the dark to useful tools for a healthy and satisfactory sex life. The popularization of sex toys could be the next step in ensuring that we can create a healthy, sex positive society that embraces sex and reveres our fullest sexual expression. Men who use sex toys to enhance their sexual satisfaction are often surprised by how useful they can be, as well as the amount of pleasure and enjoyment that can be derived from their use.

Sexual Health
Men (and Their Sexuality) Aren't 'Simple,' and Here's Why We Need to Stop Saying This
by Suzannah Weiss
Advertisement 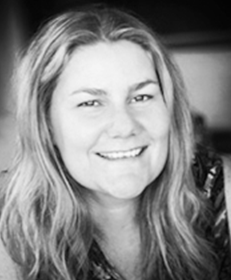 Gia Ravazzotti
Gia Ravazzotti is based in Sydney, Australia, and is passionate about sexual health and well-being, relationships, intimacy and love. Gia is a clinically qualified sex therapist and relationship counsellor with a Master's of Sexual Health. Gia works from her private practice, Conscious Intimacy. She loves writing and has been consulted as the sexual health expert for numerous publications including Cosmopolitan Magazine, Cleo Magazine and OK! Magazine.
Full Bio
In The Kinkly Shop
Visit The Kinkly Shop