It seems like more people than ever are experimenting withkink. Many do so from the privacy of their homes and learn from books and websites like this one. I found it even more helpful to explore my local kink scene at the same time. Finding the kink scene was one of the most transformative experiences of my life. Here are the 10 important lessons I learned.

1. How to Set Boundaries

In the kink scene, it's standard for people to negotiate what they are and aren't OK with before playing together. Essentially, the submissive explicitly sets boundaries with the dominant. These boundaries are normally known as hard and soft limits. Hard limits are things that you don't want done to you under any circumstances. Soft limits are typically things that maybe you are kind of hesitant to take on. Or you're only willing to do them with certain people or at certain times.

2. Something Can Be Scary and Not Kill You

It is completely natural to avoid what we fear. Fear is an extremely intense emotion. Often, fear limits us in ways that actually impede our survival. Fear might keep us from switching jobs when our current employer isn't treating us well - or prevent us from even looking at other opportunities. Fear might make us stay in a relationship that's unhealthy because we're afraid of being alone.

I was scared to death when I joined the kink community. I've also had scenes that scared the pants off me (sometimes, quite literally). I survived. Challenging those fears ended up being incredibly fulfilling for me. It was a rush to conquer my fears and make it to the other side. I also gained the knowledge that I am capable of handling much more than I thought I could.

Whether it's a new sexual act that you're nervous about trying or a big life change, the unknown can be terrifying. It's also where some of the best things in life are. Facing fears is the only way you grow.

3. You Can Tolerate Pain & Survive

In fact, a lot of positive changes require that you tolerate pain or discomfort on the way to achieving your goals. People typically understand this when it comes to changes like dieting or going to the gym, but they usually have a hard time translating it to emotional growth.

Playing in the kink community directly increased my physical pain tolerance, but that wasn't the only change. It helped me develop self-control and the ability to delay gratification, two strengths that I use constantly in my personal life.

I was like a lot of people who first show up in their local kink scene: Really unsure of myself. I felt curious and a little ashamed that I was exploring something that society thought was taboo.

What I found was one of the most accepting communities I'd ever encountered. Like any community, it has its quirks but by and large, I noticed a very encouraging pattern: People who had been active on the kink scene for a while owned their fetishes. They didn't seem ashamed at all. They were proud of them.

Little by little, as I spent time with them, I built up my own sense of personal security. Over time, the petty things people said to me became less like valid criticisms and more like noise. I learned to qualify the person who criticized me to determine whether they were an accurate judge of the subject (and me) or not. If the criticism didn't come from a source I respected, I simply stopped caring about it. I found that if someone doled out baseless criticisms about things that they didn't have much knowledge about or hadn't experienced themselves, it didn't make me doubt myself. It made me doubt them.

Once I stopped constantly shaming myself and responding in a knee-jerk way to the shaming from others, I focused more on building and understanding my own values system to define my own sense of what is and isn't important to me.

5. There's a Difference Between a Dominant and a Control Freak

While it might be scary to set foot in a real life kink group for the first time, I've found that getting connected to a local kink community is one of the best ways to sort out this difference. It's much easier to tell all of these things in person.

6. We're Into Different Things, Which IS Why Consent Is Important

There are some common sayings in the kink scene that acknowledge that while some people are into certain stuff and other people aren't, it's OK. A few of these are Your Kink Is OK and Your Kink Is Not My Kink, But Your Kink Is OK, or YKIOK or YKINMKBYKIOK (for short...ish).

It is most important that whatever people are doing involves clear consent. If it makes everyone happy and it's not harming anyone (as opposed to hurting them, because as I wrote above, pain isn't necessarily bad in the right context), then it's a good time.

This was a really liberating idea that followed me everywhere else. Maybe certain people didn't get my life choices, but they made sense to me and the people close to me and that was what was really important.

Once you get used to explicitly setting boundaries , it becomes painfully clear who doesn't respect them. And who will repeatedly violate them.

This was a painful realization in the short term because I did lose some people from my life. Yet, it was the best thing that ever happened to me. Because I had more time for people who did respect my boundaries, I also had more time and energy to pursue things that fulfilled me rather than things that drained me.

It was a huge lesson. People all mostly act alike when you say yes to them. It's when you start saying no to people that you really see who they are. Because most people can tolerate a reasonably stated no.

If they can't, that's not a person you should trust.

It doesn't matter if they're a top with a flogger, your best friend from college, or your mother-in-law.

8. You Learn to Recognize the Real Deal from the Fakers

I've met some of the most brilliant, adventurous, and just plain old fun people I've ever known in my local kink scene.

That said, I've also met some braggadocios who puff themselves up and lie about having kink experience and competence that they don't have, essentially padding their kinky resumes with things they haven't actually done. Maybe they saw it done once at another club and they tell you that they did it. Or maybe they say they have an extensive military background where they learned all sorts of rope and knife tricks - and you find out, no, wait, actually, they dropped out of basic training and watched a bunch of action movies.

I learned a lot by meeting people and observing them. I've even learned by personal experience. Over time, I developed a natural instinct where I could more easily spot a hype man much sooner and from a further distance away.

And this isn't just useful in the kink seen. This lesson is also especially helpful in business meetings. Or when a friend is dating someone they're gaa-gaa over who just sits with me the wrong way.

9. Watch Out for People Who Want Power & No Responsibility

I'm extra sensitive when it comes to spotting people who want to make decisions but don't want to have any responsibility for the outcome of those decisions. I learned this difference on the kink scene, but just like the rest of these, I've found that I'm also better able to spot this difference in other settings too.

For example, it helps me figure out the difference between a good boss and a bad boss.

10. Reputation Can Help Keep You Safe.

The kink scene has its downsides just like any other community, but it definitely has some built-in safeguards that (although not foolproof) absolutely help make things a little better and, often, safer.

One of these is the power of reputation. I typically don't play with brand new people. Instead, I tend to observe them for a while and talk to other people who have known them longer.

If I discover one "enemy," it isn't enough for me to consider someone a persona non grata (everyone has a bitter ex or two, myself included). However, I do pay special attention to patterns. If I hear negative things from enough people, especially people whose opinions I've come to respect and tend to be credible, that's enough to give me serious pause.

It's actually changed the way that I date. I like to know people for a while and get a sense of who their friends are before I get seriously involved. It means that I'm typically friends for a while first. This isn't something that everyone is open to (a slow transition into a relationship), and that's fine. However, it's really been the best way I've found of assessing if someone's life is going to match well with my own and vice versa.

How to Find Your Local Kink Scene

I was personally introduced to my local kink scene via friends of friends. If you don't know anyone on the kink scene, there are plenty of ways to finds yours. A lot of groups that run in-person events have listings on Meetup.com or a presence on Fetlife, a social media network for kinksters. 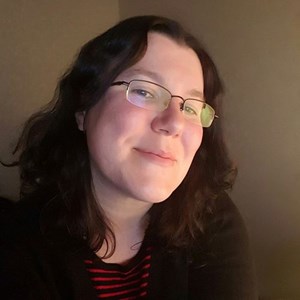