by KRISTEN LILLA
Published: FEBRUARY 12, 2018 | Updated: JULY 27, 2020 10:30:56
Normalizing conversation and education about our anatomy will help us have better, healthier relationships with our bodies.

What’s a vulva? Where is the clitoris? Can you pee while wearing a tampon? With sexuality being such a taboo conversation, it’s no surprise that many people cannot answer these basic questions. Surveys indicate that most people cannot even identify major parts of female reproductive anatomy, such as the vagina and labia. A survey conducted by Summer’s Eve found that 70% of women cannot identify major parts of theirown anatomy while a study in the U.K. found that one in four women do not understand how the menstrual cycle works.

The lack of discussion leaves vagina owners confused, disconnected from their bodies, and feeling like there is something wrong with them. Many adult women don’t realize that vaginal discharge throughout the month is normal and are still trying to live a life with a scent-free vagina. Unfortunately, covering up or undermining the body's natural defenses make it difficult to detect when something is wrong, such as a yeast infection or an STI. Furthermore, many people don’t realize that the vagina is a muscle, one that expands up to 200% when sexually aroused and is 4-6 inches long (the same length as the average penis, go figure).The infamous clitoris is the ONLY body part that has no other purpose than pleasure. With so many facts about female anatomy, why are so many women in the dark?

The problem with not knowing about female anatomy is that it affects self-esteem, self-worth, and romantic relationships. Women who are unfamiliar with their own anatomy associate feelings of disgust with their vaginas and see their genitalia as something that doesn’t belong to them. In turn, this inhibits sexual pleasure because they don’t know what they like sexually, or feel they don’t deserve it. As a sex therapist, I've met dozens of women who don’t feel comfortable receiving oral sex because of their natural odor. Other women are sure there is something wrong with them because they cannot orgasm from penetrative sex (when in reality only about 5% of women do). They feel embarrassment and shame having these conversations, but also seem to be aware there is more to sex than his pleasure. 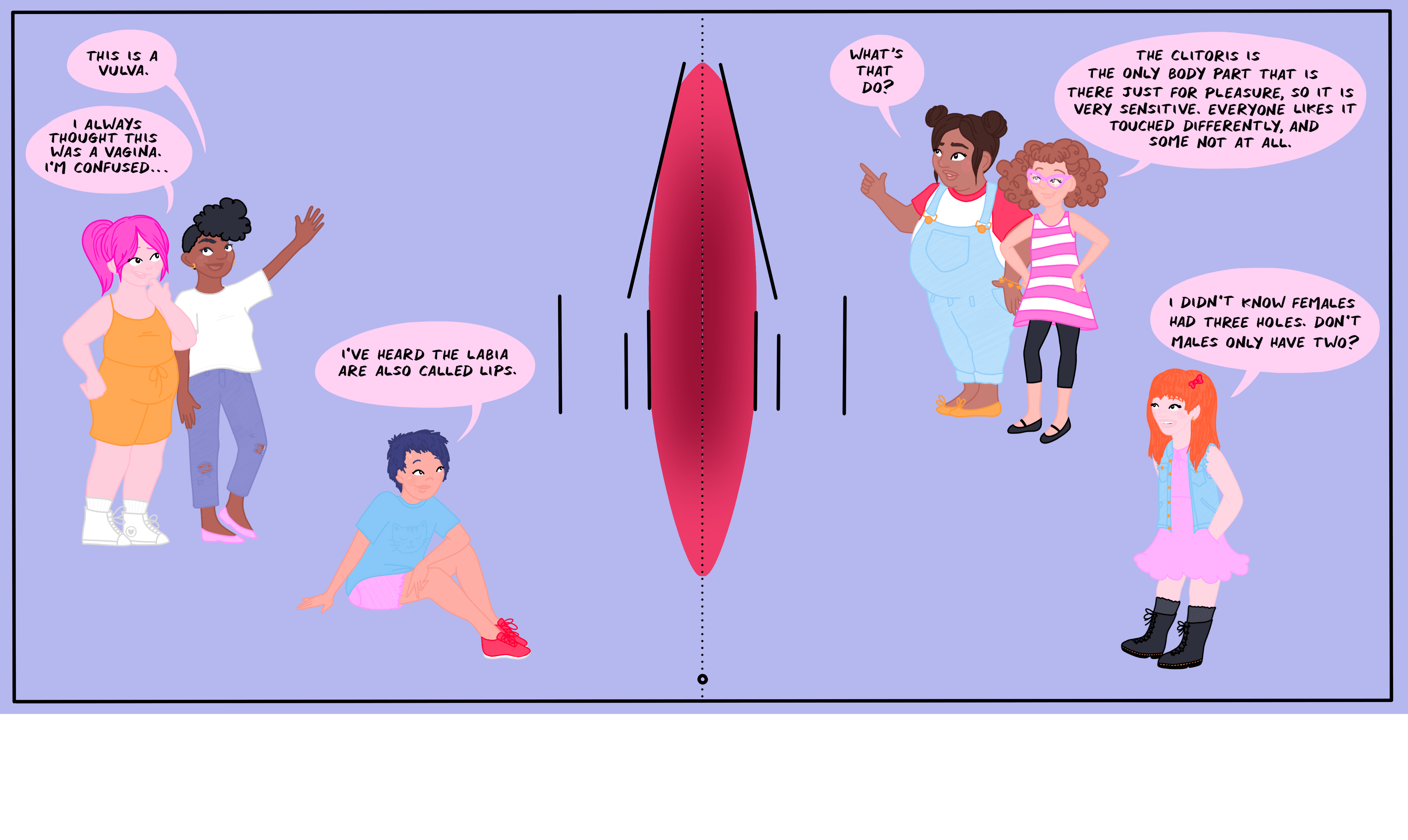 A page from "Vaginas and Periods 101"

It also does a disservice to victims of sexual assault. If one cannot name their own anatomy correctly, how can they file a report? A second grader recently told me that she refers to her “private parts” as her “pocketbook”. Can you imagine filing that report? “Well, he touched my pocketbook”. Case dropped. The earlier we start learning the anatomically correct body parts, for all genders, the more comfortable we are talking about them. This leads to improved communication as adults, both in and out of the bedroom. You’re more likely to have an orgasm if you tell your partner to touch your clitoris lightly, than if you say, “Will you grab my pocketbook?”

Cliteracy Quiz: How Well Do You Know the Clit?

When it comes to being in the dark about our bodies, the mentstrual cycle is no exception. Approximately 73 million women use tampons, yet most tampon users don’t know what’s in their product, or that the tampon expands inside the vaginal canal (which makes sense since it has to fit and expand inside the vaginal walls to collect menstrual blood with no leakage). Most people are always unaware that tampons and pads aren’t FDA regulated to disclose ingredients because they are considered “medical devices,” so many products contain harmful ingredients like chlorine, bleach and even asbestos. Even more women have no idea they have a variety of other options including cloth pads, menstrual cups (made with FDA approved medical-grade silicone), and sea sponges.

In an effort to normalize female anatomy, we must normalize the conversation. In order to help start the conversation, I've teamed up with Christian Hoeger to produce a book called "Vaginas and Periods 101: A Pop-Up Book." The pop-up explains that the vulva is external anatomy, the vagina is an internal canal, and that the urethra is a small internal tube for urination (your pee). An ovulation wheel discusses exactly how the menstrual cycle works and discusses the four phases of menstruation- follicular, luteal, ovulation, and the period. It also offers alternative options to tampons and pads, another area of misinformation for many people who rely on these products.

So, what’s a vulva? Where is the clitoris? Can you pee while wearing a tampon? A vulva refers to external anatomy, the clitoris is part of the vulva, and you can absolutely pee while wearing a tampon (there are two different holes!) If you know this, count yourself lucky - many people don't. Also consider supporting the production of our pop-up book on Indiegogo so we can teach more people about their bodies, how they work and how to be comfortable in them.

Femtech
The History of FemTech: Where It Started and Where We Are Now
by RYN PFEUFFER

Femtech
The History of FemTech: Where It Started and Where We Are Now
by RYN PFEUFFER 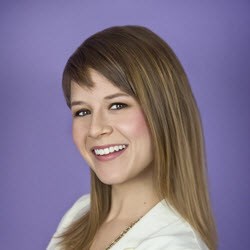 Kristen Lilla, LCSW is the co-creator of Vaginas and Periods 101: A Pop-Up Book. She is also the only AASECT Certified Sex Therapist and AASECT Certified Sexuality Educator in the state of Nebraska. She has been quoted in various articles, including GlamourUK, AARP, and Refinery29, for her expertise in sexuality.