What It Means to Be Demisexual

While many people have positive feelings towards their partners and lovers, which serve as a major plus for arousal, there are others whose erotic-response-cycle responds primarily to those they feel a deep emotional connection to. This is called demisexuality.

Like many sexual orientations, demisexuality isn’t always as that simple. Many who identify as demisexuals have a wide range of people and situations they may, or may not sexually respond to, as well as an equally broad spectrum of how great or little they respond when an attraction is present.

In a nutshell, demisexuality is basically about needing to an emotional connection with someone before becoming turned on to them.

Here's is a look at demisexuality, some of the forms it can take, how to maybe recognize this orientation in yourself, and, for those of us who consider ourselves wired this way, some positive coping mechanisms when you feel the world just doesn’t get you.

The World of Types, Styles, and More

Demisexuality is often considered a kind of sideways part of asexuality, due to the fact that demisexuals don’t usual get sexually excited by anything, or anyone, except those they have a good connection with.

There really isn’t a concrete definition of what a demisexual is or isn’t, beyond needing that positive connection to someone.

For example, there are people who have adopted the term semisexuality for themselves, while others still have begun to use gray-asexuals. Both of these identifiers recognize the idea that, for this person, sex isn’t a simple on-and-off mechanism, thus semi or gray.

By the way, someone’s even created a flag for demisexuality (pictured below) and, with it’s white, black, gray, and purple it’s actually quite striking. 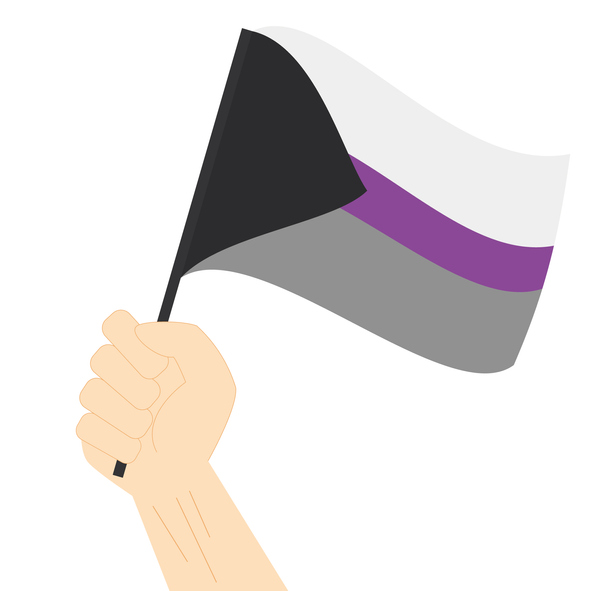 Read: Why Even Straight People Should Explore Their Sexuality

Am I a Demisexual?

Due to the fluidity of sexual orientations, looking at who and when you get turned on for signs that you might be demisexual can be a tad tricky.

This is not because it is difficult to recognize sexual arousal due to caring for someone, but rather the opposite: most people, at one time or another, find themselves getting turned on by someone they’re fond of. A lot of it due to comfort, finding themselves safe and so relaxed in their presence, which can lead our minds to wonder about sex with that person.

Because of this, it might instead be more helpful to look at what your preferred sexual encounters look like or even taking a look back at your sexual history for when, and with who, your best sexual experiences were.

Sexual Health
Asexuality Is a Mystery. Why?
by IAN NAFZIGER

Perspectives
Asexuality: On the Other End of the Spectrum
by IAN NAFZIGER

As much as the internet may claim that there are quizzes to help you identify if you are demisexual, keep in mind that we’re still talking about a spectrum.

When all is said and done it is up to you if you do decide to identify as a demisexual.

Read: Good Sex Beyond the Binary: Having Sex with a Nonbinary Person, Even When That Person Is You

The Care and Feeding of Demisexuals

Here’s the thing: being a demisexual can be rough at times. Needing to have an emotional connection in order to get aroused or to have satisfying sexual encounters can sometimes put demisexuals on the outside of the mainstream. Which, when you come to think of it, is also true of many other sexual orientations.

As with any sexual orientation, there are also great ways to process being demisexual. No matter your sexuality, it’s important to love and accept yourself for who you are. Trying to change from being demisexual is equal parts pointless and cruel to who you are.

Rather, try to positively recognize and even celebrate your demisexuality. Sure, it might be challenging at times, what with our often hyper-sexualized culture that far too often focuses on the number of sexual activities and partners, but you are who you are and that, in every way, is special.

After all, by wearing that oh-so-stylish demisexual flag you’re doing what many can’t do: proudly owning your sexuality. And, in doing so, also giving yourself the freedom to explore it free or guilt or shame.

Speaking as a demisexual myself, I see my orientation as a powerful statement of self-love; directly expressing my need to have an intimate connection with someone to have satisfying partner sex isn’t a weakness, but a strength.

I love that when the good times do get rolling with a special person I don’t just have great sex, but my mind and soul get mushy about it and have a good time as well.

Read: Words From a Bisexual on LGBTQ Pride Month

A Celebration of Togetherness

You can say that demisexuality is about needing to make a positive connection with another person. Emotionally to begin and then, through it, to a sexual one, if the person so desires.

If you are, or just think you might be, demisexual try to bring your need for love to someone who always deserves it--and, yes, I’m talking about yourself.

Sexual Health
Asexuality Is a Mystery. Why?
by IAN NAFZIGER

Perspectives
Asexuality: On the Other End of the Spectrum
by IAN NAFZIGER