by STELLA HARRIS
Published: SEPTEMBER 12, 2019
Presented by SOFIA GRAY
What came first, the interest in the underwear or the access to the underwear? Here's a look at why panty fetishes are so common.

Knickers, pretties, tap pants, drawers, unmentionables … these are just a few of the most charming terms the Merriam-Webster dictionary offers up for “underwear.” Perhaps the number of terms we have available is one indication of our cultural obsession with underthings, especially underwear typically considered feminine. Although statistics around fetishes are few and far between, one study out of Italy found that 12% of people surveyed had a sexual preference for underwear.

Of course, another obsession of our culture is drawing lines between "acceptable" kinks and those that have crossed a line. While enjoying a beautiful person wearing pretty panties is widely accepted, even expected, what happens if your interest in the underwear goes beyond seeing them on another person?

What Is a Panty Fetish?

When I was a teenager, long before I was in the sex education world, I remember hearing that people sold their used panties and being both surprised and intrigued. Along with foot fetishes, used panty fetishes are probably among the most well known, and the most likely to be the punchline of a mainstream joke.

We’ve probably all heard “panty sniffer," probably because something about this fetish captures the imagination. Perhaps it’s the intimate nature of our undergarments, or because so many people can relate to being turned on by the scent of their lover.

It’s also a fetish that has often been the subject of “explainer” pieces or television exposés. One of the most popular oddities is Japan’s famous used panty vending machine. Yes, used panties could be purchased in vending machines in Japan. But, as fascinating as this is, the prevalence of these machines is overstated. While used panties were sometimes available in the past, that practice has mostly been shut down. In fact, the whole thing might be a bit of a mis-translation (although panty fetishes are very real!)

A Tech in Asia article by J.T. Quigly explains that there’s a bit of an intentional mistranslation at play, “The addition of two kanji characters makes it instantly apparent to a native speaker that the panties are not, in fact, used. Kakou, in this case, means that the panties were manufactured to appear used … like jeans that are sold with holes and frayed edges straight from the factory.”

In the psychology world, what we call fetishes are known as paraphilias. One scientific journal lists 549 types of paraphilia. And, although they’ve been studied for over a hundred years, we’re nowhere near a consensus on what causes a paraphilia to form. What is most certainly true is that they solidly pre-date easy access to pornography, or the ability to find and talk to people with similar interests. In other words, fetishes - including a fetish for used panties - are just a unique part of who people are as sexual beings.

In Jesse Bering’s book "Perv," he discusses paraphilias at length, and makes an important distinction about new versus used fetish objects:

Bering makes another important point here. Not only are the most highly prized fetish objects already used, but their value is increased depending on who used them.

I had a college friend who gave up on buying nice underwear because she said her dates always ended up stealing them. She stopped investing in nice panties so she wouldn’t mind when they were gone.

For buyers, this means safe shopping and selection. Sofia Gray, one of the largest such marketplaces, signs up new sellers each month!

But what if you don’t have a partner or hookup to swipe panties from? Well, that’s an area where the internet helps provide a solution, with websites designed to connect buyers and sellers. As such, people with niche interests can find community and alleviate some of the isolation caused by having desires outside of the mainstream.

Not only are panties (and other fetish objects) available, but in many instances you can learn about the people they’re coming from, or even make special requests.

So why are used panties such a turn on? Lehmiller explains one theory about how fetishes are formed, “Most fetishes seem to be learned, in the sense that the people who have them can often tie their interests back to a very specific sexual experience in which their fetish object happened to be present when they had a very intense orgasm. This is something psychologists call one-trial learning, which refers to the idea that sometimes we learn associations between a stimulus and response on the very first try.”

Based on that theory, perhaps it’s no surprise that panties are such a common fetish object. Many people gain access to used underwear long before they have sexual partners. Websites like Quora and Reddit are full of stories recalling early explorations digging through the laundry hampers in the hope of finding underwear.

This might remain one of those classic questions we can’t definitively answer. The good news is that as kink creeps further and further into the mainstream, it’s getting easier for people to tell partners (or strangers on the internet) what they’re into, and to get their fantasies and desires met.

Sex Industry
Why I Lived & Loved Sex Work - and Why I'm Now Ready to Quit
by COLLEEN GODIN
Have Better Sex! 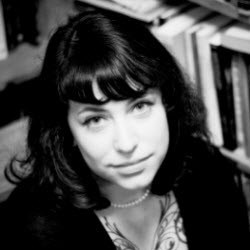