Sexual Colonization? What Is That?

by DMARCELLA LYLES
Published: JANUARY 3, 2019
In order to examine and unpack the impacts of sexual colonization, we need to fully understand what it is and how it works.

It’s a word we hear a lot these days. Some hear it and think about invasion, destruction and cultural violence. Others hear it and think of new worlds, societies and advancement. Overall, we think about it as a historical event, something that happened a long time ago. We don’t talk about colonization that much because it is often attached to pain for the descendants of those who have been colonized and guilt for those who are descendants of colonizers. Although the topic is being heard more often, for many people the topic of colonization is best left alone.

As a sexuality educator, when I hear the word colonization I don’t think of it in a past context of lands, resources or even cultures. For me, colonization is deeply tied to the areas of sex, sexuality, pleasure and the erasure of our sexual selves. It is something that is actively happening. More than that, it’s perhaps one of the most dangerous, insidious and unchecked aspects of colonization I have come across.

What is colonization in the context of sexuality?

Colonization of the sexual self is the process by which gender roles, culture rules, religion and societal expectation silently govern and oppress our sexual expression and experiences. This specific type of colonization has overtaken the very domain of our sexual orientation, gender variance, relationship expression and the identification of our sexuality overall. It shapes how we think about and interact with every aspect of these experiences.

Even as babies, the messages about our sexual selves are made clear through colors, language and expectations that society gives to us without our knowledge and thus without our consent. These ideas literally determine and decide who we will be and how we will exist before we even have a full awareness of what it means to exist. It is a type of colonization so deeply ingrained in our society that as people read this, some will surely think I am making a big deal out of nothing. After all, these things are what help us all know our place. They help us to know what’s expected and what’s rejected. As long as everyone has the same rules then it seems like we are all working from the same level of equality and thus the idea that there’s an aspect of colonization which promotes any type of superiority might seem odd.

Again, on the surface, this seems like much to do about nothing. That is, until you consider the lengths that society goes to in order to ensure that the freedom of sexual identity and expression is limited to those who are: male, heterosexual, married, cisgender, monogamous and who believe that sex is a divine obligation solely designed for the procreation of children and not the simple desire of ourselves as beings designed for pleasure.

If we only think of colonization as physical destruction and not the unseen, unjust and unfair acquisition of nonphysical domains, it can be difficult to believe that the colonization of our sexual selves has been happening since before we were born. After all, do babies really have a “sexual identity”? If we answer the question with “Yes, they do” we run the risk of being seen as a pedophile. Societal rules have taught us to dismiss babies as beings with a sexual self. Those rules are the foundation of sexual colonization.

Sexuality as a Type of Culture

Colonization is fueled by imposing a default standard on to EVERYONE even if these standards are not natural for them as a culture or expression. Sexuality in and of itself is a type of culture. It has all the parts that "cultures" have: ritual, music, clothing, language, and so on. Consider that even the ways we are taught to talk about sex (or rather taught not to talk about it) are a part of our colonization. Oppression is the inability to make a choice and it is often caused by the systemic ignorance of available choices.

The colonization of our sexual selves involves presenting sex and sexuality in a way that limits information. These limits shape our ability to choose understanding and acceptance of anything that falls outside of the ascribed default. The result is that most of us do not see the colonization of the sexual self as something tangible or concrete. Colonization of the sexual self happens on a less visible and yet more impactful systemic level. This is a key factor in sexual oppression, one that supported by a lack of sexuality education. In short, our ignorance keeps us enslaved and then we voluntarily visit this on others and ourselves.

Examples of such impacts are easily seen in our society’s interactions with the LGBTQ community. The culture of sexuality has different subcultures. One of these cultures is expressed through sexual orientation. There are many variations of sexual orientation that occur naturally in people. However, due to colonization of the sexual self, societies often only give validity and acceptance to heterosexuality.

Heterosexuality has become the default standard by which all other orientations are expected to govern themselves. This leaves all other orientations subject to oppression and colonization by the standards of heterosexual culture. For example, if it is accepted that there is a heterosexual default in society then there’s no need to talk about sex or sexuality because it is assumed that we are all the same. Sex and sexuality then become something of a private and unnecessary topic for discussion. In fact, we are often not taught about sex at all. However, due to the very oppression that happens in silence, those who are not heterosexual often have the experience that talking about and being open about their sexuality is what helps them to be visible.

Their visibility challenges the default rules that we have learned. In response, they may be met with violence and punishment not only as a function of their difference, but also because that violence maintains the teaching of their colonization. These teachings of the default that promote the colonization of the sexual self are passed down through generations, in the same ways that colonized lands are given from generation to generation along with the rules that go along with them. In the case of sexuality, we are handed down these rules as a way of avoiding violence. It’s not the same type of physical violence that happens with the colonization of land and people.

The Violence Associated With Sexual Colonization

The violence associated with the colonization of the sexual self is harder to detect because we have been taught to justify the outcomes based on what we have been told are our sexual choices. This happens without the societal realization that even the discussion of our sexual self as a “choice” is part of the colonization. For many people, being monogamous or cisgender isn’t a choice that they consciously make. Yet we have been taught that anyone who experiences life differently than the default is making a choice, perhaps even one that deserves punishment. The violence can show up in a variety of ways, ranging from being rejected by those who love them, to the threat of sexual harm and in some cases, murder or suicide.

Some people are told stories of who they are sexually, and how it will automatically lead to sexual illness and disease, even if they follow safe sex practices. It is not the sexual activity that is unsafe. They are told it is their sexual expression or identity that will lead to the illness. Doing this moves the threat of illness away from the sexual act and attaches it to the person as part of their sexual self. It shifts the idea of sexual risk away from “what you do as a person having sex” might be risky and makes “who you are as a sexual person” associated with risk. Others are faced with the violence of isolation and abandonment, forcing them to make a choice between being themselves or being accepted by others.

The violence that fuels the colonization of our sexual selves wages war on our self-esteem, personal value and ability to love ourselves as well as others. While the colonization of territories happens from the outside in, sexual colonization often happens from the inside out. It is in this way that society takes away the right for us to freely explore ourselves as sexual beings long before we even fully understand that it is a right we have as beings. It then bestows upon us a sexual culture so rife with violence that many of us would rather suffer in silence as we quietly internalize our own destruction and thus, reject ourselves.

As if that wasn’t bad enough, those who have come from other cultures where sex, sexuality and our sexual selves were abundant and fully accessible prior to physical colonization know full well that part of our ancestral eradication happened by way of sexual torture. Often the assault was limited to women and children. However, in some cases men were also sexually assaulted. In the more egregious aspects of physical colonization, family members were forced to have sex with other family members. The impacts of that sexual and psychological warfare have been passed down from generation to generation.

Perspectives
Why Everyone Should Explore Their Sexuality
by ANABELLE BERNARD FOURNIER

Sexual Health
How to Get Better at Sex
by SHAUNA BLACKMON

Perspectives
Sexual Health: Why It May Not Mean What You Think It Does (and Why That's a Good Thing)
by DR. LAURA MCGUIRE | Sexuality Educator, Trauma Specialist, Inclusion Consultant
Advertisement
Have Better Sex!

Perspectives
Why Everyone Should Explore Their Sexuality
by ANABELLE BERNARD FOURNIER

Sexual Health
How to Get Better at Sex
by SHAUNA BLACKMON

Perspectives
Sexual Health: Why It May Not Mean What You Think It Does (and Why That's a Good Thing)
by DR. LAURA MCGUIRE | Sexuality Educator, Trauma Specialist, Inclusion Consultant 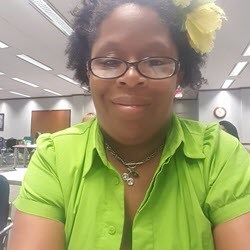 DMarcella Lyles
D. Marcella Lyles, MEd, is a sexuality educator, instructional designer, relationship coach and professional cuddler with a lifetime of education and experience. Her work includes helping adults engage in powerful conversations that support their understanding of sex, sexuality and the sexual self.
Full Bio
In The Kinkly Shop
Visit The Kinkly Shop