Sex and Cannabis: An Interview With Ashley Manta

by MARCUS DOWLING
Published: NOVEMBER 5, 2019 | Updated: JULY 22, 2020 04:18:53
Manta, a sex educator with a background in trauma prevention, decided to fill an industry void and become an advocating voice for the safe, sustainable use of cannabis as a trauma-reduction aid and sexual pleasure enhancer.

“The sex industry is one of the most forward-thinking industries in the world. Therefore, it’s no surprise that sex is one of the first sectors to really get aboard the cannabis train. Sex as an industry has been all about innovation from the beginning. From cannabis to psychedelics, this is only the beginning.” 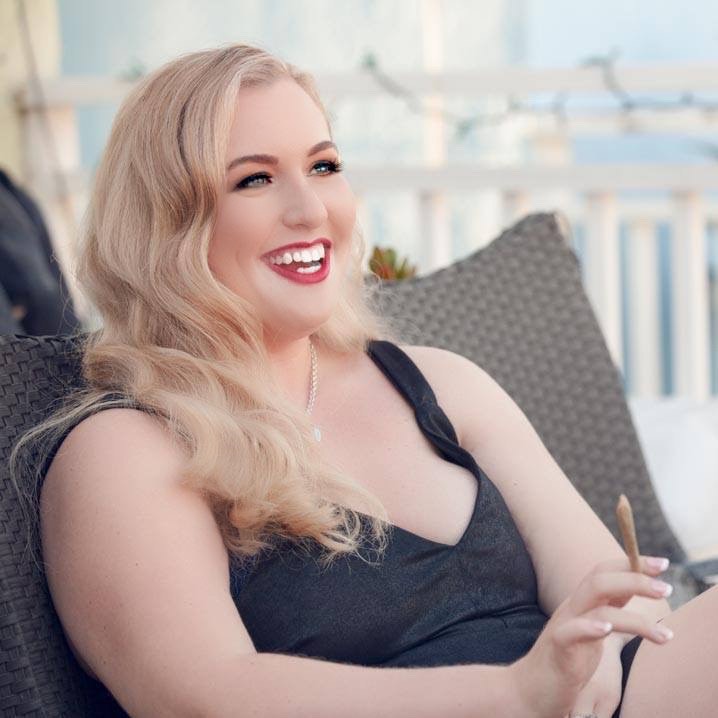 This is the salient opinion of Ashley Manta, aka the “Cannasexual,” as she excitedly prepares for an afternoon as the guest of honor at the Sybian booth at the 2019 Sex Expo in Brooklyn, New York at the Brooklyn Expo Center. For Manta, born in “small, rural, central, and conservative” Etters, Pennsylvania (population <1000 citizens), sitting in a press room in an area one million times larger, population-wise, than her hometown -- as the leading advocate for the world’s hottest alt-to-mainstream industry -- is unquestionably fascinating, and parallels well to cannabis as an industry that, impressively enough when it comes to sex, answers as many questions as it causes to arise.

America’s legal cannabis industry is well aimed to eclipse $50 billion in revenue in 2020. Furthermore, legalization is rumored to grow 250% to near 80% of America’s 50 states by the 2022 midterm Congressional election cycle. Commerce goals this lucrative and widespread would correctly lead one to believe that cannabis and cannabis-related products and marketing could be extremely significant impacting factors on well-established fields. Yes, food and drink are obvious. What about sex?

As an industry, sex is already at or near a level of business similar to cannabis. Thus, the combination of the two could lead two of America’s more “taboo” industries in a position of being sustainable enough to have mainstream marketplace impact.

“As cannabis has mainstreamed, the question of can it be used to enhance sex has come to the forefront. Of course, people have been combining sex and cannabis for centuries, but as far as the conversation being so mainstreamed, that’s new.”

Continuing, Manta notes, “Cannabis merging with sex has allowed for cannabis’ pop cultural influence to proliferate. When taboo industries shrouded in secrecy, shame, and vice -- but are still quite normal by human standards -- are normalized, you can enjoy them in an open and enriching way.”

Manta’s a sexual assault survivor with roots as a rape crisis counselor and victim advocate. Eventually a burnout victim due to the tenuous emotional labor of that work, it was in attempting to assess and ameliorate her own sex-related pain that inspired her next, and now current, professional moves.

“I was not having amazing sex. I was insecure with my body, and having pain with penetration. So, when I moved to California in 2013, it was in first discovering legal cannabis, and then Foria’s line of THC-infused genital oils, that I was able to solve my pain issues and once again have comfortable penetrative sex.”

From there, Manta, already a sex educator with a background in trauma prevention, decided to fill an industry void and become an advocating voice for the safe, sustainable use of cannabis as a trauma-reduction aid and sexual pleasure enhancer.

Read: Are Cannabis Products The Key to Embodied Sexuality?

Over the past five years, Manta emerged as a leading voice in the growth of the depth and scope of positive conversations regarding how cannabis and its byproducts should be at the forefront of any conversation regarding pleasure enhancement in modern sexuality. As a journalist, public speaker, and educator, she has already established herself. When asked how else Manta intends to sustain her impact as an advocate, she outlined an ambitious future.

“I’m coming out with a book next year entitled Sex and CBD, which will have national distribution. As well, I was just certified by Betty Dodson as a bodysex facilitator. Plus, I am creating an online course. I worked on the syllabus with a few leading experts in sex and cannabis: Harvard-educated medical doctor Dr. Jordan Tischler, Velvet Swing proprietress and sex/cannabis educator Chelsea Cebara, and outspoken advocate Reba the Diva. We have also partnered on a sex and cannabis educator association, and are partnering on another book I am working on, an ‘ultimate’ guide to sex and cannabis. Also, I’d love to work on a certification program for sex educators and therapists who want to incorporate sex and cannabis into their offerings. I love training the trainers and teaching the teachers.”

How Should People Learn about Sex and Cannabis?

When questioned concerning the what, how, and why of educating the masses regarding healthy and positive cannabis use in sexual activity, her answer was as conscientious as it was thorough.

“I always encourage people to start on their own, first. First, identify what’s getting in the way of you having the sex you want to be having. Of course, there’s no ‘right way’ to have sex. But, you can ask the question, ‘What’s getting between me and my ideal sexual being?’ Is it anxiety? Body shame? A stale sexual connection with someone or something? Pain? You can choose a cannabis product to use to assist you in working through that issue.

To field test, first open up a conversation about consent. That usually includes, 'This is what I would like to use, and this is how it is going to hit us and enrich our experience. Does this or does this not work for you?' Then, take a bit of whatever cannabis product you’re using and engage in whatever activity you’re wanting to feel more comfortable in doing.”

Manta continues, “The greatest misconception is that you have to be stoned to feel the impact. The desire here is for comfort. Comfort does not necessarily have to equal being high. People are afraid to get high because people equate being high with being out of control.”

“Someone told me recently that 'Science is the art of becoming less wrong over time.' We’re so early in all of this. THC is a vasodilator (it brings more blood flow to the skin’s surface). So we’re creating more opportunities for physiological arousal. Plus, it decreases inhibitions and increases positive ideation about physical appearance.

"However, there is no hard science to describe someone feeling less empowered about their body, smoking, and then feeling more empowered. It is anecdotal.

Excited regarding that future, Manta pauses and is amazed by the all she accomplished and what she intends to do. “I’ve smoked with rock stars and met my idols. I’m going to have a life-long career in the sex industry. That’s so fucking cool.”

What does she hope her sex industry legacy will be?

“I want to promote empowerment. I love my body, I love the sex I’m having, and cannabis helped me get here. I ask this question [to others] now: 'How can I help you get here, how can I shorten your learning curve?'"

Read: How to Get Weed Lube Where Weed Is Illegal