Takeaway: Kegel exercises are so simple ... why would you need a device? Because it'll make sure you actually do them.

I might be approaching 40, but that didn't stop me from having a bounce on a trampoline at a recent birthday party I attended. The party was for a two-year-old, but I still like to have fun. While I was catching my breath, a random middle-aged woman I'd just been introduced to told me she hadn't jumped on a trampoline since she'd peed her pants doing it.

"That's just what happens when you have kids, I guess," she told me.

What also popped into my head to say, though, was "you should buy a Kegel exerciser."

Unfortunately, that just isn't the sort of thing you say to random people at trampoline parks, at least not at gatherings among my family.

And that isn't a good thing. Beyond preventing urinary incontinence which, let's face it, most people would count among their priorities, the pelvic floor is actually a part of your core body muscles. If they aren't strong and well aligned, you might experience back pain. Oh, and strong Kegels can contribute to bigger, stronger orgasms. So, basically, you get to not pee your pants, avoid back pain and have amazing sex. Clearly this is something I need to start taking more seriously.

So, when I got a chance to try INTIMINA's cute KegelSmart Kegel exerciser, I decided to go all in and use it for a full week. Now that the week is over, I'm kinda proud of my Kegel streak. And, guys, this little gadget is actually really simple and fun to use. Let me tell you a bit about it.

INTIMINA KegelSmart: What's in the box? 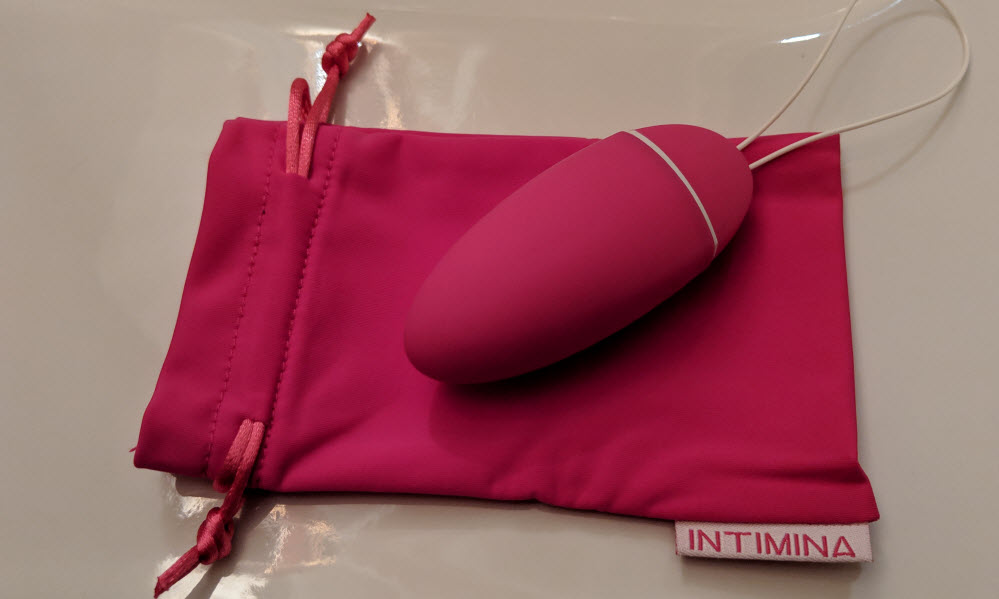 INTIMINA KegelSmart comes only with a simple nylon sack for storage.

Here's how it works: Just turn the KegelSmart on by pressing the button. A small light will flash letting you know it's on. The "excercise routine" begins in 30 seconds, giving you some time to insert the KegelSmart and get squeezing. The smooth rounded shape of the KegelSmart makes it as easy and comfortable to insert as a tampon. KegelSmart does not come with lube, but you should totally use lube. I did. Everything's better with lube. A silicone string attached to the device remains outside the body, making it easy to remove as well. 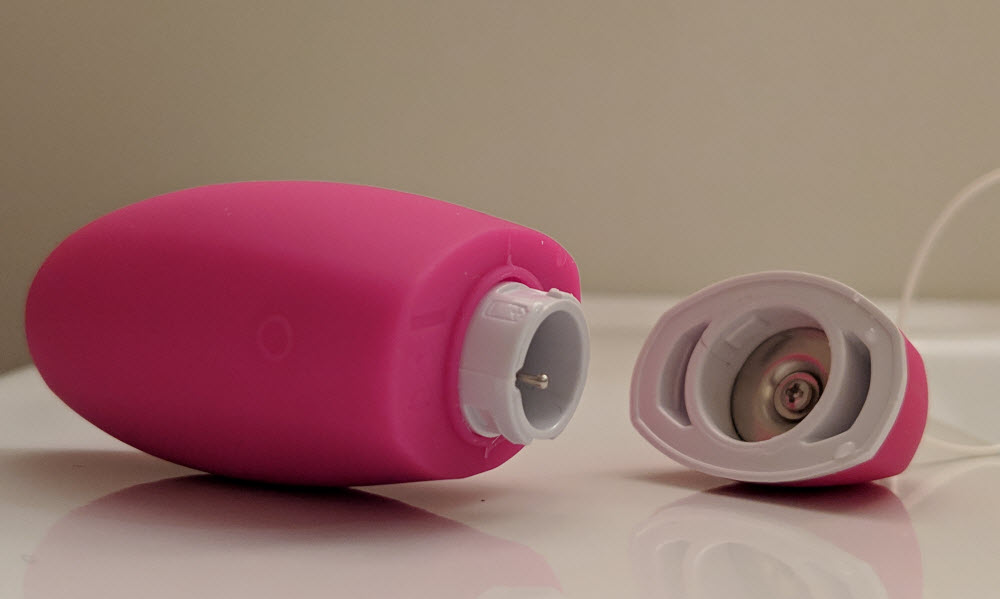 I'm not a person who likes fiddling around with gadgets, so I appreciate KegelSmart's simplicity. I don't have to set up an app or learn how to us this thing. I just pop it in and we're off to the races.

The KegelSmart is designed to do three things:

3. Store the information to set your next routine and allow you to progress

The KegelSmart includes five levels. The device fires up at the lowest level, and the exercise routine consists of about three minutes of bursts of vibrations. When the device vibrates, you contract for the duration of the vibration. When it stops vibrating, you release and rest. The beginning of my first routine consisted of a series of very short bursts which, according to the instruction manual, is the warmup. Then it begins with bursts of about three seconds in length, followed by a similar rest. As you progress in your routine, the bursts get longer.

Squeezing and relaxing in time with the vibrations is challenging (at least for me). It requires concentration. I'm kind of into it. And I realize that using the KegelSmart has a side benefit: it's kind of ... meditative. If your third eye is located in the middle of your forehead, maybe there's a sort of fourth eye between your legs. It sure feels like it. Whenever I'm Kegeling, whatever I'm thinking about or worrying about kind of melts away, and I find myself just living vibration to vibration. It's almost like ... meditation? Either way, it's way better than Kegeling in my car. 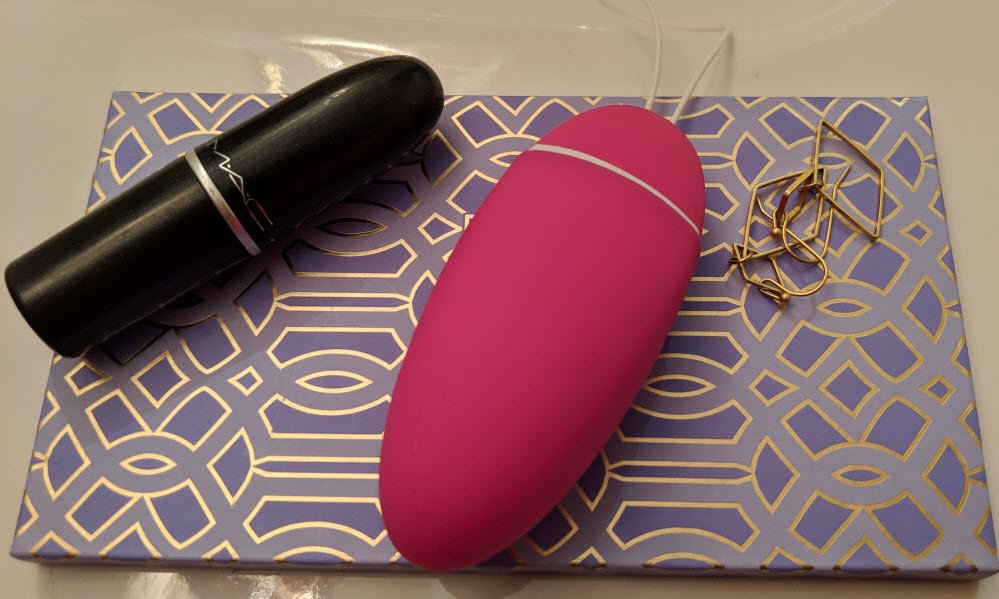 In thinking about this more (because Kegeling has, apparently, made me a deep thinker this week) Gwyneth Paltrow has gotten into hot water talking about the Yoni (i.e. vagina) and how holding things in there (namely a jade egg her company, GOOP, sold for $66) could put you more in touch with your feminine side and promote self-love. Or something. The jade egg, of course, is total BS (and possibly unsafe). But using the KegelSmart, I kind of wonder if the Yoni thing maybe isn't. Focusing on what was going on in my vag definitely did something for me. I felt ... good. Like I was taking care of myself in a way hadn't before. And actually, as someone who doesn't take a lot of time for self-care, it was kind of amazing what three focused minutes did for my mindset.

Are my Kegels stronger? According to KegelSmart, I'm only strong enough for level 2, so they actually aren't that strong at all. So, for the next few weeks I'll be squeezing my way through through the KegelSmarts program. I'm getting stronger Kegels and taking some time to take care of my lady business. If you're looking to do the same, I highly recommend it.

'Period Brain': Is It Really a Thing?
5 Foods for Better Taste Below the Waist
4 Ways Using a Menstrual Cup Makes You a Better Vagina Owner
5 New(ish) Things That Have Made Having a Vagina Way More Fun
Behold! A Comfy Menstrual Cup You Can Wear During Intercourse