Reclaiming Vanilla Sex: Why It's Hot

When the term "vanilla" is used to describe sex, what it often implies is that this sex is plain, boring, and normal - and that there's probably a whole bunch of other, more exciting options (tiger stripe? bubble gum?) we should all be trying. The problem is, that makes good old vanilla seem not just common, but inferior. It isn't. In fact, for vanilla lovers, vanilla sex can be as hot and heavy as any other flavor. The kink community might have created the term "vanilla," but maybe it's time for vanilla lovers to reclaim it - and give it another chance.

Read: Why You Shouldn't Push Kink on Vanilla Folks

Why Poor Vanilla Gets a Bad Rap

Let's face it: humans love to categorize things: straight or gay; right or wrong; vanilla or kinky. The name "vanilla" implies middle-of-the-road, but the reality is that that's impossible to define for any one person, especially when it comes to sex. If you love missionary does that mean your sex life is doomed to the doldrums? What about if you aren't into bondage? Or butt plugs? Just because you do not enjoy tying someone up, spanking them or what have you, does not mean that your sex life is somehow less fulfilling or worthwhile than anyone else’s. Whether you identify as vanilla or kinky, embrace it, respect it and, most importantly, enjoy it. The point of great sex isn't about what you don't enjoy, but what you do. Plus, if you dig a bit deeper into that vanilla metaphor, you might say that while vanilla is a common flavor, it's still one that's beautiful, complex and highly prized.

We often think of sex in terms of what sorts of positions and play it entails, but sex is about more than that. For many people, sex is about experiencing pleasure with others. That includes emotion, intimacy, passion and trust. It feels good to be intimate with others on a primal level, with or without props and toys. The point isn't that these things are missing from kinkier pleasures, it's that they're present in both. Vanilla casual sex can be really hot because it still involves sharing private pleasure with another person. (For more ways to improve sex - and intimacy - read 9 Simple Things to Do Right Now for Better Sex?)

Whether you'd call yourself kinky or conventional, what matters is embracing what turns you on. That means steering clear of judging others too. There are no guidelines for what it means to be kinky, or vanilla or anything in between. That means you might not be able to define where you fit in, at least not easily. The good news is, you don't have to. Our quirks and preferences are what makes us who we are, not to mention what make us human. That means that - kinky or not - they're all pretty equal.

While it may seem like vanilla sex is the default, the boring springboard from which all greater sexual gratification is launched, nothing could be further from the truth. So forget about labels and start enjoying the sex you want to - and do - have.

Oh, and while vanilla sex and kinky sex can both be fun and fulfilling on their own, they also overlap for a lot of people. That means that whether you think you're kinky or not, you can always throw something new into the mix if you think you and your partner will enjoy it. If not, keep getting down with your bad self, whatever that means for you. (Some would still argue that a little kink is part of a healthy and happy sex life. Find out what Em & Lo had to say about it in Why Get Kinky?) 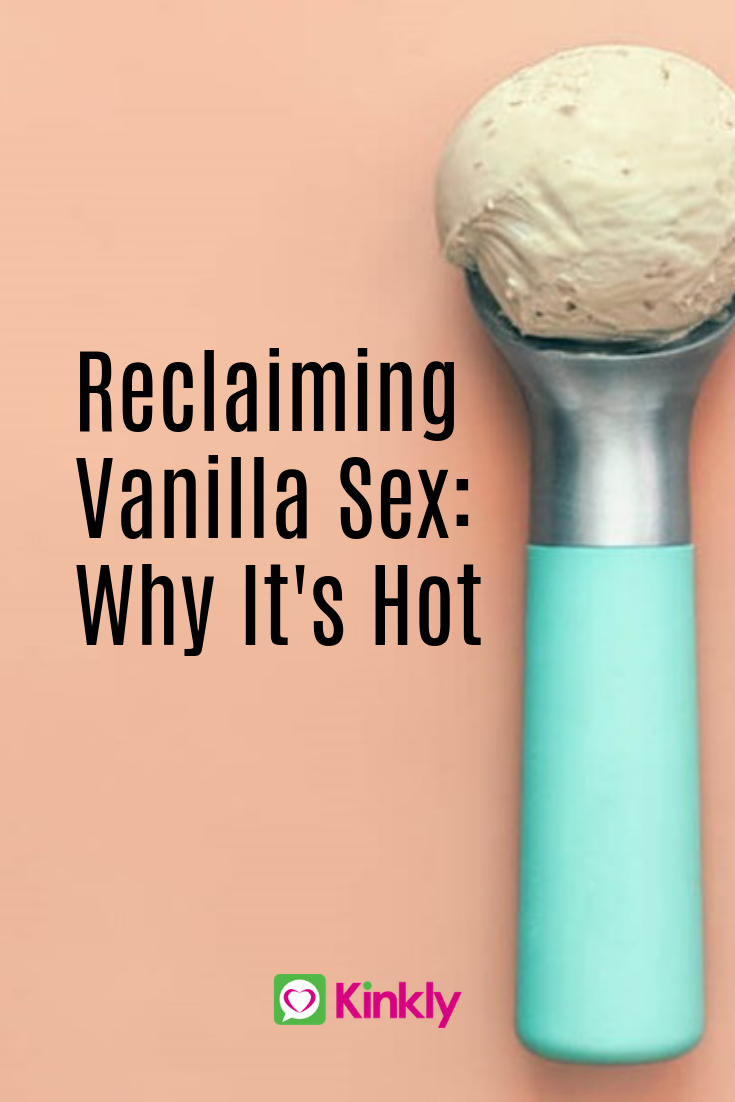 Sexual Health
When It Comes to Sex, There's No Such Thing as Normal
by STEPH AUTERI
Advertisement
Have Better Sex!

Sexual Health
When It Comes to Sex, There's No Such Thing as Normal
by STEPH AUTERI