S. Anderson had no idea that a break from sex could end up nourishing her wellbeing and relationship when she and her partner decided on one last year. During a very stressful time in her professional life, Anderson noticed that her interest in sex had dwindled to a standstill.

“When I searched around for information on sex and stress, I saw a lot of stuff about how common [lowered libido amid stress] was, but mostly with tips for still making it happen,” she said. “When a therapist asked me if I had considered not having sex for a while, or at least not the full-on [penetrative] kind, it sounded relieving.”

At first, the notion of discussing such a break with her partner brought more angst, she said, adding that “her interest in sex while I didn’t want it was already making me more stressed out” and she “definitely felt ashamed.” But when she brought it up, her partner was fully supportive. “He didn’t even flinch,” Anderson noted. “I was surprised that it was such a non-issue… He listened and I felt really seen.”

Sex breaks aren’t ideal for everyone, but they can provide therapeutic ease in a range of situations, when approached well. If the idea of prioritizing or engaging in sex—or particular types of sex—is causing you intense anxiety or frustration, it may be a good time to take sex off the table for a while.

Benefits of a Thoughtful Sex Break

A break from sex or certain types of physical intimacy can help you redefine sex and release expectations that “keep us stuck and make us feel pressured in our sex life,” said Jessa Zimmerman, MA, a Seattle-based sex therapist and author of of Sex Without Stress. “It's a chance to connect with your own desires… What do you actually want right now and how can you advocate for and enjoy that?”

Read: The Surprising Things That Happen When You Stop Going for the Orgasm

If you’ve been engaging in sex primarily to please another or others, a sex break can bring mighty emotional benefits. The hiatus can give you “good practice in saying 'no,' which is a crucial skill,” said Zimmerman. “Being able to take care of yourself sets you up to really say 'yes' to things [you desire].”

An intentional break from sex can also help you evaluate other life areas that need work, according to Shannon Chavez, PsyD, a sex therapist and psychologist in Los Angeles. “If you are not taking care of yourself, then it might be better to put sex on hold while you get things in order,” she added.

If the act of sex itself has been causing you problems, such as physical pain or emotional upheaval, stepping away for a time may prove helpful. “Sometimes sex can cause problems with your mental, physical, and emotional health,” said Chavez. “I always recommend addressing these concerns before you make sex a priority.”

Read: What to Do When You're Triggered During Sex

The act of sex can be healing, but if you’ve been getting frisky to avoid dealing with other important issues, consider hitting the pause button. “In [some] cases, people may use sex to cope with these problems, so it would be best to take a break from sex and learn other coping mechanisms,” said Chavez.

Eric M. relates to this scenario. He decided to stop engaging in “frequent hookups” after realizing he'd been attempting to “avoid feeling the grief I had from losing my mom.” What started out as a plan for a month away from sex turned into nearly a year. “By the time I got back into it,” he said, “I was a healthier partner…more respectful and present and I enjoyed it more.”

Read: Sex and Sadness: How to Cope With Depression In Your Love Life

As Anderson learned, stress is a common buzz kill. Sexual intimacy and orgasm can help relieve stress and some folks desire more sex while stressed. But it won’t help if the process or prioritizing of sex exacerbates matters. “My stress level reduced as soon as [our sex break] started,” said Anderson. “I could focus on other things without that emotional weight I was carrying.”

If You’re Considering Taking a Break From Sex, Consider These Steps:

Anderson and her partner decided on cuddling only until she felt ready for more. “When that happened, it was really awesome,” she said. “It was like a fresh start…kind of like making out for the first time again.”

You can either hit pause and see how things go or choose an estimated length of time for your sex break. Chavez suggests setting a time allotment as a starting point and evaluating the break periodically, such as weekly or monthly. “Don’t feel guilty about taking the time,” she said. “Take as much time as you need… Focus less on the amount of time and more on how you are using that time to take care of your needs.”

Ease Thoughtfully Back In

Lastly, stay mindful of old habits that led to your need for a break in the first place, applying Chavez’s advice: “Set some intentions around sex that can enhance self-care and connection in your life.” A thoughtful sex break prioritizes your needs, respects your partner(s) and relationships and benefits everyone involved. It isn’t about denying pleasure, but making way for far more of it.

How to Pleasure
Survival of the Sexiest: Play the Holiday Stress Away
by MISTRESS KAY

Sexual Health
Anxious About Sex? 3 Ways to Overcome That
by JEANA JORGENSEN
Advertisement
Have Better Sex!

How to Pleasure
Survival of the Sexiest: Play the Holiday Stress Away
by MISTRESS KAY

Sexual Health
Anxious About Sex? 3 Ways to Overcome That
by JEANA JORGENSEN 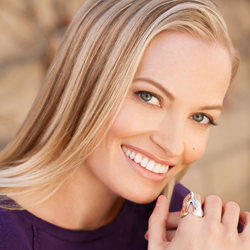