Is Cuckoldry Just for Straight Men? Researchers Look for Answers

Female cuckoo birds have a habit of laying their eggs in other birds’ nests. Mr. Cuckoo returns to his nest to find eggs he didn’t fertilize. Where has Mrs. Cuckoo been? For shame!

Cuckoldry traditionally referred to a married man with an adulterous wife. Like the cuckoo bird, most men didn’t find out about the affair until their wives bore a child by the paramour.

As sexual attitudes changed over the years, cuckoldry evolved into something else. Today, it’s more often known as a fetish or form of consensual non-monogamy. Modern cuckoldry involves a man who enjoys his wife being sexually involved with another man. A husband will often make arrangements for his wife to have sex with another man while he watches. In this scenario, the husband is the “cuck,” the wife is the “hotwife” or “cuckstress,” and the extra man is the “bull.” It’s important to note that everyone involved in these fetish dates has consented. It’s not adultery.

Cuckoldry isn’t always a husband or boyfriend watching his wife or girlfriend. A “cuckquean” is a woman who enjoys watching her husband have sex with another woman (the “cuckcake”).

The prevailing theory is that cuckoldry is a preemptive coping mechanism for a partner’s adulterous desires. In other words, it’s a way to eroticize a man’s fear of his wife having an affair. If he thinks it's hot, he won't experience jealousy. If that’s the case, gay men should have no interest in cuckoldry since the risk of adultery is minimal due to a lack of evolutionary motivation.

Are Only Straight Men and Women Into Cuckholding? Researchers Look for Answers

Does that mean only straight men and women are interested in cuckoldry? One team of researchers were determined to find out. Justin Lehmiller, Ph.D., David Ley, Ph.D., and sex columnist Dan Savage set out to better understand gay men’s interest in cuckoldry.

The study included 580 gay men who self-identified as having cuckolding fantasies. They answered questions about the frequency of fantasies, how long they’ve had them, whether they’ve acted on them, and how the fantasies have affected their relationships. They also rated the importance of various elements within cuckolding fantasies.

Additionally, 77% of the gay men who fantasized about cuckoldry shared their fantasies with a partner. Of the men who did this, 80% of them had an agreeable partner. Let that be noted by any men out there who have been too timid to speak up. The study’s primary researcher, Justin Lehmiller, notes that, “If you're thinking about acting on a cuckolding fantasy, it's worth stepping back first and making sure your relationship is in a good place and that you have strong sexual communication skills.”

Many Participants State Cuckolding Made Their Relationship Better

One significant finding is that 74% of the gay men who acted on their fantasies said it improved their relationship. Dr. Lehmiller stated, “There's a common tendency to assume that if you or your partner are sleeping with someone else that your relationship will necessarily suffer, but that isn't what we found. What we see is a consistent pattern: most people report that mutually-agreed upon outside sexual engagements tend to enhance their primary relationship.”

He did note that men with specific issues might have a negative experience if they act on their fantasies. Some of those issues include relationship anxiety, abandonment, poor communication and careless planning.

If the theory of eroticizing men’s fear of adultery doesn’t apply here, then why are gay men interested? Dr. Lehmiller thinks it might have something to do with sexual gratification. “It provides a convenient way to gratify multiple sexual desires at once. For example, for someone who is into group sex, has a submissive streak, and a lot of voyeuristic urges, cuckolding might be especially appealing. There isn't just one thing that everyone finds appealing about it. It's a sexual desire that can be easily customized to meet a wide range of sexual needs and desires.”

Perspectives
What Is Sexual Fluidity and Why Are Scientists Studying It?
by ANABELLE BERNARD FOURNIER
Advertisement
Have Better Sex! 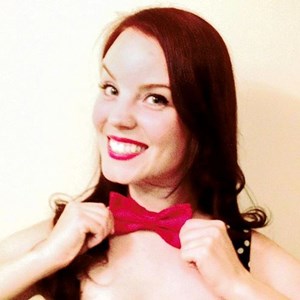