The idea of toxic masculinity is not a knock against all people who identify as men. It’s not a cudgel to beat every man over the head with. In fact, it isn't just about men at all. We're all impacted by it. Toxic masculinity is the concept that what it means to be a “man” is filled with violence, sex, aggression and power. In the simplest terms, it means that for men, shows of “strength” (as defined by society) are good and emotions and vulnerability are bad.

This false dichotomy hurts everyone. For the guy who wants to show a softer side and allow his emotions to shine through, he may spend much of his life trying to be something he’s not or feeling like he’s wrong or unwanted. For the guy who embraces this toxicity, he’s either the asshole you hate or he’s a violent predator, or, more than likely, he'll fall somewhere in between because life is a spectrum.

Of course, if toxic masculinity impacts our emotions, behavior and relationships, it also impacts our sex lives. Here's how.

For those who are still stuck and don’t or won’t reject society’s expectations and labels, they might not even be able to admit that they’re curious. They may reject anything that’s not “normal” sex, which, by the way tends to be code for penis-in-vaginapenetration. Not only does this create problems in a relationship with a partner who wants to explore, it sets up years of repression, shame and plenty of less-than-stellar sex.

Not Wanting to Admit Certain Kinks

On the other end of that spectrum are the people who may be submissive or switches. They might be intrigued by the idea of getting their butt spanked or having their cock and balls tortured or doing whatever they're told. Until they remember that “society” says they’re not supposed to like that. Clearly, plenty of cis gender men overcome these thoughts (if they had them to begin with) and embrace their kinky selves. But what about the men who can't or won't? What do they lose out on? And what about their partner or future partners, who also lose out on exploring these things with them?

Only Their Pleasure Matters

Ask anyone who has ever experienced sex with a cis gender man and we've likely met at least one guy who believed sex ended when they (the person with the penis) was done. Did he get off? OK, everything’s over, we can roll over and go to sleep (or leave, or go get pizza) now.

In this case, that man's partner may be left without the satisfaction a more egalitarian approach to sex includes. The belief that ejaculation indicates sex is over is so pervasive many people go their entire sexual lives without realizing this isn’t OK, even though it seems “normal.”

Read: Got a Penis? Here's How to Have Sex Without It

It would be wrong to not include sexual violence in this list. Of course it does much more than harm sex lives. It hurts people - physically, mentally, and emotionally. Rape culture and toxic masculinity go hand in hand, though. Yes, women can (and do) rape people too, but it’s men who are the overwhelming perpetrators of the crime. We know this.

If this all sounds grim the good news is that good work is being done by those who speak out about rape culture, those who push for more inclusive sex education, and everyone who says, “This is wrong.” Not accepting sexual violence (in all its forms) as “normal” helps. Raising younger generations in a different way helps. Actually punishing criminals helps. But it’s a slow moving ship, and the worst parts of toxic masculinity will be with us for a long time.

That doesn’t mean we can’t keep trying, though. We all need to do more talking about toxic masculinity, what it means, and how to leave it behind. We need a new definition of what masculinity can mean. And we need to embrace the change that comes along with all of that. And as for sex? Well, great sex is healthy, consensual, safe and based on equality. We need more of that too. 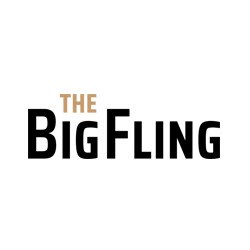 The Big Fling, founded by Carmel Jones, is a review site to help people find their next date, hookup, or relationship online or over the phone. We’re also a community of writers using sex positivity and solid information to fight toxic masculinity in dating, hookups, and relationships. We believe you can have the sex you want as long in a better, healthier way.