How to Get Weed Lube If You Can't Get Weed

When scientists began to investigate cannabis in the '70s, they discovered that the human body is full of neurotransmitters with noteworthy similarities to the active ingredients in cannabis sativa. One such chemical that we all have pumping through our bloodstreams is anandamide (named after the Sanskrit word for “bliss”), which bears a striking resemblance to THC (you know, the stuff that gets you high).

Getting Your Pussy Stoned ... But Not Your Brain

Fortunately, the aphrodisiac effects of good old Mary Jane have inspired some exciting new innovations in sex accessories. You might have heard the buzz about “weed lubes” for women (including the infamous Foria Pleasure, which is available at dispensaries in California and Colorado). When applied to the uniquely absorbent tissues of the vagina, labia and clitoris, cannabis-derived lubes engage with local endocannabinoid receptors to increase blood flow, enhance sensation, diminish discomfort, improve access to orgasm and intensify orgasm, all without the typical psychoactive effects of smoking a joint. (This is great news for people who want to get their plant-enabled groove on but don’t want to eat everything in the house or have panic attacks over strange noises.)

However, for people who live where cannabis is still illegal - which is to say, most of the planet - weed lube is merely an inspiring reason to vacation in California or Colorado. But that isn't exactly practical. So what if you're still weed-lube-curious? Here are a few options.

Making Your Own Weed Lube

This is most feasible for crafty types who live in states with medical, but not recreational, marijuana laws. If you have an MMJ card, you can give it a shot - weed lube in a handsomely decorated jar certainly makes for interesting birthday presents, hostess gifts and party favors.

Advertisement
MORE FROM FORIA
All Articles

If you don’t have access to medical-quality marijuana, or you don’t feel like hovering over a cauldron of green grease for several hours, don't worry, all is not lost! There is an alternative. The answer is that other famous cannabinoid that’s been getting a lot of attention lately - CBD.

CBD oil is the new hotness. People use it for everything from calming anxiety to regulating digestion to easing chronic pain. It’s safe and well-tolerated (if it comes from a reputable source), it’s legal everywhere and it can work wonders for your sex life without making your house smell like an inviting target for John Q Law to barge in. 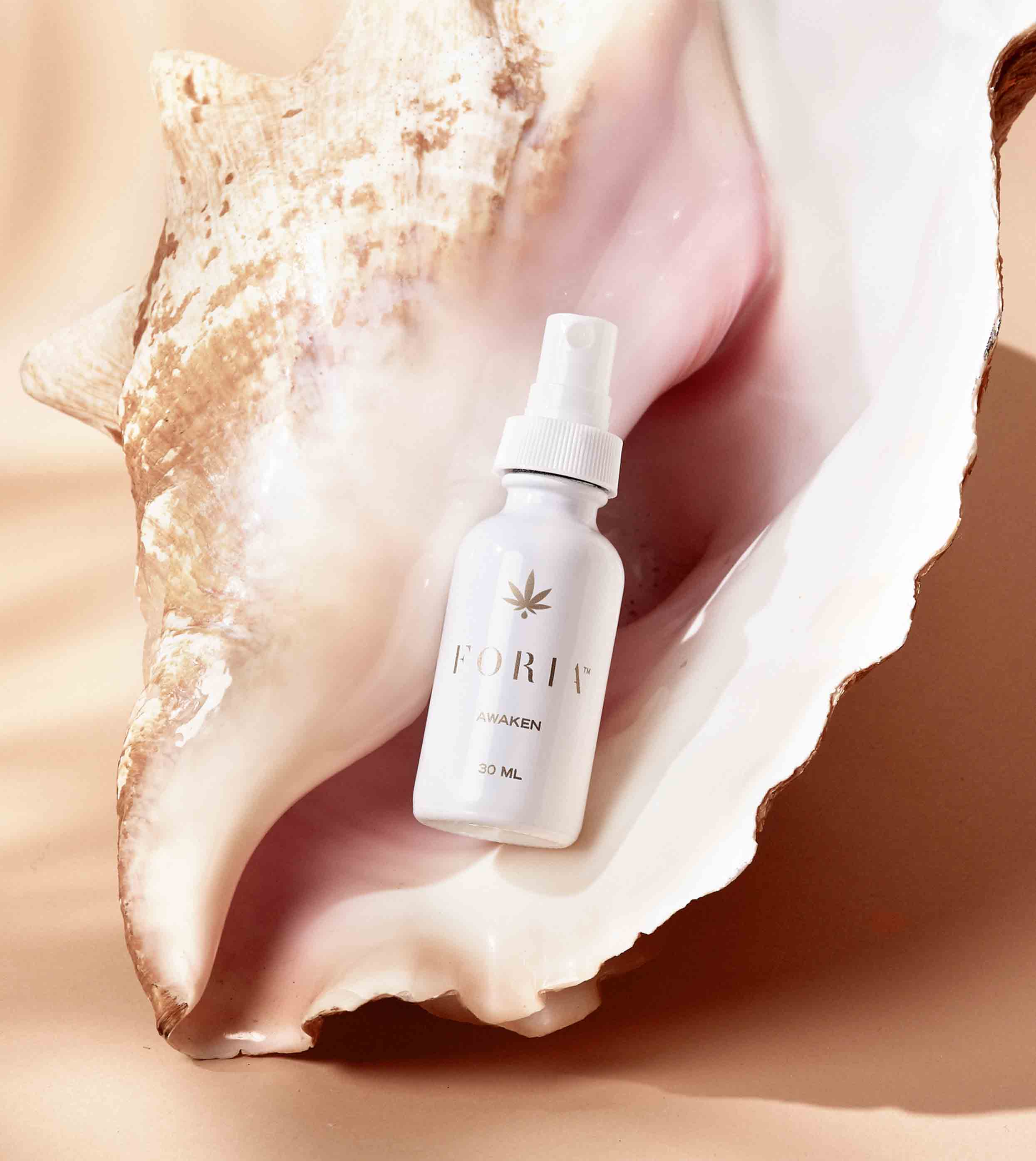 Much like THC, when applied to your slippery bits, CBD interacts with the endocannabinoid receptors in the pelvis to reduce inflammation, soothe stress, and ease discomfort. That's good news, as painful sex is a widespread problem for women that few people really talk about.

CBD also stimulates blood flow to those erectile tissues that are so important for arousal and orgasm. The body relaxes, and the mind stays present. Whether for solo sex or sex with a partner, adding CBD to the mix can be a powerful and effective gift to the body - and the libido. All this occurs without noteworthy psychoactive effects, but since CBD promotes relaxation in general, you may notice a definite increase in mmmmmmm if you incorporate it into your sex life.

Since CBD is everywhere, it was only a matter of time before it found its way into lube. You can make your own CBD lube using the method above, provided you use a no- or low-THC strain of cannabis (ask your budtender for help). Or ... you could just buy some! Foria’s Awaken (developed after a curious public began asking how to get weed lube outside of California) ships everywhere.

Awaken also features an array of tasty botanicals that synergize with the CBD to enhance its therapeutic qualities. No matter how you go about it, friendly cannabinoids and sex are two great tastes that taste great together.

Want to give Awaken a try? Foria is offering a 15% discount to Kinkly readers. Click here to shop, and enter the code KINKLY15 at checkout.

MORE FROM FORIA
All Articles